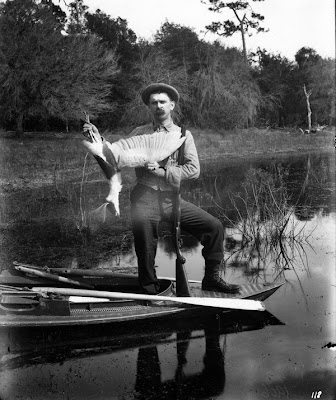 This image from the Florida state archives tells this story: "In the late 1800s many species of Florida's wading birds were nearly driven to extinction by plume hunters. The plume trade, which supplied feathers for popular ladies' hats, was highly profitable. In 1903 the value of an ounce of egret nuptial plumes, called aigrettes, was estimated to be worth twice the amount of an ounce of gold. Despite laws against plume hunting passed in Florida in 1891 and again in 1901 hunting did not stop. Wading bird populations in Florida suffered until the sale of wild bird plumage was made illegal by the New York legislature in 1910. Today (2009) all species of wading birds are protected by state and federal law."-Florida State Archives. 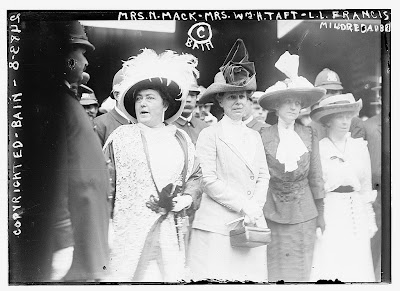 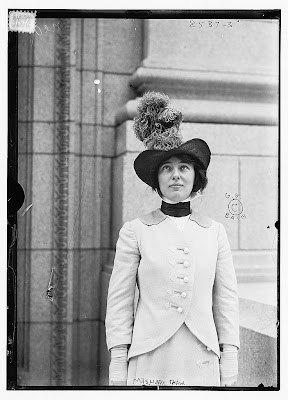 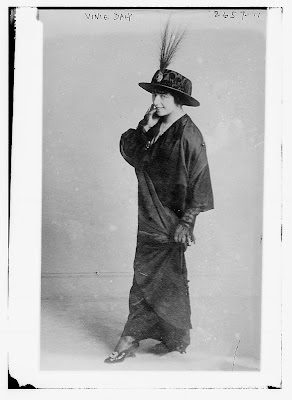 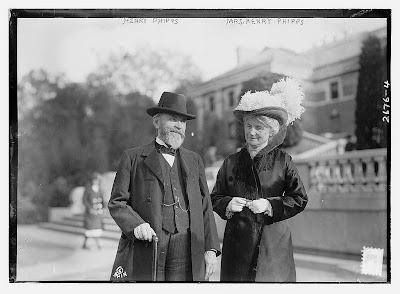 "Fashionable" ladies wearing hats with bird plumage
from the Library of Congress
An interesting fact is that the fight to stop plumage in ladies hats was on reason for the formation of the Audubon Society. According to the post on answers.com about the Audubon Society's history, the organization began when the editor of Field and Stream magazine became leader in a movement to outlaw the slaughter of birds for the purpose of decorating women's hats. "Membership was open to everyone refusing to wear bird feathers as ornaments and/or willing to prevent the killing of wild birds not used for food and the destruction of their eggs," and in the first issue of Audubon Magazine it was reported that the hunting of birds "now takes place on such a large scale as to seriously threaten the existence of a number of our most useful species."

A monument in Punta Gorda takes up the story stating that "in 1901 the Audubon Society persuaded the state to adopt laws protecting Florida wildlife, especially plumage birds." The state however provided no manpower to enforce the laws so two wardens hired by the Audubon Society were deputized to protect Florida's birds. The warden assigned to the Everglades, Guy M. Bradley, was found shot to death by poachers in 1905. The other warden, Columbus G. McLeod, disappeared from the Port Charlotte area in southwest Florida and was presumed murdered in 1908. The marker continues "This second death of an Audubon warden sparked a a national campaign against the wearing of feathers, and shifted public sentiment in favor of strong enforcement of wildlife laws and the prosecution of plume hunters." 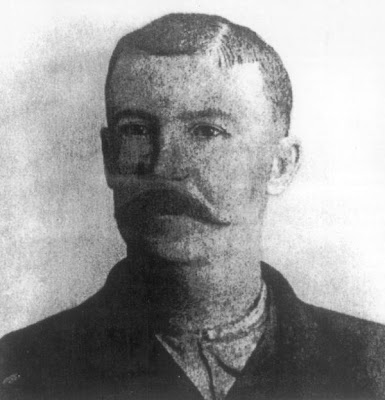 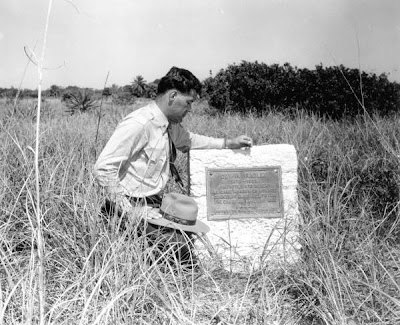 Ranger at monument for Guy Bradley in the Everglades, 1957
from the Florida State Archives 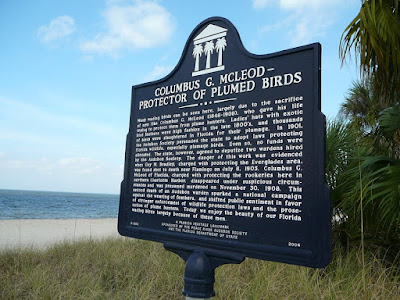