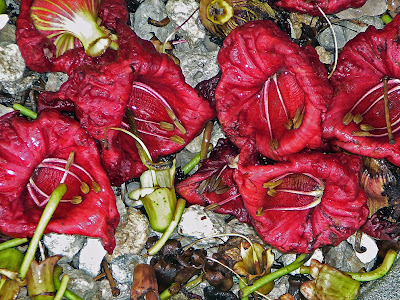 Just across the street from Thomas Edison's lab and the adjacent museum lie the Winter Estates of both Thomas Edison and Henry Ford. Edison bought the land for his home on the Caloosahatchee River from Sam Summerlin, the son of Orlando's "Cattle King", Jacob Summerlin. The Summerlins drove cattle all the way from the Caloosahatchee in Southwest Florida to just south of thte Georgia line, a trip of forty days. The elder Summerlin supplied much of the confederacy with beef during the Civil War and donated the land to Orange County for the courthouse, now the History Center.

Edison kept the Summerlin house in Ft. Myers and added on to it, and it ultimately became his Caretaker's House. Eidson's main house was built to the south (called Seminole Lodge) and beyond that was the home ultimately owned by Henry Ford (called The Mangoes.)

The houses were wonderful, but even on a damp rainy day Edsion's tropical gardens were glorious. Originally began as an experimental garden, Edison brought in exotics from all over the world. Bamboo first attracted him to the site; it was instrumental in the development of the lightbulb as he experimented with bamboo filaments. The tropical plants were supplemented with roses, orchids and bromeliads of Mrs. Edison. Today the garden boasts over 320 varieties of plants including 5 champion trees, the amazing Banyan originally given to Edison by Harvey Firestone plus 13 other ficus varieties, palm trees from 6 of the 7 continents, and mature tropical fruit trees. The garden is balanced so that there is something blooming every month. 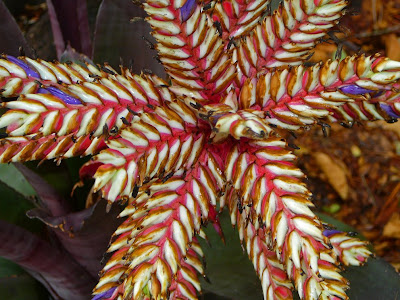 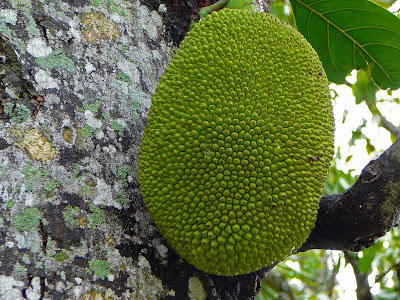 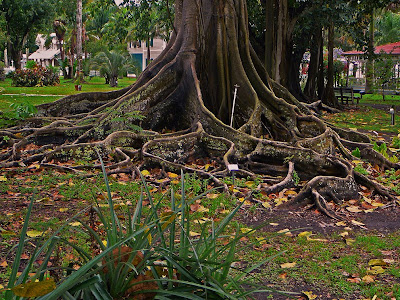 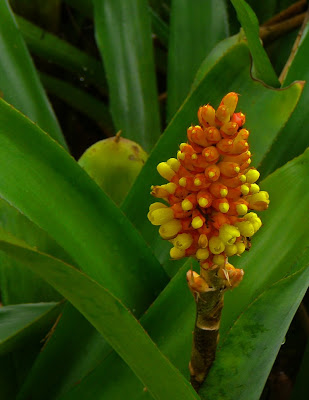 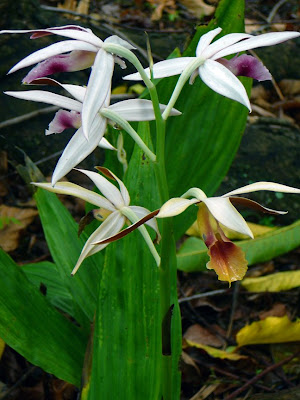 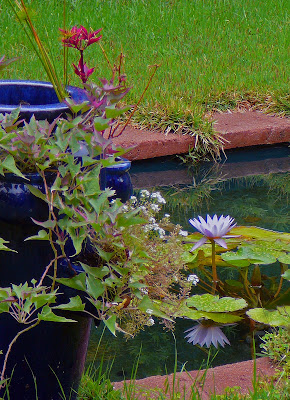 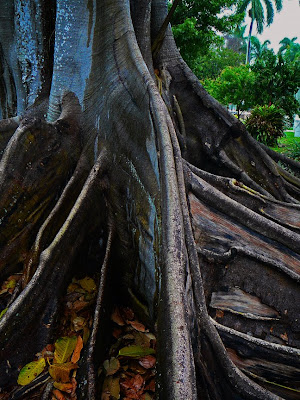 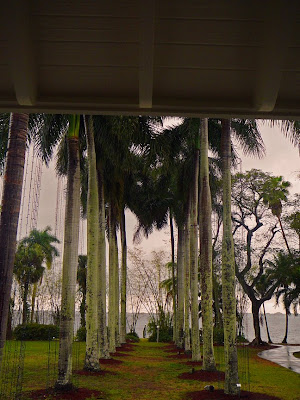