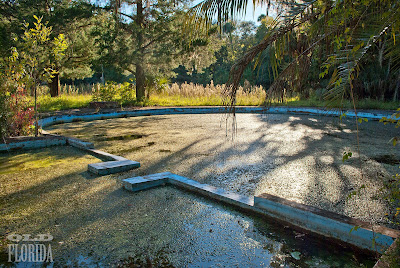 The origins of my partnership in the Springs Eternal Project can be traced to a small spring in Gainesville. My working relationship with artist/professor Lesley Gamble and photographer John Moran began at Glen Springs, where we removed clumps of algae with rakes in an effort to help clean up the tiny spring behind the Elks Club. That chance meeting was the beginning of a collaboration that led to me designing John's Springs Eternal exhibit and several of Lesley's Urban Aquifer buses. The Springs Eternal Project works to inspire Floridians to "value, conserve, and restore our precious waters." Besides being the graphic designer for the project, I include information about the project whenever I have a speaking program for my book.

The three of us rarely get a chance to visit a spring together, but it was only fitting that we re-unite to check out a small spring in the Gainesville area. In this case it was Magnesia Springs, located in tiny Grove Park near Hawthorne. Currently for sale, this spring has an interesting history, originally opening to the public in 1928. According to a website called Mixsonian.com, the spring and 640 acres surrounding the spring was originally purchased by Civil War veteran J.L. Brown in 1882 as a potential place of healing for Brown's extensive war injuries. Brown's son-in-law, G. Hartwell Kelley, developed the property, digging pools in 1929 and expanding them in 1932. The water from the 4th magnitude spring was also bottled and 5 gallon jugs sold for 50 cents each. The Kelley family owned and operated the spring as a recreational facility open to the public for decades; here's footage of the spring from 1941. Gainesville Mayor Gary Junior purchased the property in 1990 and developed it into a summer home, according to the Mixsonian site, and in 1999 it was sold to Tom Dorn. According to this 2007 article in the Gainesville Sun, Dorn hoped the pool could be one day re-opened to the public again. The property is on the market, and the future of this site is uncertain.

John Moran arranged for our visit, and as we stopped to chat with the couple living on the property we warned about the abundance of water moccasins on the site. After seeing a bag of "Hi-Yield Snake Repellent" in one of the buildings near the spring, I realized she must not be exaggerating! 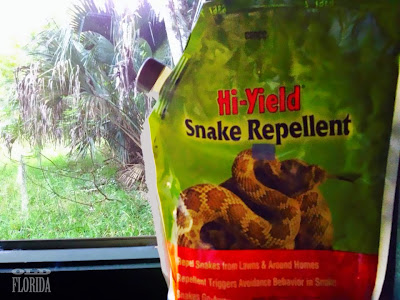 The spring boils up in a pool that is filled with hydrilla, an invasive aquatic plant. On either side of the pool are two artesian wells where the water bubbles up with enough force to create boils on the surface. From the spring head the water is piped into two other other pools nearby. Those are covered with Duckweed, but the water underneath appears clear. There are several spots in those pools where the surface is free of Duckweed, but I couldn't determine whether or not whether these were the result of more spring vents or merely the locations where pipes entered from the main spring. 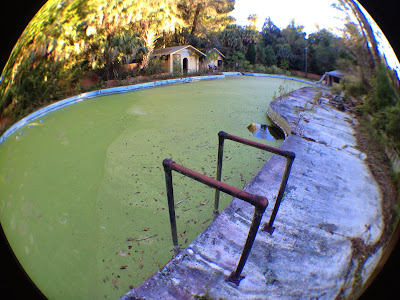 Surrounding the pool are several buildings, survivors of the era when the spring saw lots of use as a  recreational facility. My father told me that we visited the property when I was a kid, but I have no recollection of it. There is a rebuilt water bottling facility, a concession area, changing rooms, storage areas, and more. There was evidence the family who owned it still utilized the spring occasionally, but otherwise it was frozen in time with old signs and ephemeral details hanging on from the spring's past. I surveyed the property, being extremely cautious of every step, ever mindful of potential snakes. 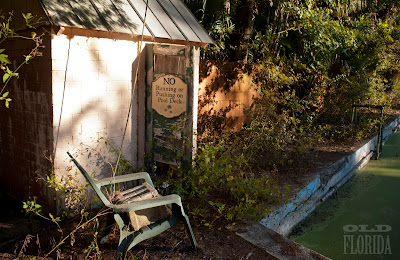 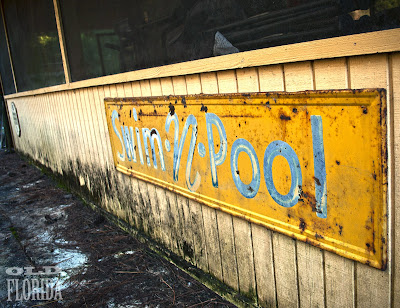 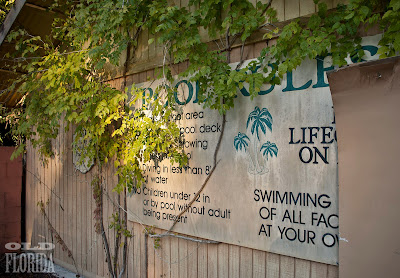 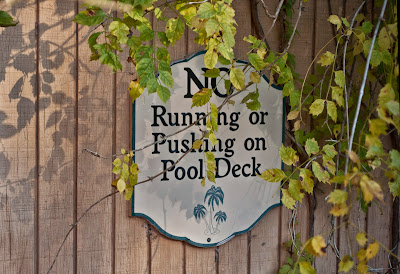 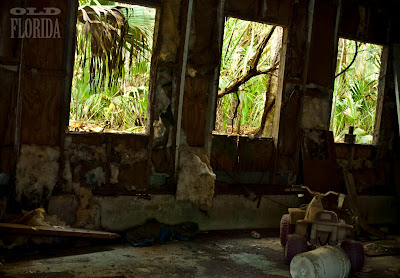 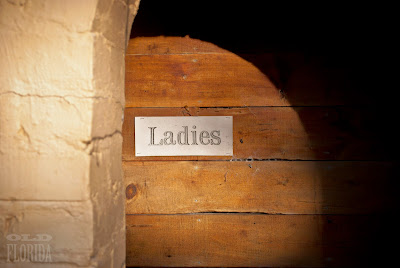 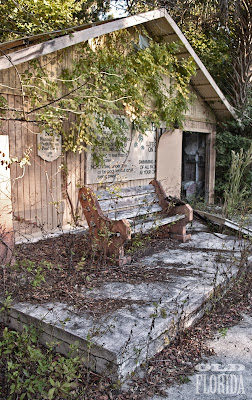 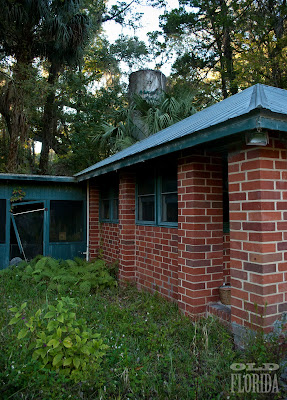 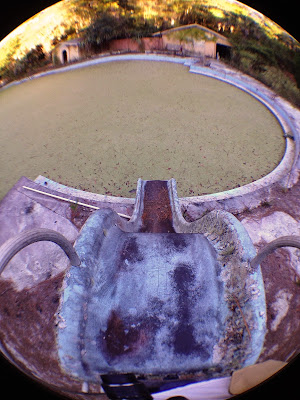 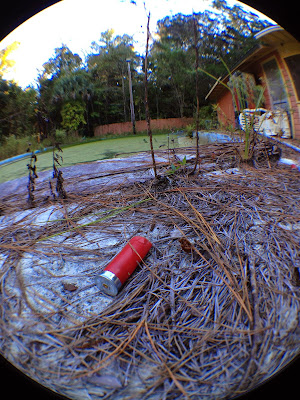 My Springs Eternal Project partners went to work as well, John found interesting compositions to best document the site. Having shot with him on several occasions I am constantly amazed at his technical proficiency and his remarkable vision as a photographer. His experience as an editorial photographer for the Gainesville Sun combined with his unbridled zeal for Florida's springs give him the ability to make magical images everywhere he goes. 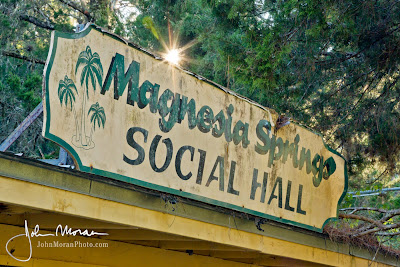 Lesley, affectionately dubbed the "Turtle Whisperer" for her ability to get miraculous video images of turtles, was fresh off the hugely successful internet debut of her short film "Swimming Through Air." Words cannot express the awe and wonder I felt when first seeing her images projected on a huge screen behind the Gainesville Symphony Orchestra as they performed Frederick Delius' Florida Suite. On this day she was stalking tiny minnows, capturing sublime underwater imagery.

The three of us approached the spring from different angles: John looking for beautiful photos for possible use in his upcoming book, Lesley adding to her library of stunning video images, and I was fascinated with the history and culture surrounding the spring, seeing it as an unexplored commercial archeological resource. Collectively it is our hope that we can move the bar on public awareness and make a difference in protecting and preserving these "bowls of liquid light" as Marjorie Stoneman Douglas once called our springs.

After posting i-phone images on Facebook of the spring, several comments reflected hope that the spring could one day be restored and re-opened to the public. John noted that he is only aware of one pool where the public can still swim in spring water and that is Green Cove Springs. We all agreed that the potential for restoring this spring remained intact but it would be a challenging task. Yet hope springs eternal.


Please note: Magnolia Springs is located on private property and we had permission from the owners to visit. On behalf of the owners I want to emphasize that visiting the spring without permission is trespassing (and there are water moccasins everywhere!)