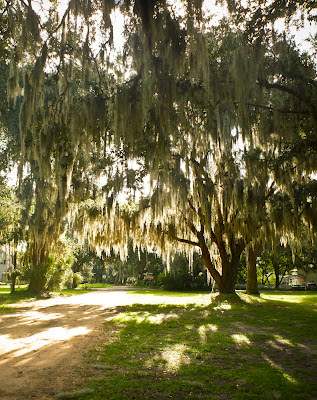 This morning's bike ride was on the West Orange Trail on the southern edge of Lake Apopka. The trail follows the railroad that was established in the 19th century to ship produce grown in the region. I took the the trail from Oakland to Winter Garden with numerous side trips off the trail to take pictures. I was really needing an Old Florida fix, and this little excursion did the trick.

It had been a number of years since I biked the trail and its popularity has exploded in the interim. The parking lot was full and there were very few segments not being used by bikers, joggers or walkers. There are many new developments along the trail, including the Oakland Nature Preserve, a major force in preserving the region's history and natural environment. Unfortunately, Orlando's sprawl is encroaching and new suburbs have appeared near Oakland. There were two residential developments that showed the effects of the economy with paved roads and utilities but no houses.


I saw the presence of the citrus industry in several spots; commercial packinghouses still remain even though very little citrus is grown in Orange County these days. It was fun to imagine trains taking this route through acres of groves and going for miles without seeing settlements. The small town of Oakland was put on the map when Judge James Speer agreed to give Russian Peter Demens 200 acres of land along the edge of Lake Apopka in exchange for routing the railroad through the tiny community. Oakland "boomed" from 1880 to 1890 until a devastating freeze crippled the citrus industry and a fire ravaged the community. Today the evidence of the towns history is intact in the form of some wonderful old homes and a few commercial buildings. 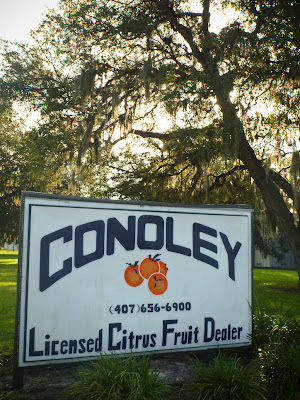 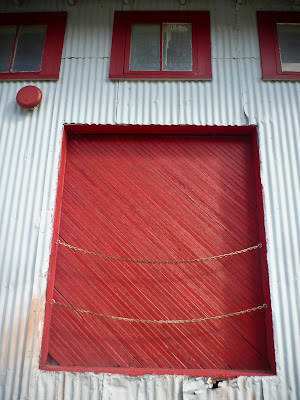 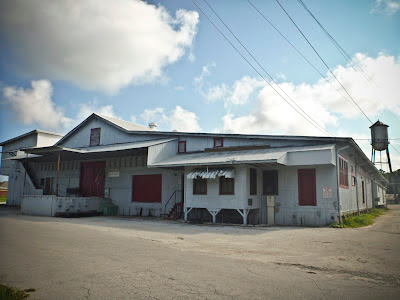 Between Oakland and Winter Garden lies an area known as Tildenville with more fantastic 19th century homes, shady dirt roads, and enormous live oaks. Before reaching the quaint little downtown of Winter Garden, I went down to the lakefront of Lake Apopka. Newton Park originated as a tincan tourist camp, but was developed as a project of the New Deal in the 1930s. Several buildings and two arched bridges remain from that era. I shared the park with a plethora of wading birds, turtles, and some invisible alligators, that were heard but not seen. I found it interesting that on this holiday weekend the trail was jammed with people but the lakefront was deserted. Of course Lake Apopka, at one time the third largest lake in Florida, was horribly polluted by years of harmful agricultural practices. Once one of the premier bass fishing lakes in the state, the lake used to be ringed with fish camps. Today no fish camps remain and the lake is undergoing restoration with hopes of one day reestablishing an environmental balance. One of the more positive signs in the restoration has been the return of thousands of migrating birds every year. The latest threat, however, is a plans to enlarge a small airfield on the north side of the lake into a full scale airport. Environmentalists are concerned that this would have a detrimental effect on the birds, and they are trying to create a National Wildlife Reserve for the area.


My ride through West Orange County allowed me to fill my need to see some Old Florida and I also experienced all sorts of unexpected wildlife, from hawks to snakes. Every year the Audubon Society does a bird count around the lake, an event I'd love to participate in it someday. It will be interesting to see what happens to this large lake with a troubled past.

Postscript: For more information on West Orange County's history, I recommend "Sundays in the South: Touring West Orange County" by Rod Reeves and Kay Cappleman and "What Can I Say?" the excellent blog by Jim Crescitelli.
Posted by Rick Kilby at 8:31 PM 3 comments: