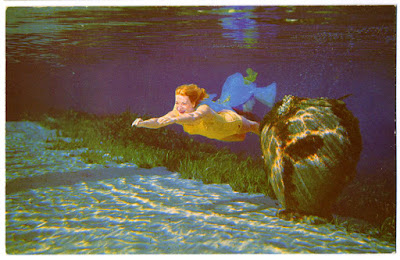 The desire to jump into a pristine Florida spring can be overwhelming, especially in the dastardly days of summer. But states' most famous array of springs, Silver Springs, started out as a natural wonder worthy of awe and contemplation, long before it became a recreational resource for swimming. One of the first written accounts of Silver Springs, penned by an officer of the U.S. Army in 1826, described it as a "magical theatre of nature" where one would ponder in "our inward thought the marvelous works of the divine Maker of heaven and earth."

It is likely the hordes of Gilded Age visitors who arrived at Silver Springs by steamboats initially were just there for sightseeing. Attitudes towards swimming transformed later in the 19th century, as the exercise was looked at through distinctions of class. "Prior to the 1850s, middling and well-to-do Americans rarely lunged into natural waters for recreation or amusement" notes writer Jeff Wiltse in his book, "Contested Waters." That changed by the early 20th century as attitudes towards exercise and spending time outdoors were seen as healthy pursuits. But the presence of safety lines stretched across springs or extending into the surf in Gilded Age photographs seem to indicate that there were many during that time period who did not yet swim well.

At some point, however, swimming at Silver Springs became a popular attraction, and those who desired a plunge into the crystal clear waters found a way to whet their appetites. Perhaps the earliest evidence can be found in photographs showing a bathhouse at the spring. By the mid-twentieth century, swimmers competed with glass bottom boats and photo subs for space in the springs' main basin, which had a floating platform and a diving tower.

I have vague memories of visiting Silver Springs as a young child in the early 1970s, but no memories of swimming – only glass-bottom boats, the statue of Osceola, and the twisted horseshoe palm. I'm not sure when people stopped recreational swimming at Silver Springs – perhaps it was when the adjacent Wild Waters Water Park opened in 1978 – reflecting the public's emerging preference for a more sanitized swimming experience.

Decades passed between my visits to the park. As an adult at Silver Springs, I experienced a Johnny Cash performance during a thunderstorm while standing in several inches of water.  My wife and I witnessed the tail end of the theme park era when there were unhappy animals pacing in captivity. And later I returned to take pictures with my underwater point-and-shoot camera, canoeing up the Silver River, and avoiding alligators who seemed to want to eat my point-and-shoot camera. I've also reveled in the Old Florida experience of a glass-bottom boat ride.

Yesterday,  September 4, 2020, the Florida State Park system announced that in about eighteen months swimming will return to Silver Springs. On one hand, it would be a thrill to actually swim in Florida's most legendary springs, whose amazing waters made Harriett Beecher Stowe claim that there was nothing comparable to on the earth.  But I am nervous about the alligators, who have had the run of the place for quite a long time now. And I am concerned about the impact swimmers might have on the fragile ecosystem of the spring. Perhaps, it will open up the State Park to a whole new group of people – people who will become advocates for protecting the spring and restoring it to a pristine condition. That could be a good thing.
Update: According to this article in the Ocala Star Banner,  swimming at Silver Springs stopped in the 1950s because of liability issues. It returned briefly, however, in the summer of 1998. 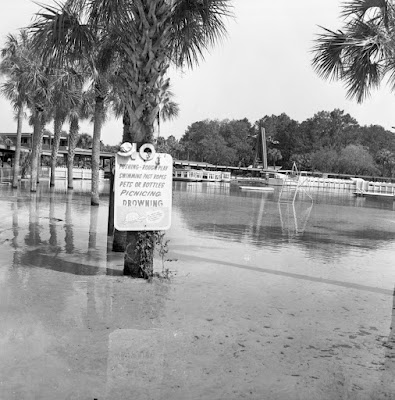 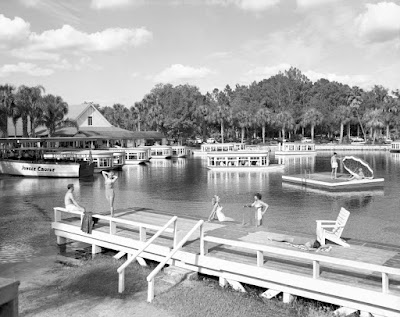 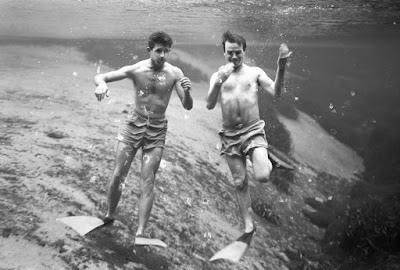 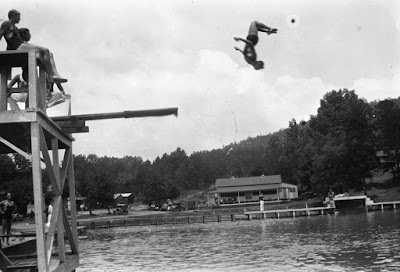 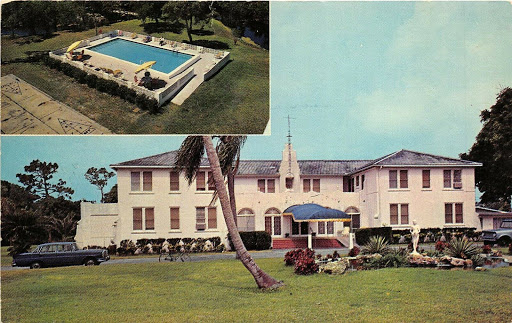 Florida has at least 1,000 artesian springs and my new book, Florida's Healing Waters, documents twenty-two spas that were built adjacent to mineral springs during the Gilded Age. They range from places so popular that entire towns developed around the facilities, such as Green Cove and White Springs, to others so ephemeral that the only evidence they ever existed is in the travel literature of the time, such as Moncrief Spring near Jacksonville. It is also likely that many springs were used for therapeutic bathing by locals, but never commercially developed. And some facilities were enhanced with the addition of water from artesian wells, or "pseudo springs."
Most of these spring-based spas tended to be in the northern part of Florida where there is a higher concentration of springs. A handful existed in Central Florida, but one of the few that was built in South Florida was the spa at Shangri-La Springs in Lee County.
The spa originated when Harvie E. Heitman, a prolific businessman and early developer of Southwest Florida’s Lee County, and his brother built Bonita Springs’ Heitman Hotel in 1921 as a built as a place for potential real estate investors to stay. The town of Bonita Springs is said to be named for a sulphur spring on the hotel grounds (the town was previously known by the unremarkable name, Survey.) It is claimed that the spring was sacred to the Calusa Indians who lived in the area hundreds of years ago.
Heitman died in 1922 and the hotel endured several owners and multiple name changes until osteopath Dr. Charles Gnau bought the property in 1962. It was Gnau who saw the potential of the resort as a place of healing centered around the spring. Gnau believed the water of the spring “compared favorably” to the famed waters of the Baden-Baden Spring in Germany. He was ahead of his time, advocating for a holistic approach to health, including eating organic produce and exercising regularly. Gnau built a spring-fed pool with an Indian maiden statue to the property. The next owner, Dr. R.J. Cheatham renamed the resort the Shangri-La Hotel and developed it into an institute of hygiene.

Today the Shangri-La Springs resort is operated as a day spa, hotel, and restaurant, offering locally grown organic food and a variety of spa treatments including massage, reiki, saunas, reflexology, and aromatherapy. 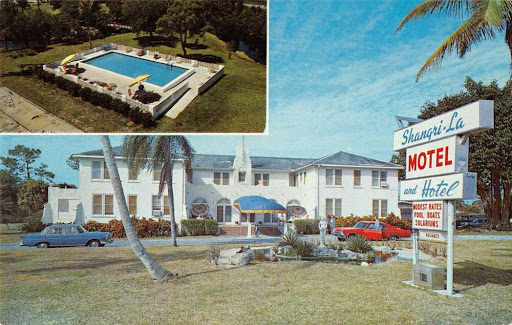 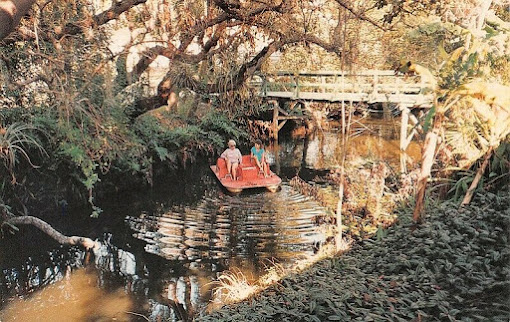 Posted by Rick Kilby at 7:17 AM No comments: