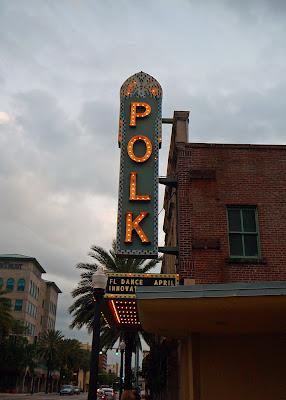 When I was offered free tickets to see the Florida Dance Theatre perform their Innovations show, I jumped at the opportunity, not only to see the performance but also to get to see the Polk Theatre. Built in 1928, the theatre designed by J.E. Casale is one of three of this style in the state, the Tampa Theatre and the Florida Theatre in Jacksonville being the other two. The theatre is described as a re-creation of a Mediterranean village "flanked by Italianate walls with niches, sconces, and faux balconies and windows" with a the "full scale Italian renaissance 'townhouse' setting that dominates the Polk’s interior." 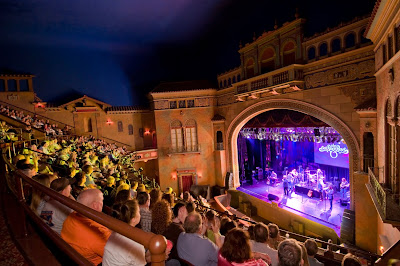 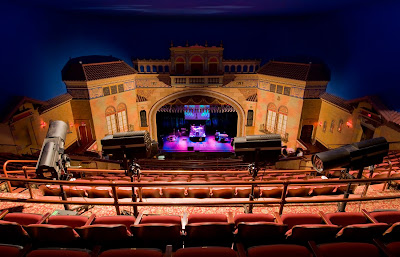 Polk Theatre interior shots ©2009 Kilby Photo
According to the theatre's website, the Polk originally showcased both live vaudeville acts and films. "There was a stage trap door that was particularly useful for magic acts. Enticing locals with the “Hollywood Scandals” were the McCord Dancers, the Sun-Tan Revue, and The Green Pastures. The Chinese Houdini, Li Ho Chang, also performed live on stage, and of particular note was Sally Rand with her famous fan dance. Other notables to perform through the years include, Tommy Dorsey, Harry James, Gene Krupa, Eddy Arnold, Tom Mix, Gene Autrey, Glenn Miller and the king himself, Elvis Presley in 1956."

The theatre was restored in 1999 but as is the case with any old building, it needs constant maintenance and repairs. 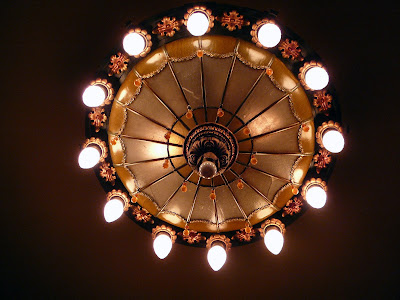 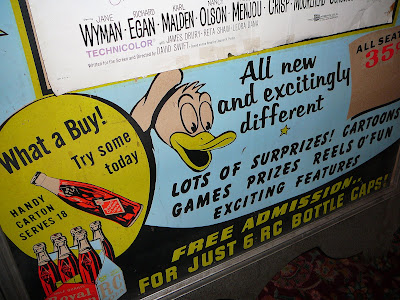 I was much impressed by the building's decor, it reminded me very much of the Kimo Theatre in Albuquerque. However I was completely blown away by the performance of the Florida Dance Theatre. My brother does the photography for the Lakeland-based dance company, or otherwise I would have never heard of the group. I'm really not much of fan of dance I must admit, but if all dancing were like Innovations, that would be different. The show was more like Cirque du Soleil than Swan Lake, with the show broken down to short vignettes with multiple costume changes and a great deal of unpredictability. The movements were amazing, and to my untrained eye it appeared as if they were pushing the limits of the dance medium. I was entranced throughout the entire program. Sadly the attendance was pretty small, as Lakeland is not a huge market for this type of event. It was disappointing because the entire performance was amazing, creative and skillfully executed and the seeing the theatre alone was worth the drive over from Orlando. 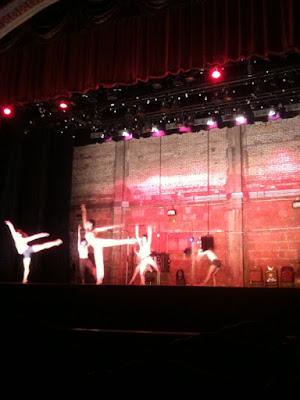 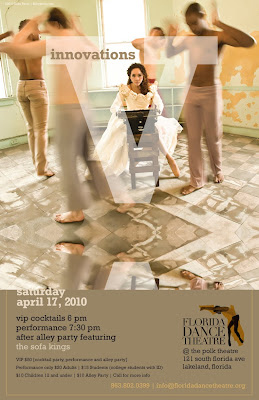