April 2,  2013 marks the 500th anniversary of Juan Ponce de Leon’s naming of Florida.  The commemoration of Ponce’s landing has been designated by our state as Viva Florida 500 and Florida’s history will be highlighted throughout the year.  But because our state’s rich past is often misunderstood and ignored, I’ve prepared 7 Florida historical nuggets to prepare you for 2013. See how many you already know. 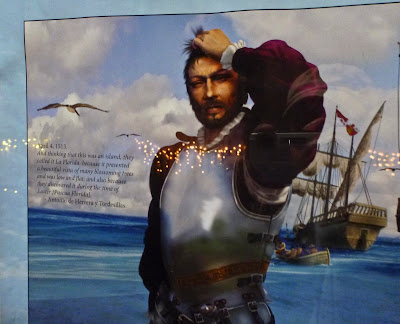 Fact or Fiction: Ponce de Leon discovered Florida.
Fiction: At the time of Ponce’s arrival in Florida, it is estimated that close to a third of a million Native Americans already lived here. The Timucuan, Calusa, Apalachee, Ocalii and other tribes lived in Florida thousands of years before the arrival of the Europeans. By the end of the 18th century, the last of these original Floridians, who had no immunity to the diseases brought by Europeans and enslaved Africans, were finally driven out of the state by the English and their Indian allies.

Historians also believe that it is likely that other Europeans may have made unauthorized slaving expeditions into Florida before Ponce ever got here. 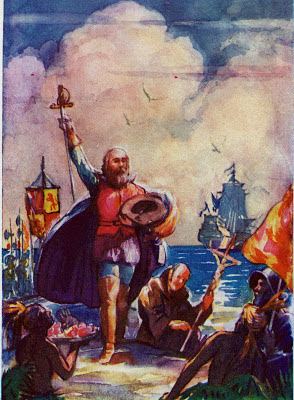 Fact or Fiction: Ponce de Leon was searching for the Fountain of Youth
Fiction: The origins of the Fountain of Youth legend can be traced back to the ancient Greeks and stories associated with Alexander the Great. While it is possible that Ponce had heard Indian legends of life-giving waters, the myth was not associated with Ponce until written accounts more than a decade after his passing. Historian Fernandez Oviedo, who seemed to have had a bone to pick with Ponce’s family, may have started the myth by writing that Ponce sought the fabled waters as a cure for impotence. In reality, Ponce was driven by the search for gold and glory.

Before landing in Florida, Ponce had become wealthy through agriculture and by supplying Indian labor for gold mining in Puerto Rico. When Columbus’s son Diego challenged his power, Ponce sought a charter from the King of Spain to explore the lands further north. In his two expeditions to Florida, Ponce encountered hostile natives, and was critically wounded on his second journey here and later died in Cuba. 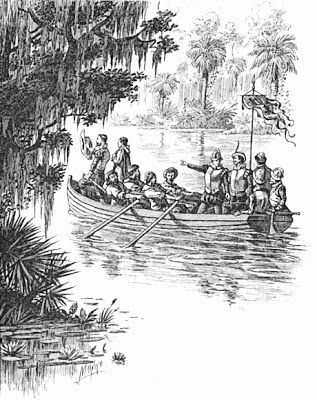 Fact or Fiction: Ponce de Leon landed in St. Augustine
No one knows exactly where Ponce landed. St. Augustine has always made the claim to be where he came ashore based on a 17th century chronicle that says Ponce landed south of Ponte Vedra Beach. However a contemporary historian re-traced Ponce’s journey and landed near Melbourne Beach. Both sites now claim to be the site of Ponce’s first footsteps on land.  The truth is, we may never know, as there is no archaeological evidence of his landing. 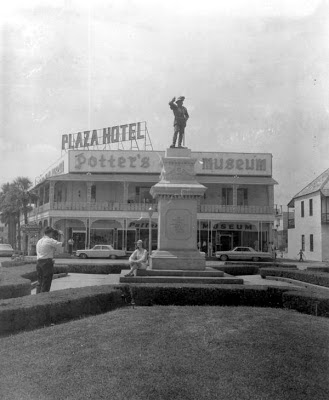 Fact or Fiction: The English colony of Jamestown was the first settlement in the new world.
Fiction. St. Augustine was settled in 1565 by Pedro Menendez de Aviles. By the time the English landed at Plymouth Rock, the settlers in St. Augustine had children and grandchildren that were born in North America.  Historian Michael Gannon jokes that by the time Jamestown and Plymouth were settled “St. Augustine was up for urban renewal.” 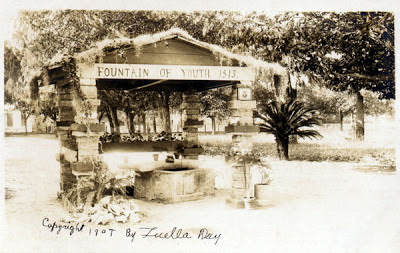 Fact or Fiction: The Fountain of Youth attraction in St. Augustine is a fraud.
It depends on who your believe.
• Near the end of the 19th century, “Diamond Lil” McConnell uncovered a well on her St. Augustine property.
• Nearby was a rock cross with 15 vertical stones intersected by 13 stones horizontal stones. She believed it was a reference to the year of Ponce’s landing, 1513. She also claimed to have found a silver urn with a parchment inside that she thought confirmed the location as that of Ponce’s landing and the nearby well as the Fountain of Youth.
• In the early 1900s she opened her property as an attraction allowing visitors to drink the fabled water.
• After McConnell’s death the park passed to the Frazier family.
• In 1940s the Fraziers sued the Saturday Evening Post because the magazine asserted the property was not the Fountain of Youth. The Fraziers won the lawsuit and still own the park to this day.
• While historians agree the connection to the mythical Fountain of Youth is fabrication, the site has enormous archaeological value. 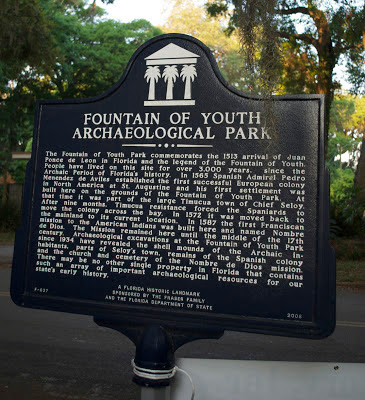 Fact or Fiction: St. Augustine was a destination of the Underground Railroad.
Fact: 100 years before the Emancipation Proclamation, escaped slaves fled the British Colonies and headed south to freedom in Florida.
• The Spanish granted the slaves freedom if they pledged allegiance to the King of Spain and converted to Catholicism.
• The first free community of former slaves in the US was called Fort Mose (Moh-say). Just north of St. Augustine, the Fort was the first line of defense against the enemies of Spain. 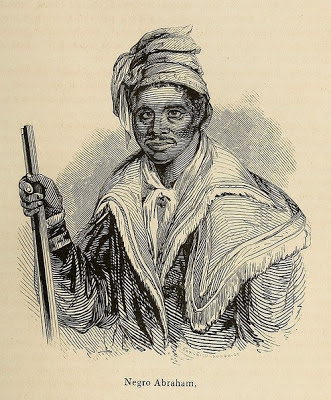 Fact or Fiction: Members of the Seminoles Indians included escaped slaves
Fact: In the early 1700s the English began attacking the Spanish in Florida from their colonies in the Carolinas.
• They enlisted Indian tribes from outside the state to attack Spanish strongholds which included the remaining indigenous Indian settlements, many of who had converted to Catholicism while under Spanish rule.
• By the end of the century most of the native Indian population was wiped out and these tribes from further north, mostly Creek Indians, began to move into the state.
• These Indians, joined by escaped slaves, became autonomous and were called cimarrones by the Spanish, which means “runaway or wild ones”. This morphed into the term we use today, “Seminoles.”
• In the 19th century members of the tribe sought refuge in the Everglades, and today the descendants of these people live mostly in South Florida…

Coming full circle, just last Monday in South Florida, the Big Orange ball that drops to start the new year in Miami was renamed La Gran Naranja to honor Florida’s 500 year-old Spanish cultural heritage, and mark the beginning of 2013. Throughout the year, programs statewide will mark the anniversary of Ponce’s landing in La Florida.

The above is an excerpt from a speech delivered last night to Toastmasters Chapter 1066, which meets on Monday nights at 6:45 at Legends Sports Bar on Orange Avenue in Orlando. In preparation for speaking events associated with my upcoming book release, I have been attending Toastmasters to improve my presentation skills.