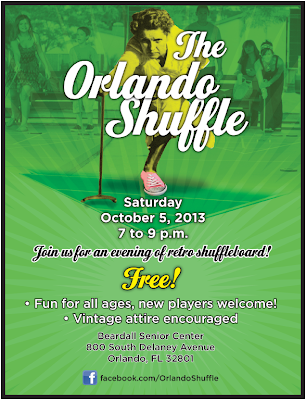 The Orlando Shuffle is free, and it’s family-friendly. It will take place on Saturday, October 5, 2013 from 7 to 9 p.m. at the Beardall Senior Center, at 800 South Delaney Avenue between Orange and Delaney Avenues. Retro attire is encouraged.
Posted by Rick Kilby at 10:56 AM