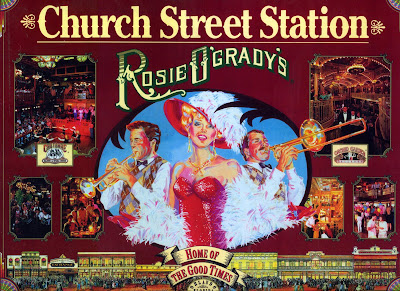 I recently had the opportunity to review items that will be put up for auction from Church Street Station. The downtown Orlando complex formerly highlighted antiques collected by its founder, Bob Snow. Over the years he amassed an amazing collection of antique automobiles, architectural elements, furniture, paintings, sculpture, etc. He also hired a talented woodworking crew to create hand-crafted quality wood pieces that helped to integrate the antiques into the attraction in a seamless manner.

Bob Snow sold Church Street Station to Baltimore Gas and Electric who tried for years to make it a profitable operation. When they tired of trying to re-coup their large investment they unloaded it and a series of bad owners insued, each one seemingly worse than the last. Finally recording industry mogul Lou Perlman, who ultimately ended up in prison, cannibalized much of what was left of Church Street. And what he did with Church Street Station's furnishings was a crime as well.
The newest building on the complex was a 3 story shopping mall called The Exchange built in 1988. Beneath this beautiful Victorian structure was a basement used for storage and the uniform department when the attraction was in its prime. Mr. Perlman, who embezzled millions from his clients, piled all the furnishings, antiques and contemporary pieces, 6 feet high in the basement. Many incredible items were damage beyond repair. 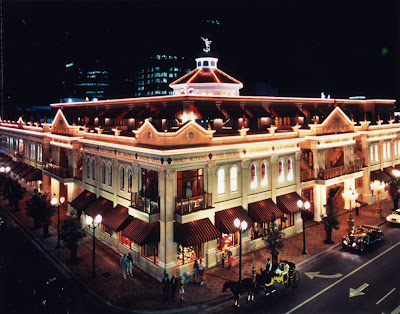 The Exchange Shopping Emporium in the late 1980s
The person in charge of cleaning up Perlman's mess and preparing salvageable material for auction, is an acquaintance of mine who knew me from my almost 9 years of working at Church Street Station. Thinking that I might find sentimental value in some of the ephemera that would be thrown away, she allowed me to peruse room after room of what is left. Hundreds of chairs, tables, lamps, and paintings await auction. Seeing the potential to collect material to document this sliver of Orlando's history, I brought the curator from the History Center with me as well. I salvaged some collateral and ephemera, but more importantly we were able to find some interesting artifacts for the History Center.

So I guess this leads me to question whether I am trying to hold on to the past by collecting old postcards, photos and menus from this an attraction that will more than likely never re-open again? As an avid collector of ephemera from old Florida attractions, I say while I may be sentimental, there is a tangible value in preserving reminders of this significant era in Orlando's past. Over its 30 year run thousands of people visited the attraction and made priceless memories there. Couples got married in its beautiful showrooms. The banquet rooms were sites for political rallies and several presidents visited. Legendary entertainers played on its stages, from the Allman Brothers to Tammy Wynette. For a time Church Street Station was the heart of the city. And mementos of that provide a unique window into an incredible time to have lived in Central Florida. 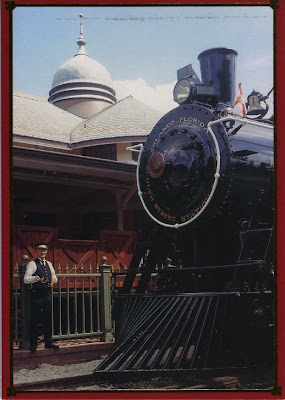 Postcard with "Old Duke" locomotive and "Al Aboard" the train conductor. The locomotive has reportedly been sold. 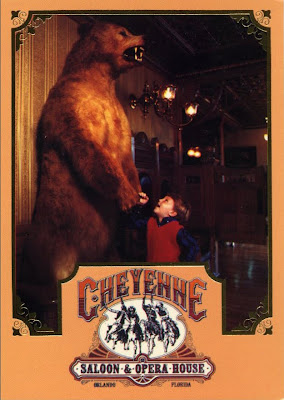 This stuffed Grizzly Bear once greeted guests at the entrance to the Cheyenne Saloon but was badly damaged beyond repair before the Cheyenne briefly re-opened recently. 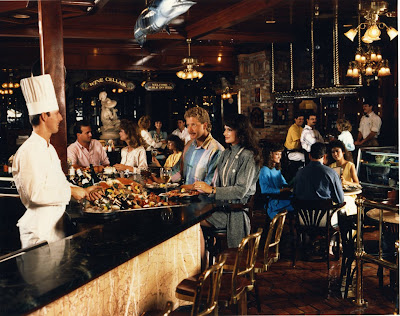 Crackers Oyster Bar and the Wine Cellar in the background. Cellars are extremely rare in Central Florida due to the high water table. 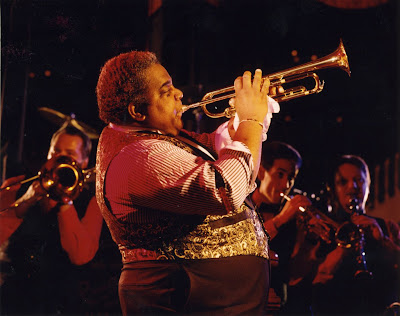 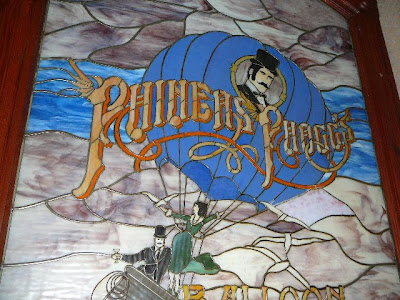 This elaborate stained glass window was purchased by the Orlando Magic for the new arena. Phineas Phoggs Ballloon Works was a discoteque where Michael Jackson would visit incognito after his trips to Disney and where Charles Barkley hurled a patron through a plate glass window. 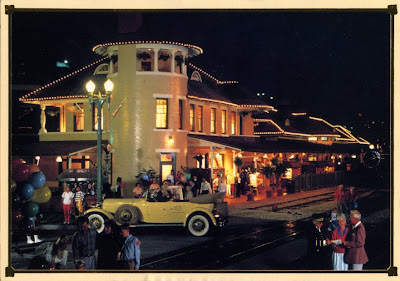 The century old train depot is one of Orlando's most historic structures. 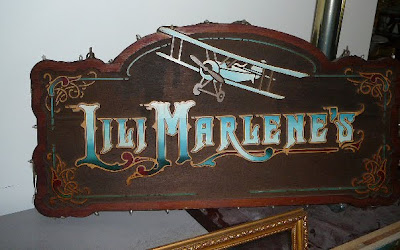 This sign once hung outside of Lili Marlene's Aviator's Pub and Restuarant which for many years was one of the highest grossing restaurants in the entire United States. 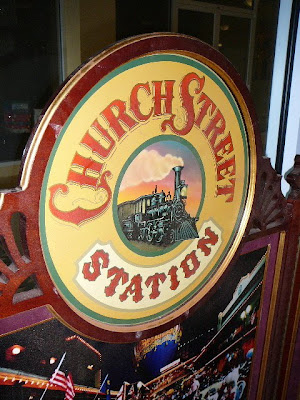 Top of a custom made trade show booth for the attraction, which now has a new home in the Orange County Regional History Center.
Posted by Rick Kilby at 1:58 PM