Audubon Center for Birds of Prey 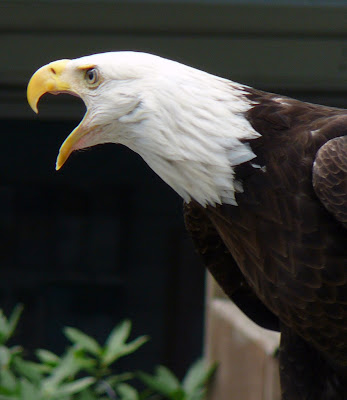 We live within walking distance from a great old cemetery with a big old dead pine tree in the middle with an eagle's nest on top. We've watched from a distance as the breeding pair raised eaglets, bringing them food and later standing by as their young tested their wings before leaving the nest. The last two years, however, the nest has been knocked out of the tree by strong winds and this year two young eaglets came crashing down to earth with it.

Fortunately Central Florida has the Audubon Center for Birds of Prey in Maitland and the young birds were taken there for 2 weeks of rehab before they will be returned home. So on this first day of spring, Mrs. Ephemera and I decided to visit the center and were very pleased we did.

The Center was started in 1979 after Doris Mager spent six days and 5 nights in an abandoned eagle's nest to raise awareness of the difficulties faced by the bald eagle. Five months later the center opened and by the end of the year had admitted 66 rescued raptors. Today the Center treats almost 700 birds a year. 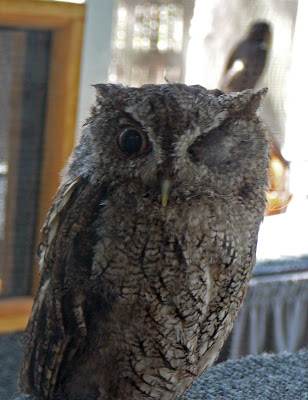 Toni the one-eyed Screech Owl
On our visit, we immediately met "Trouble" a male bald eagle with a twisted beak suffered as a result of early trauma or from a birth defect. He was handled by a slight young girl who we later watched in a video explain how they take care of the birds at the center. An older lady briefly presented a beautiful owl before running off to treat a Red Tailed Hawk that had just been rescued. 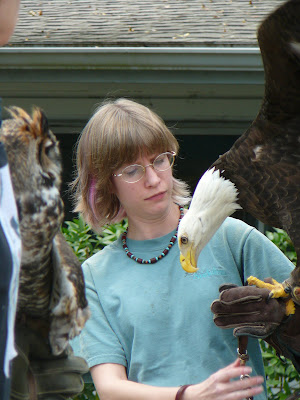 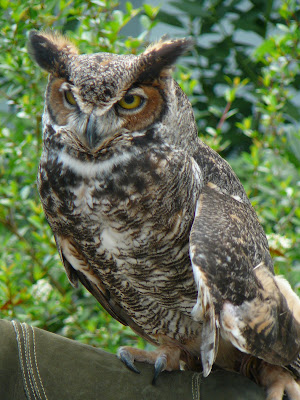 Entrance to the Center costs $5 and most of the experience is self-guided as you get to observe raptors who couldn't be returned to captivity due to the severity of their injuries. Here is list of some of the incredible creatures who live there:
• Bale Eagle
• Swallow Tail Kite
• American Kestral
• Peregrine Falcon
• Northern Caracara
• Osprey
• Red-shouldered, Red-tailed and Cooper's Hawks
• Screech, Great Horned, Barred and Barn Owls
• Black and Turkey Vultures
• American Kestral 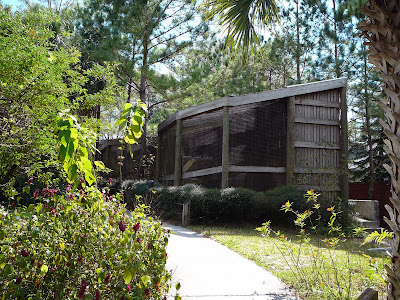 For me nothing beats observing these wild animals in their natural environments. But I gain a whole new level of appreciation seeing them up close. Actually, seeing them in captivity increases my desire to go bird watching in some our state's great natural areas. We are fortunate to have a place that is able to care for and rehabilitate these majestic creatures. But we are even more fortunate to live in a state that still has enough habitat left to see them where they belong, in the wild. 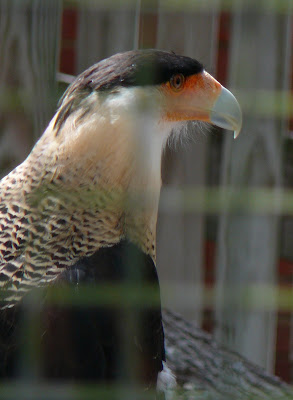 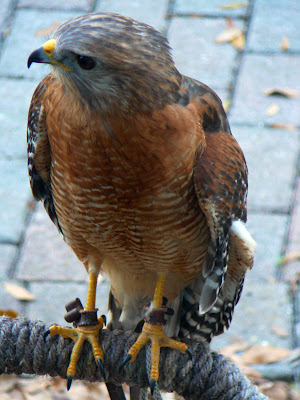 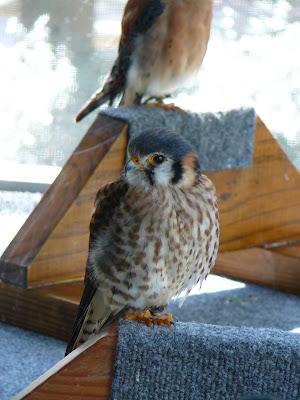 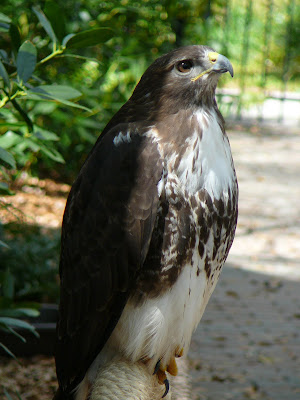 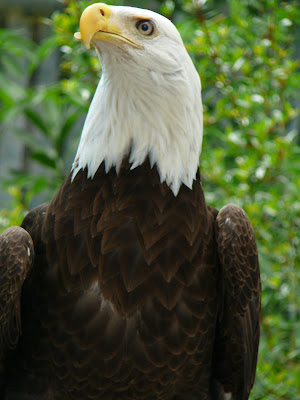