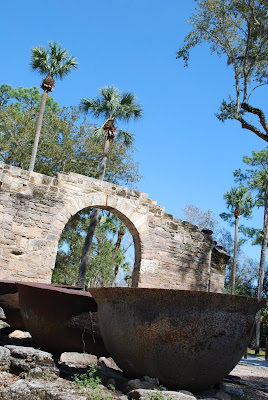 I've passed the sign many times without turning to see what the Sugar Mill Ruins were all about in New Smyrna. But on my 'archeological' excursion recently, I decided it was time to check them out. A small one lane dirt (mud) road leads to the ruins which are smaller than those in Ormond. Two things struck me about this site. First the interpretive signage was really good - lots of great information presented very clearly with well designed graphics. The signs were the result of an ECHO grant, which is Volusia County's way of supporting culture. I'm much impressed with the job they do up there, and I've seen evidence of these grants put to use for art exhibits, educational programs and historical displays. Good job Volusia County. 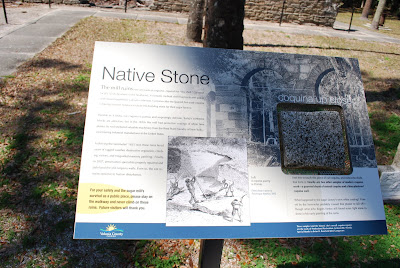 The second thing that struck me about the Sugar Mill is, like the large ruins of the Bulow Plantation, these facilities was destroyed by the Seminoles during the Seminole Indian war. There is so much awareness of the conflicts with western native peoples; everyone's heard of Custer's Last Stand, Geronimo, or the Trail of Tears. But there seems to be little awareness that Florida was the front line of the battle against native people by settlers pushing into this tropical wilderness. I think one could easily live here and be unaware that skirmishes were fought practically in their own backyards. I live about 2 miles from the location of a fort built during this period, and its presence is one of the main reasons Orlando even exists as a city. The only lasting reminders of this time are these stone relics of a thriving industry that was shut down because of war. Fascinating. 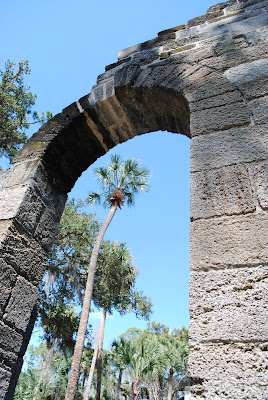 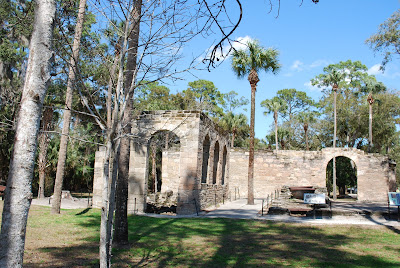 Some facts about the Sugar Mill in New Smryna:
• It was one of 16 sugar plantations built between New Smyrna and St. Augustine in the 1830s
• Built in 1830 by William Kimble, the plantation was destroyed just five years later during the 2nd Seminole Indian War of 1835
• The ruins were purchased by a wealthy New York stock broker for his wife in 1893 for the price of $400
• The remains of the mill were once thought to be part of an old Spanish Mission and were even rumored to be a chapel built by Columbus (see vintage postcards below)
• The site is now on the National Register of Historic Places and is a Florida State Historic Site 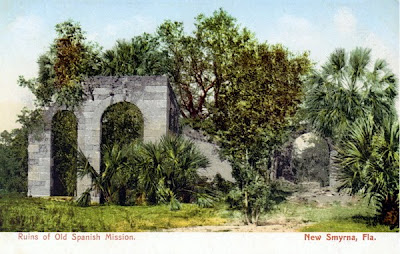 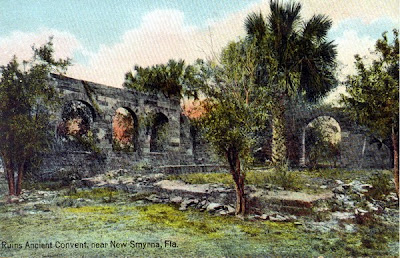 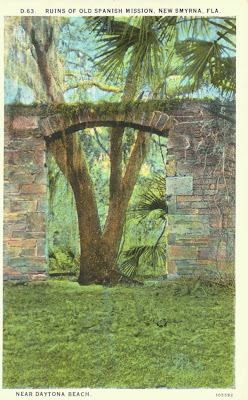 Postcards from the State Archives of Florida
Posted by Rick Kilby at 7:09 AM