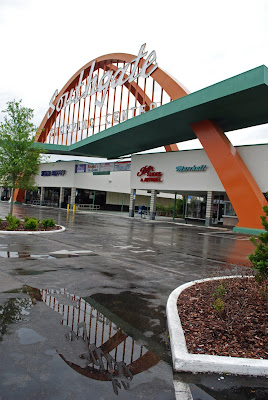 I recently re-watched the Tim Burton film Edward Scissorhands, which was filmed in Florida, and was thrilled to see the scene at Lakeland's Southgate Shopping Center. So I was excited to find out that it was just down the road from where I was staying on a recent trip to Lakeland. I had planned to do a Lakeland "photo safari" with my brother, but the weather did not cooperate. But I stopped at the 1957 shopping center to photograph their monumental signage, despite the rain.

Called a "flying saucer arcade" by the Lakeland Ledger, the shopping center's giant arch is mammoth in scale and has a huge support buttress behind it that lands in a neat little courtyard. In a thoroughly written article in the Fall 2001 SCA Journal, author Kim Hinder reports that the entire plaza cost over $1 million and an ad for its opening exclaimed "make plans now to rocket on down to help us celebrate the 'blast-off' of this 16 store galaxy." 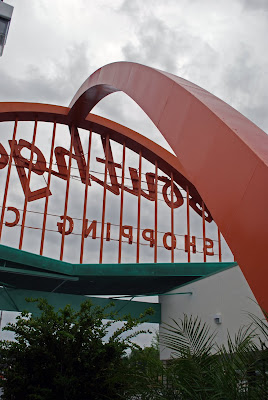 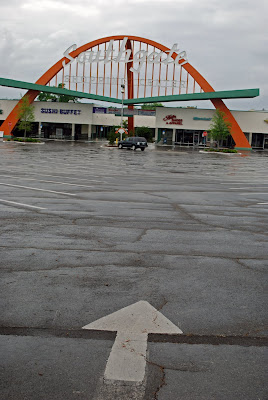 The anchor store of the plaza was the Publix supermarket, and it was Publix founder George Jenkins who introduced many of the essential architectural elements we've come to associate with grocery stores today. Jenkins' innovations include "self-service meats and produce as well as groceries air conditioning, electric eye doors plate glass windows, 8-foot wide aisles," and perhaps most importantly, the idea to locate grocery stores in suburban shopping centers like the one in Lakeland.

Hinder reports that in 1956, supermarket design embraced the Exaggerated Modern style featuring "colossal canopies, parabolic arches, sign pylons, or pyramidal roofs" and the architect chosen to design in this style for Publix was Donovan Dean, the architect of the Southgate Shopping Center.

I first became aware of Dean through friends who live in a nearby Dean-designed house (future post.) According to an article in Reflections from Central Florida, Dean moved to Central Florida from Wisconsin in 1938, and eventually grew his architectural firm to have offices in Lakleand, Orlando, Cocoa and Winter Haven. Notable buildings he designed in the area include the Sentinel Star (Orlando Sentinel) building, St. James Catholic Church (currently undergoing restoration), and the corporate headquarters complex for Publix built in 1951. Below are some other buildings designed by Dean's firm, including some mid-century jewels, but none quite as grand as the Southgate Shopping Center. 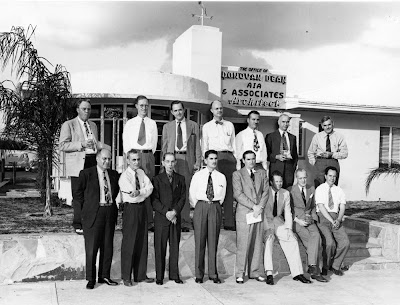 The staff of one of Dean's offices, note the neon sign 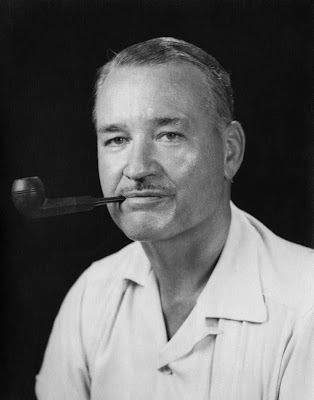 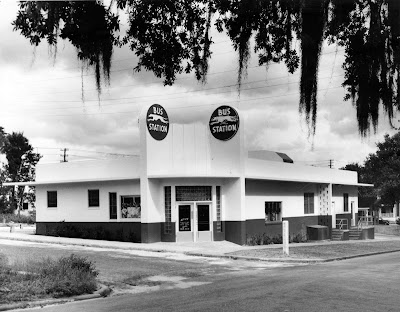 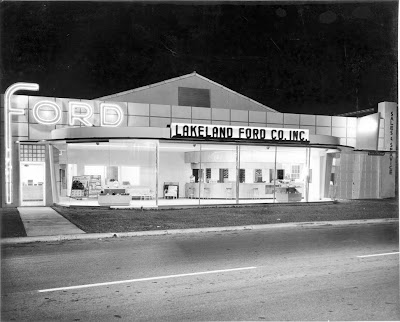 I love how the signage accentuates the entrance 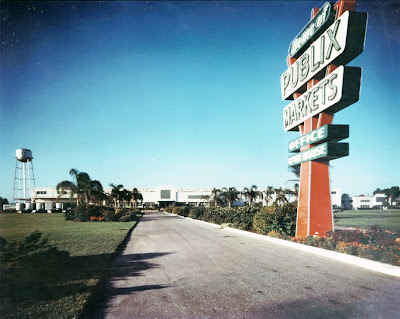 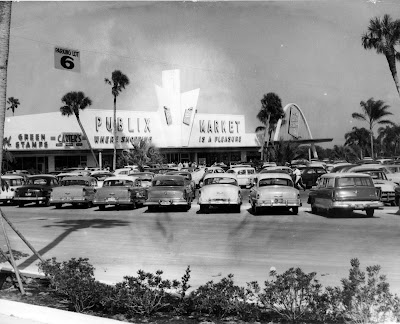 Typical Publix of the period, note the arch in the front