Last one to leave turn the lights out 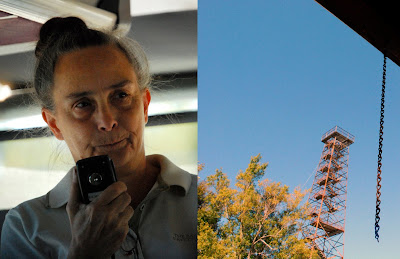 We pulled into the Mt. Gaylor area early on our bus tour of U.S. 71 in the Boston Mountains of Arkansas. The previous tour of the SCA's Odyssey in the Ozarks Conference stopped at over-the-top kitschy icons like the fading ruins of the Dinosaur World attraction and the gigantic Christ of the Ozarks. So far on this tour we'd seen less flashy resources, stuff that is closer to real roadside archeology than 20th century pop culture icons.
First we stopped at a narrow bridge listed on the National Register of Historic Places on the original concrete section of U.S. 71. Then we explored the area around Our Lady of the Ozarks Shrine, with it's folk art gift shop and surrounding tourist cabins. These quaint places were like time capsules from an earlier time before interstate travel ripped the character away from the roadside. 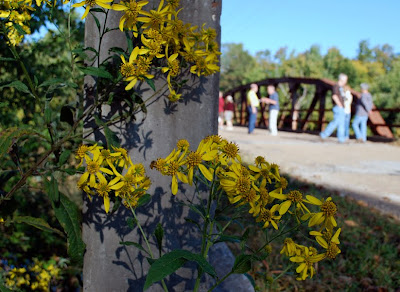 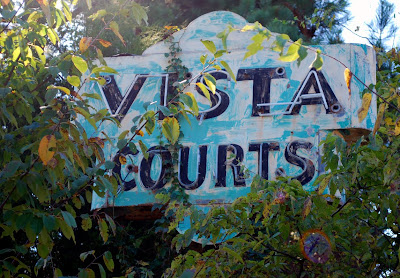 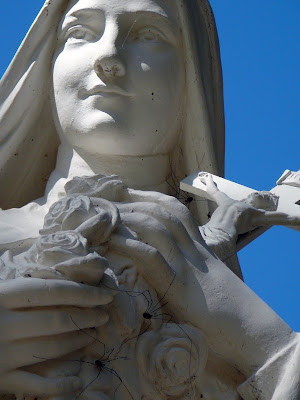 The photographs from the tour book of the Mt. Gaylor complex didn't show much. Two old buildings on either side of the road and an observation tour. When we pulled over, however, I immediately noticed there was much more to this site than I originally anticipated. We were warned not to go behind the buildings fronting the road, as the old tourist cabins were rented out as apartments and they may not appreciate our gawking. But two friendly dogs rushed to greet us and made us feel welcome as we stepped off the bus. 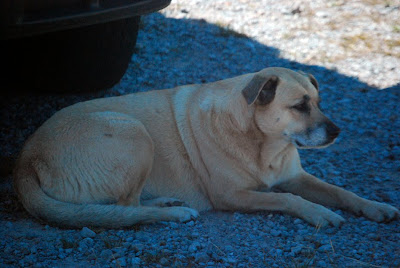 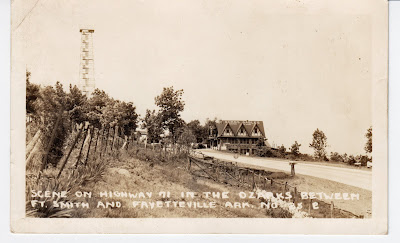 I found a richness of details and started snapping pictures immediately. Wonderful pre-digital gas pumps guarded a two story stone structure with intricate rockwork. A small building of distressed wood was marked with a lone porcelin letter "N". Antiques still filled the long vacant gift shops straddling the road. Odd objects were left outside in bizarre arrangements looking almost like art installations. The skeleton of a wonderful vintage chaise lounge sat rusting away atop a rooftop observation deck. From the "ruins" of this site it was apparent that this was once home to thriving businesses. But not for a long time. 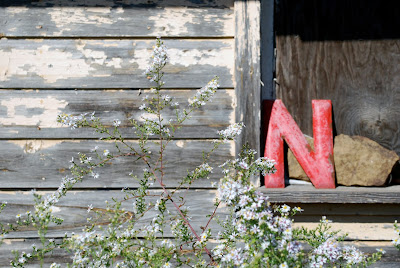 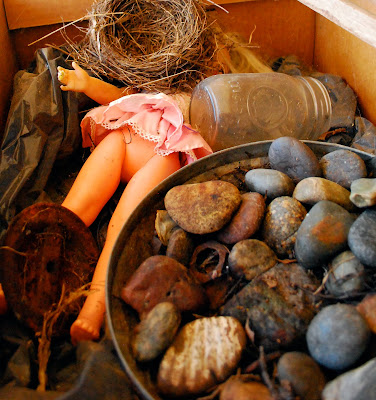 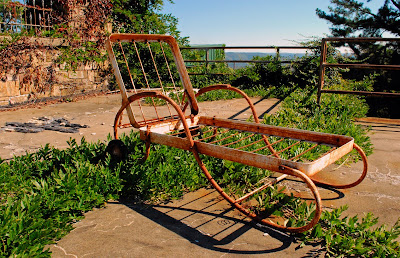 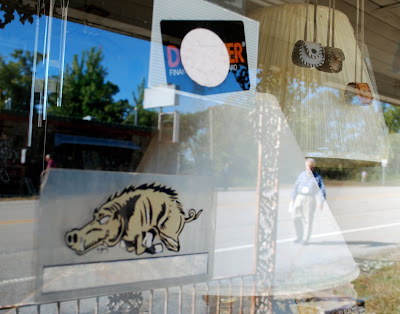 It was tough to see a place with so much history fading away, and it seemed like we were serious archeologists exploring long deserted ruins like Mayan temples or Roman forums. But as I approached the bus to leave, a voice called out from the second story window behind the gas pumps. "I can come down and tell you the history of the place if you'd like," said the voice, "I'll be down in a minute." 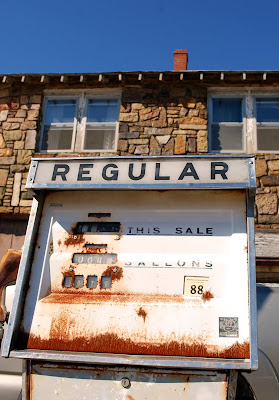 The occupants of the loaded bus waited patiently as Ruby Jo Bellis climbed up the steps and oriented herself with the vehicle's intercom system. "I'm the last one living here," she began, "I sleep up there in the same bedroom that my crib lied in when I was a baby." It wasn't long, however, before Ruby broke down in tears, "my son died here too, and my father died just down the road." She explained that her father, who knew the family's livelyhood was threatened by the completion of an interstate to the West, tragically met his end in a car accident on the same road that had sustained them for three generations.
"Lots of good things happened here too", Ruby explained, "right behind us we used to have a little train that went around the lake." The rock buildings of the tourist stop were built by her grandparents, and disagreements with her family have left her the last family member to live on the property. "I'll be here as long as I can pay the taxes and pull the weeds."
The emotional scene effected all of us on the bus, and SCA co-president Nancy Sturm gave her a tourbook and conference t-shirt. The rest of us gave Ruby perhaps what she wanted most of all; an audience to hear her story and keep the memory of this magical roadside place alive. 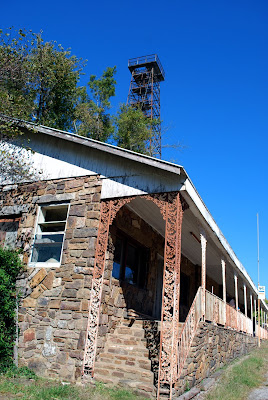 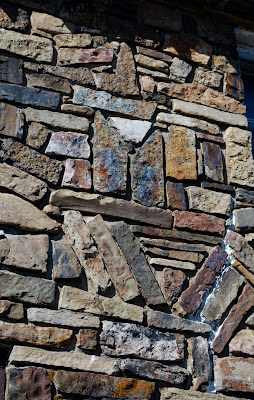 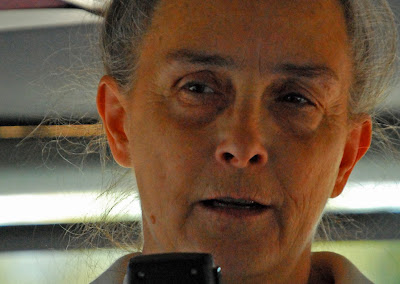