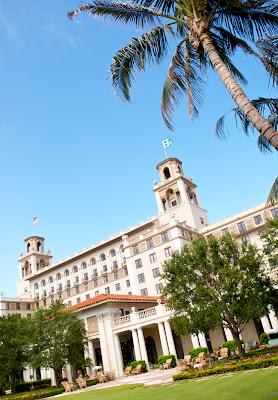 The Breakers Hotel currently on Palm Beach is actually the third hotel built on the site; the first two wooden hotels burned in fires. The first was built in 1896 by Henry Flagler and burned seven years later during an expansion. A second building re-opened on the site a year later and burned down in 1925, twelve years after Flagler's death. The current hotel was designed by architect Leonard Schultze and opened in 1926. The Breaker's website has an in-depth article about the architecture – if you'd like to learn more click here. 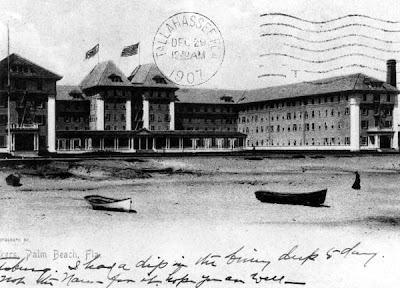 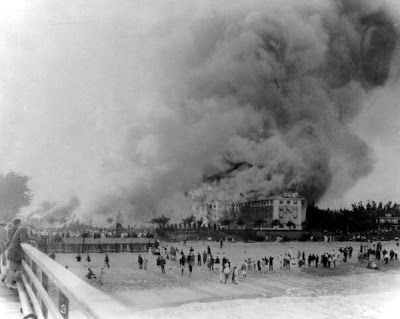 On my visit to the Breakers earlier this summer, we walked from Flagler's home, Whitehall, to the grand hotel, following the golf course down a well-worn trail to the building's impressive front facade. The fantastic interior spaces reminded my quite a bit of Coral Gable's Biltmore Hotel, both in scale and decor. Like the Biltmore, ornate banquet rooms occupy much of the first floor space, and we peaked in to see extravagant, over-the-top weddings being set up in several of the rooms. I even found Ponce De Leon in one of the rooms, as my obsession with finding evidence of Florida's "discoverer" continues. 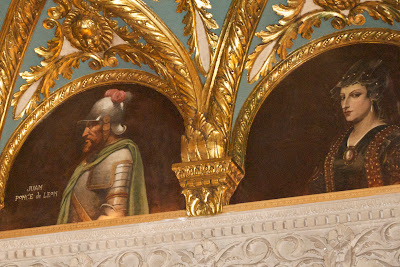 Feeling a bit out of place in this palace of extreme luxury, Mrs. Ephemera soon departed, driving past the opulent mansions that line the beach in this city full of grand structures. As we turned inland, the song on my satellite radio station played a country song with the appropriate lyrics "we're not the jet set, we're the old Chevrolet set" and we rolled down the road back to Orlando. 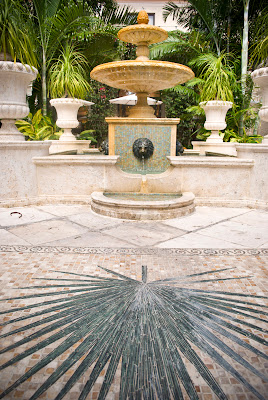 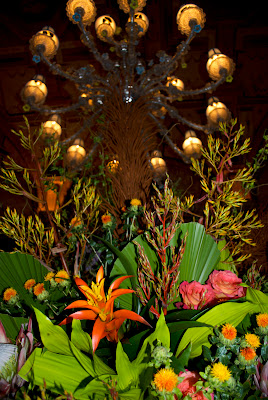 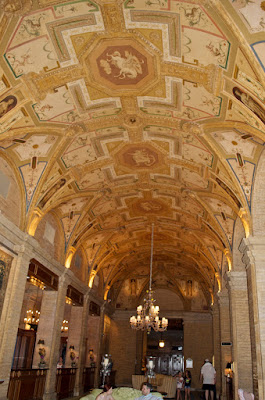 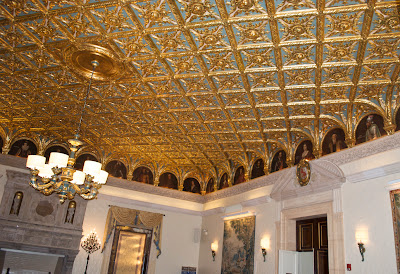