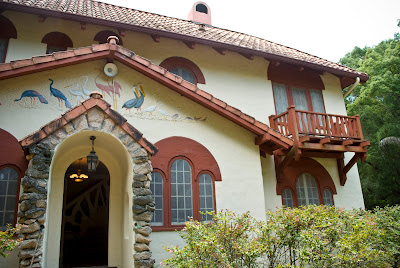 Plymouthonian No.1, the first of artist/builder Sam Stoltz's Mt. Plymouth homes, is now for sale. The realtor opened the house for me this weekend so I could get a glimpse of it before it hit the market. This is the third home created by the Central Florida builder once hailed as "America's greatest poultry artist" that I've had an opportunity to see, and it was full of his trademark details.
Unlike the other Plymouthonian I've visited, this was not designed in the "Storybook" style but rather the more traditional Mediterranean Revival that was all the rage in the 1920s. The house was built in either 1922 or 1927, depending upon which source you believe, and is located on close to 2 acres in the the small Lake County community between Sanford and Mt. Dora. It's a pretty gorgeous house from the outside and the first thing I noticed when I drove up were large coquina rocks edging the driveway, one of Sam Stoltz's signature elements, as he loved his rocks. Entering through the pecky cypress back door, we were in a Florida Room that was probably originally a back porch. The eye-catching feature of this space was an elaborate fountain in the corner that supported by two pelicans that look just like the one near the fountain in Plymouthonian No. 2.
Adjacent to the Florida Room is a kitchen that connects to a dining room with a two-sided fireplace that goes through to the living room. The hearth has a colorful tile mosaic similar to others I've seen in other Stoltz homes. The living room has a pecky cypress in the ceiling beams, staircase railings, and front door. One of the previous owners, however, painted the ceiling and staircase railings white and they would have to be sandblasted in order to recover the original dark wood tones. It looks to me that the there might have been a medallion or some kind of detail above the fireplace in the living room, but that too has been removed. So while the evidence of Stoltz's artistry is still noticeable in this home, it might take the right owners to bring it back to the full "Stoltzness" as displayed in Plymouthonian No. 2. It takes an imaginative homeowner to live in one these houses – someone who appreciates its eccentricities and embraces living in a "whooping piece of big art" as Martin Cushman recently said about life in a Plymouthonian. It is my hope that that someone with creative vision will buy Plymouthonian No. 1 and the this new owner recognizes the potential of this wonderful house. 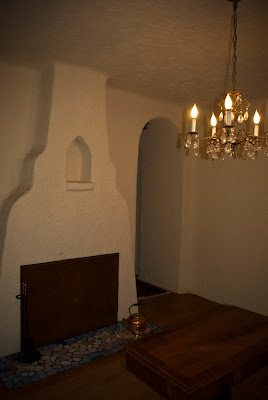 Fireplace as viewed from the dining room 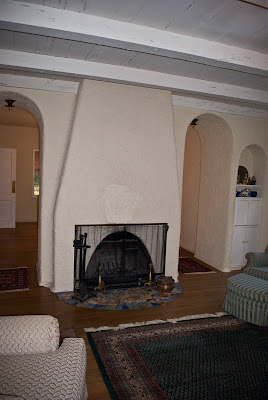 Reverse side of fireplace from the living room 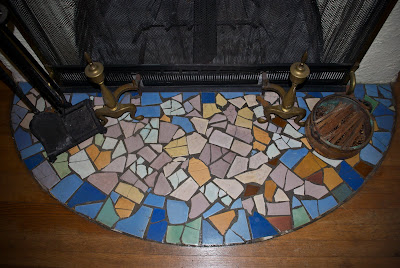 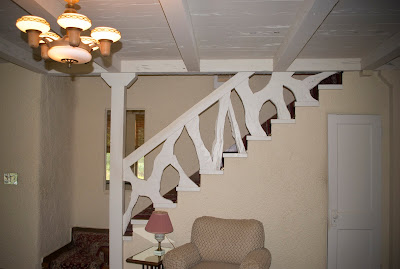 The view through the pecky cypress front door 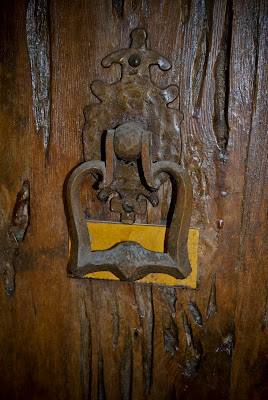 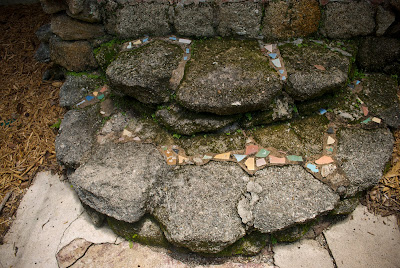 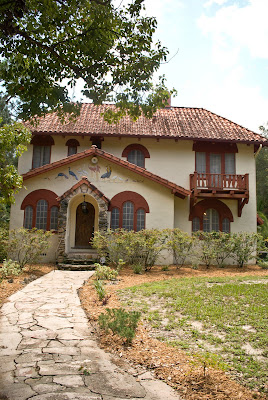 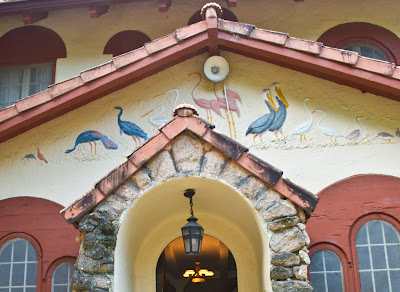 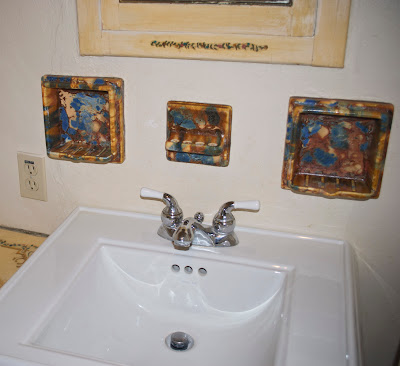 Colorful details in the bathroom 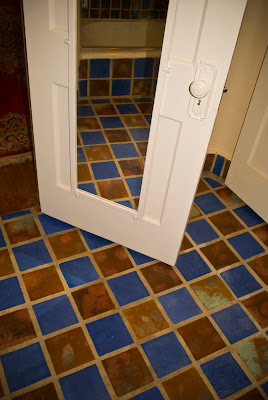 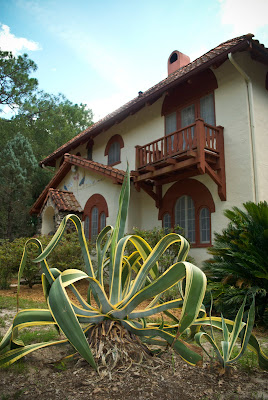 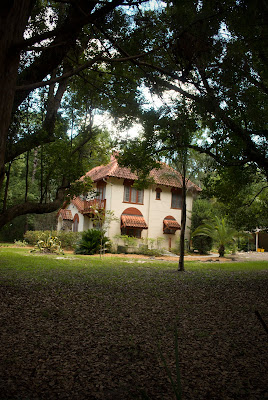 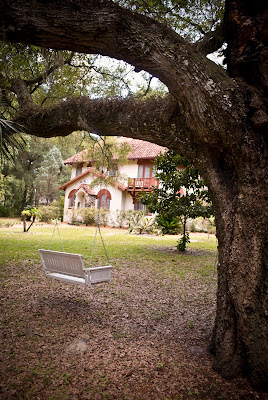 If you are interested in seeing this one-of-a-kind home, contact realtor Terry Ward at 352-638-2556 or email terryward@mymtdoraagent.net
Postscript: Alana Brenner, who's parents own Plymouthonian #1 said this:

"Seems like the perfect house for someone who doesn't have to schlep into downtown too often, an artist like Martin or a writer or a bird lover...There are so many cool birds up there. When we were sprucing up the yard, we were amazed by a baby hawk that was hanging around...it is a lovely place. It just got to be too much for my elderly parents to take care of...

My dad had a garden for a while and also raised small trees which he then donated to Habitat for Humanity for landscaping. I just donated the bulk of them to the City of Orlando's green up program last week so that's why you didn't see them. We have a lot of great memories there...especially at christmas time. It's a beautiful place with candles in the windows and luminaries along the front walk. It's also nice in the fall with the windows open. I think the arched windows in the front are my favorite feature!"