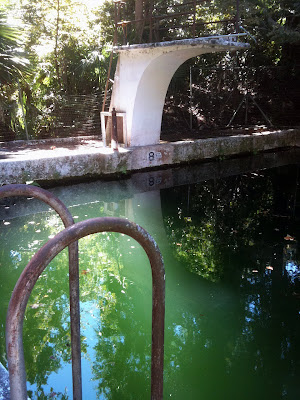 When I was in high school in Gainesville, the practice field behind the school was in big demand, so much so that pre-season soccer practices had to be held at Glen Springs Elementary a couple miles down the road. So our conditioning was aided by the fact that we had to jog down Glen Springs Road before we could even kick the first ball. I always wondered if there was a spring associated with Glen Springs Road, but never saw any evidence of one.

On a recent trip to my hometown, however, I asked Father Ephemera who was a city planner in Gainesville for years, and he knew just where the springs was located. By this time I'd seen vintage postcards of a Glen Springs swimming pool, so I knew at one point there was a recreational facility. My father knew that the pool was still there, behind the Elks Lodge. And we happened to be driving that way so we stopped to see if we could catch a glimpse of the mysterious waters behind the Lodge.

The spring pool was built in 1924 according to a report by Amy Grossman issued in 2010. Used as a swimming pool until 1970, the facility is unused by the Elks except for when it is stocked with fish for a charity fishing tournament for kids. The area just past the Lodge, where the water from the spring forms a creek is now a city park called Alfred Ring Park. 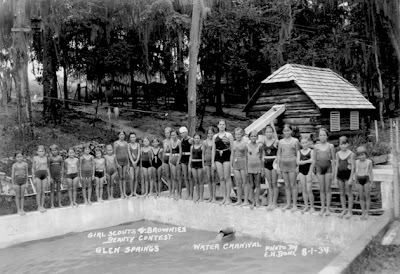 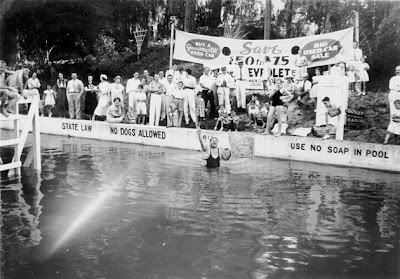 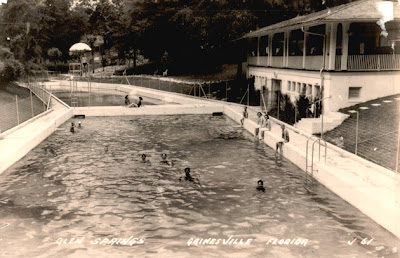 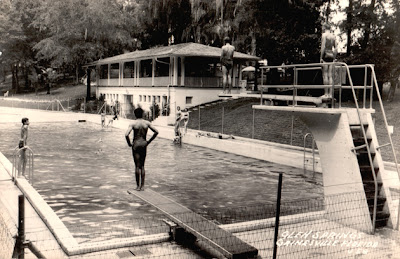 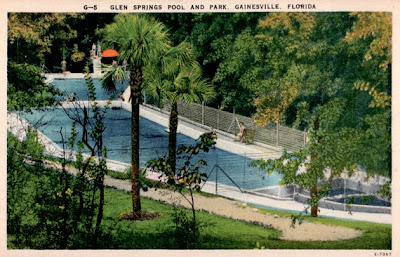 While my father an I were poking around, a member of the Lodge invited us in to take a look and in addition to seeing the spring we got a history of the Elks Lodge in Gainesville. The structure of the pool looks pretty much the same as it does in the vintage images I found later. The water however, except for the "boil", where it first emerges from the aquifer, looks more like greenish-brown lake water than the crystal clear blue-tinted water one normally associates with a Florida spring. According to the Grossman's report, the water flow is significantly reduced from what it used to be and the nitrogen levels are higher. She states: "As the population in Gainesville has grown, the land use has changed from forested to agricultural to residential. This means an increase in the installment and construction of septic tanks and private drinking water wells as well as an increase in use of fertilizer on lawns. All of these changes in the area have adversely affected the spring." 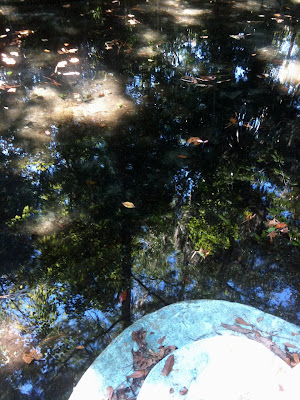 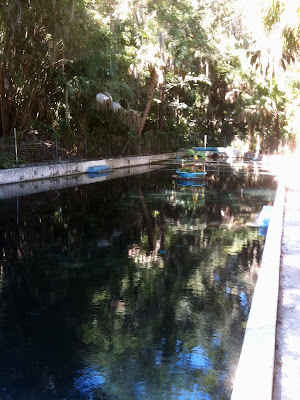 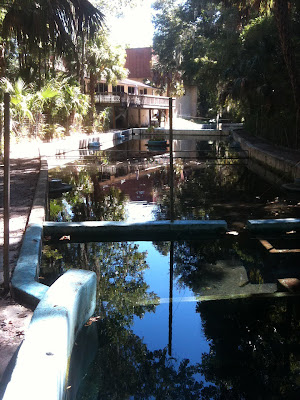 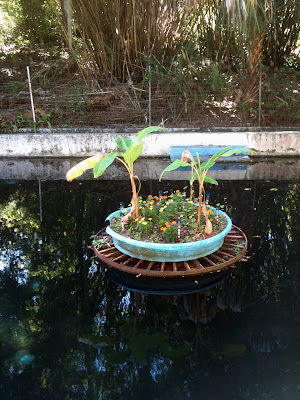 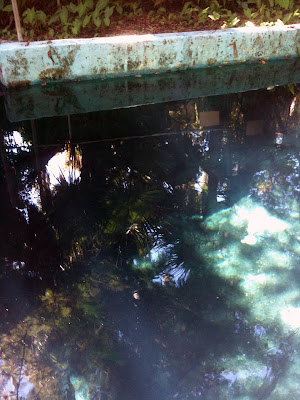 It was thrill for me to finally discover the spring that I had wondered about for years. It is disappointing that it is unavailable to the public, and that the quality and quantity of the water is diminished. But perhaps the spring could one day return to being a recreational spot for Gainevillians. Grossman writes: "There is an opportunity for revenue from this property, similar to the set-up at Gainesville’s other spring, Boulware Spring. Since the spring pool house is still in good shape with the original flooring from the bar in the 1950’s, a porch that was added on in the 1970’s, and the Elks Lodge next door, the property could be rented out for special events, with the spring being the main attraction. Given the chance, many people would pay to have their wedding next to a spring or host one of the numerous conferences and retreats that come to Gainesville."