This weekend I returned to the site of some older posts to see what had changed since my initial observations. First I went to the site of the shuffleboard courts of the Kissimmee All State Tourist Club in downtown Kissimmee. The courts were long gone and a new picnic pavilion is almost completed in its place. Part of a larger plan for a new lakeside park, the shuffleboard complex was booted after decades of good times next to the Monument of States. I was surprised to see the area still closed off about a year and a half after my previous visit, with very little lake access remaining for the public. I'm not sure what happened to the members of the KAST club, but it seems like a rather disappointing situation as the park seems stuck in limbo. 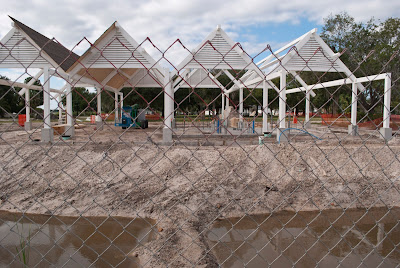 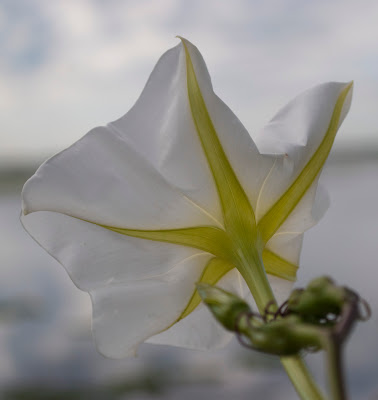 In some cases, the neglect of the lakefront park has yielded beautiful results
Next I drove down 192, the tourist corridor leading to Disney. On my previous visit it was easy to see the effects of the recession and Disney's strategy to keep all of their guests on Disney property in Disney hotels. Boarded up businesses were frequent, ugly scars on this busy Osceola County roadway. This weekend I found even more businesses had fallen by the wayside and was surprised that some that some of them appeared to very recently built. In fact, a year and a half ago I noted a brand new A&W Drive-In across from the former location of Xanadu House of the Future. It appears that the Drive-In was one of the victims of the 192 recession and it too now sits vacant.
I found it fascinating that in some places the natural landscape was consuming man made structures. I pulled over at a closed miniature golf course and found it so overgrown that no part of the course was visible from the road. Next door, the Viking Motel, appearing freshly painted, sat empty as its swimming pool area flooded and and the roadside signage disintegrated. While I feel empathy for the business owners and the their former employees, it is kind of nice to see nature making her own land grab, even if it is only temporary. 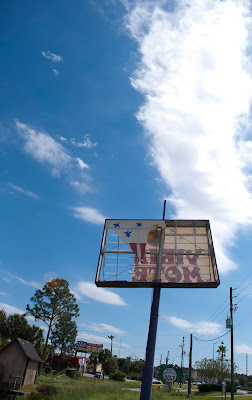 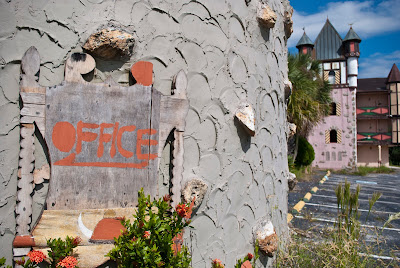 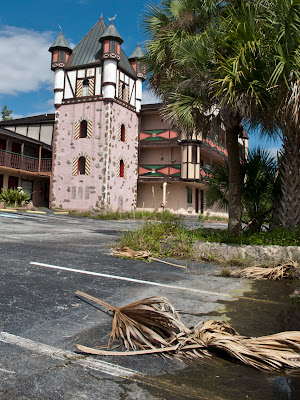 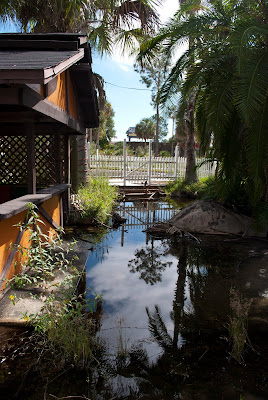 This is actually the walkway to the pool area 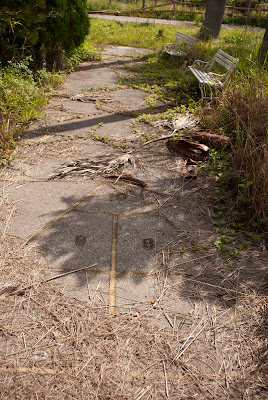 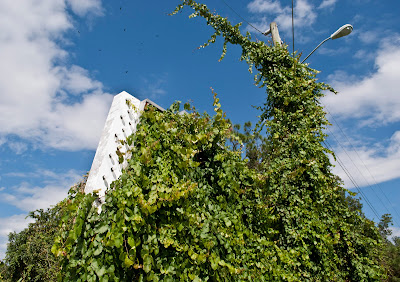 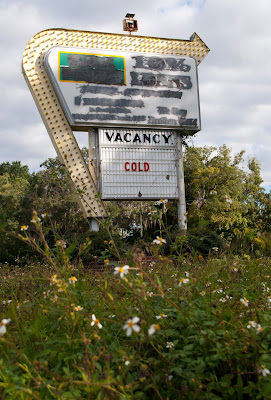 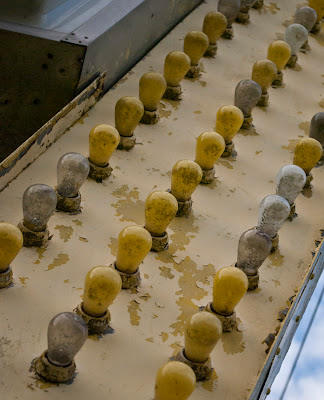 This sign on U.S. 441, sits in front of an overgrown empty lot, pointing at nothing but sky.
Posted by Rick Kilby at 7:35 AM