Return to the Ocklawaha 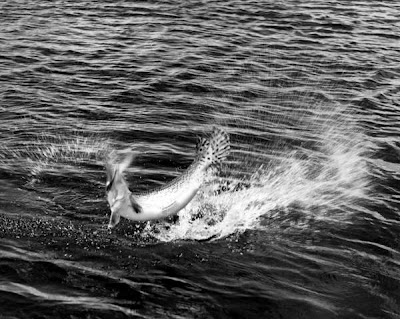 I have many great memories from childhood of the Ocklawaha River. My favorite is my epic battle with a longnose gar – the prehistoric fish pulling yards of mono filament from my Zebco reel as it struggled to escape. Fishing for bass with shiners, I had instead hooked this toothed beast and my arms soon ached as the giant fish fought valiantly. I got him close enough to the boat for my fellow anglers to see him, but eventually he escaped and I was left with nothing but a fish tale for my efforts. I've always imagined that gar as big as me, with giant sharp teeth, still prowling the river in order to torment unsuspecting kids. He was my white whale.
Sometimes we would take out boat up the river all the way to dam. The closer you got to the dam, the clearer the water became and in addition to the gar you could see a huge variety of aquatic life including giant channel catfish larger than cats! We would find a shallow area to tie our boat up, eat a picnic and swim in the crystal clear water. Little did I know this wonderful, wild river had a rich history. 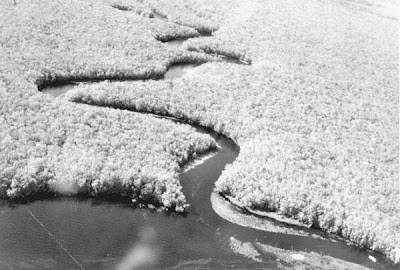 The river flows north from Lake Griffin to the St. Johns River near Welaka, Florida. The major tributary of the river is the Silver River, which is formed from the outflow of Silver Springs. In the 19th century steamboats with paddle wheels set inboard, (to accommodate the narrow width of the river), brought tourists up the Ocklawaha from Palatka to Silver Springs. The popular journey attracted the celebrities of the era including former U.S. President Ulysses S. Grant, Thomas Edison, Harriet Beecher Stowe and Mary Todd Lincoln. Eventually rail service supplanted steamboats as the main method of transportation in Florida and steamboat traffic on the Ocklawaha vanished. 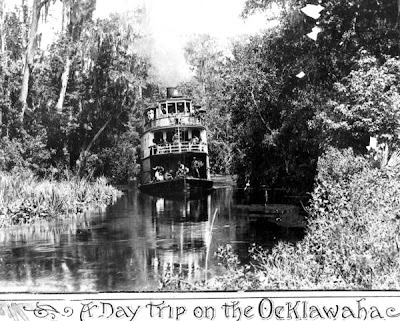 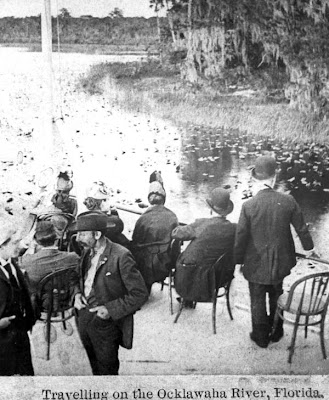 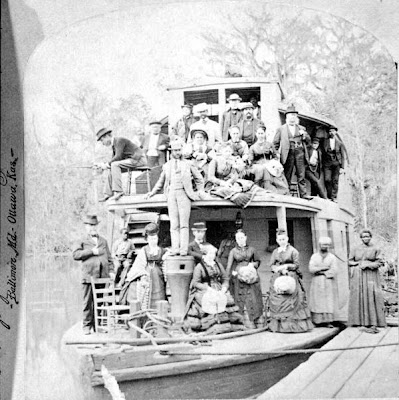 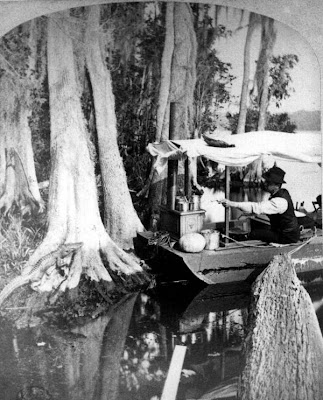 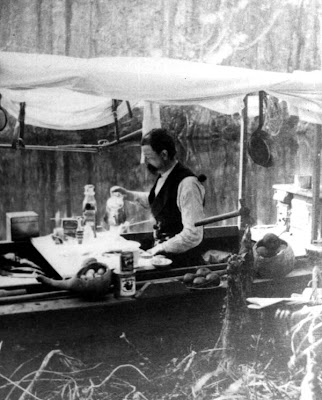 In the 1960s work began on the Cross Florida barge canal, an effort to bisect the state with a waterway that would allow barges to cross from the Gulf of Mexico to the Atlantic Ocean (from Crystal River on the Gulf to the St. Johns River and ultimately the Atlantic in Jacksonville.) In 1968 the Ocklawaha was dammed in Putnam County to create a 9,600 acre pool that would allow barges to float after coming through a lock on a canal that connected to the St. Johns. In 1971 President Richard Nixon pulled the plug on the barge canal due to environmental concerns raised by Marjorie Carr and a group called Florida Defenders of the Environment. 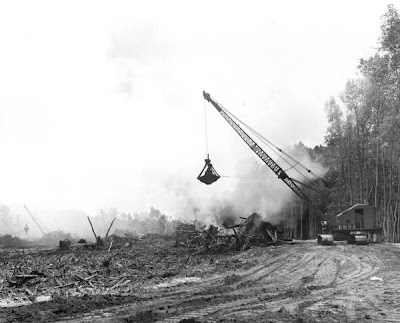 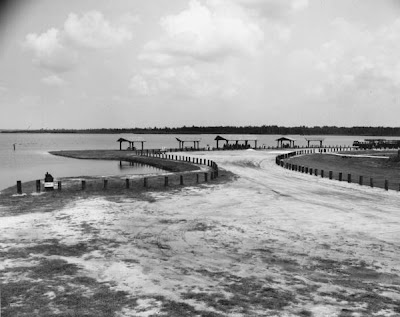 Archival images from the State Archives of Florida
Today the dam and pool remain and Rodman Reservoir has become one of the top freshwater fishing areas in Florida. Controversy has arisen between those who wish to see the river restored to its natural course and those who wish to continue to use the pool for recreational purposes. Proponents of maintaining the dam argue that the reservoir is one of the most utilized recreational waterways in the state, pumping millions of dollars into the Marion and Putnam County economies. They fear that restoring the river will destroy the prolific fishing opportunities and hurt local economies. 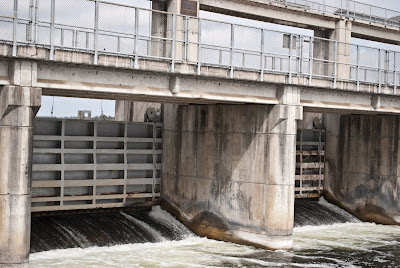 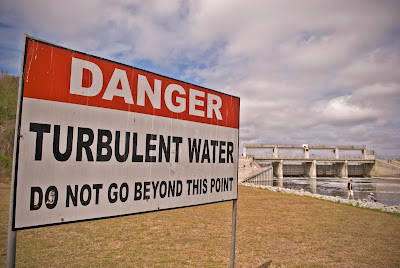 Proponents of restoring the river maintain that removing the dam, and draining the pool would allow about twenty springs, now submerged beneath tons of water, to reemerge. They argue that the restoration of the river would in turn provide additional economic benefits and fishing will still be good on the river while at the same time increasing the "biodiversity of fish." They believe that removing the dam will also allow manatees to seek refuge in the the warm waters of Silver Spring during the cold winter months. They also point to economic savings created by the removing the need to maintain the dam and nearby lock. And most importantly they see the river as an "inter-connected complex system" that contributes to the overall health of the St. John River ecosystem. 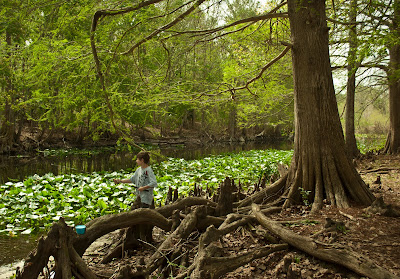 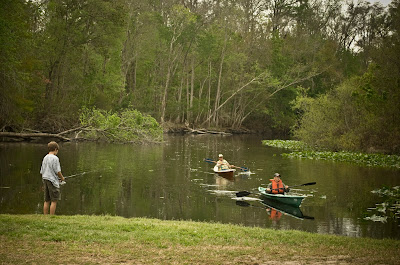 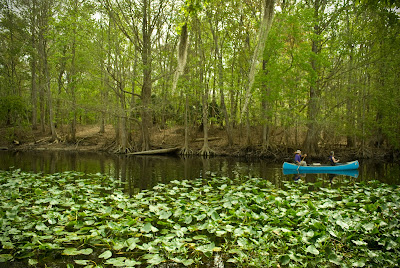 Last weekend I attended an event called the Rally for the River organized by the Putnam County Environmental Council, mainly to see Rodman pool during its draw down phase, as every four years the water level is lowered to kill aquatic weeds. As a result, a graveyard of cypress tree stumps emerge, unseen springs bubble up and thousands of waterbirds are drawn to feed along the shores. The rally was held at a park below the dam, where the river still remains wild in its original condition. The event featured short talks by noted scientists, exhibits, art & crafts, boat rides, live music and hikes into the Ocala National Forest. The highlight for me was the boat ride, a return to the river I have such fond childhood memories of. Because it was overcast, it was difficult to see down to the river's sandy bottom. But in this abnormally warm winter, much of the plant life along the riverbanks was already green, but not nearly as dense as it will be in summer. The boat captain pointed out the stump of a huge old Cypress and had visual props for teaching about the river's history and ecology.

I wish I had known about this stuff as a kid. I appreciate it much more now, even though this was my first trip on the river in probably 30 years. And I noticed that there were people fishing on both sides of the dam, on the reservoir side and on the side that hadn't been altered by man. While the type of fishing would change should the dam be removed, there would still be plenty of angling opportunities on a restored Ocklawaha. I think what is important is that the river be preserved, in as close to its natural state as possible, for future kids to enjoy so they can create their own fish stories. And maybe some lucky kid can finally land that giant gar who is probably still swimming in those historic waters. 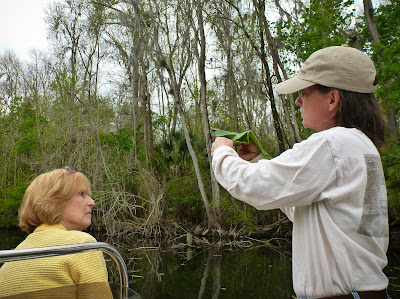 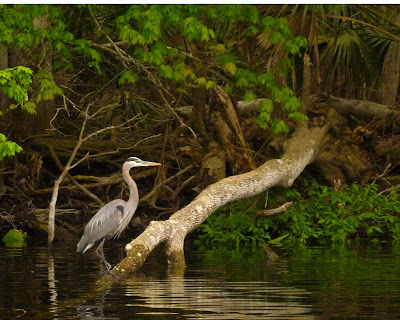 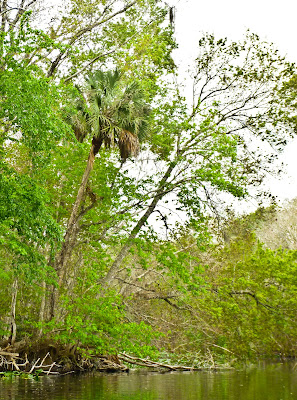 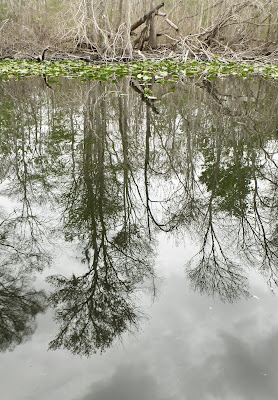 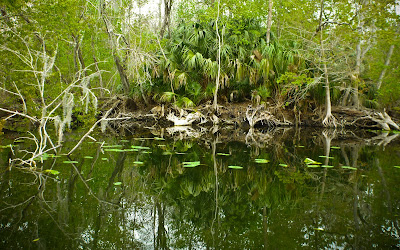