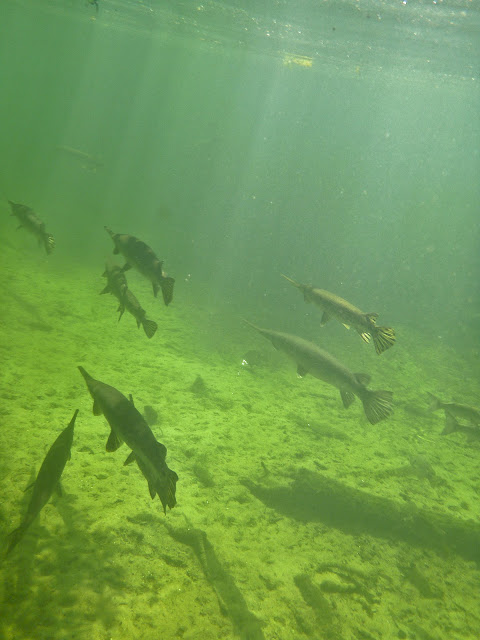 I spent the first day of Memorial Day weekend like so many other Floridians, on the water. My kayak buddy and his wife and I drove to Hontoon Island State Park near DeLand and embarked on an eventful journey around the island covering about 12 miles. We headed upstream on the north-flowing St. Johns River towards Blue Spring State Park, hugging the shoreline to avoid motorboat traffic. A foggy morning soon turned into a sunny day as we paddled the four miles to the spring. Along the way we had wonderful encounters with osprey, herons, a bald eagle and even a flock of turkeys. And due to a no-wake zone extending most of the way, the effects of the motorboats were minimal. 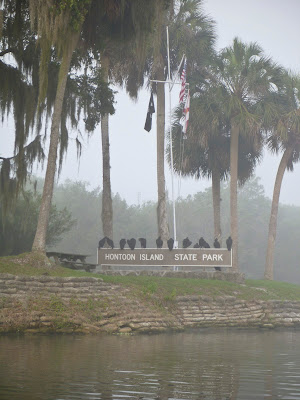 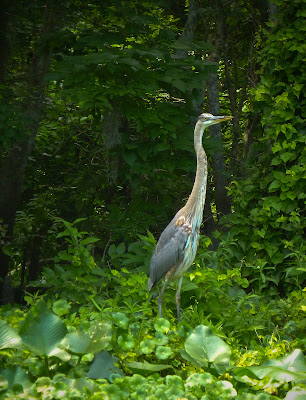 The spring, like the river, was packed with holiday traffic and I overheard someone say the state park ran out of rental canoes. Kayaking Blue Springs run was a highlight for me; I'd only seen it from observation platforms above previously. This new perspective allowed me to get close to schools of gar that didn't seem to mind the intrusion of a 10 ft. yellow kayak. I also saw schools of catfish, mullet and bream. Oblivious to the hordes of swimmers, an otter enjoyed a fish dinner on the far bank, to the delight of many. After a quick dip into the green waters we crossed the St. Johns again to try to find the quickest route up the western side of the island. 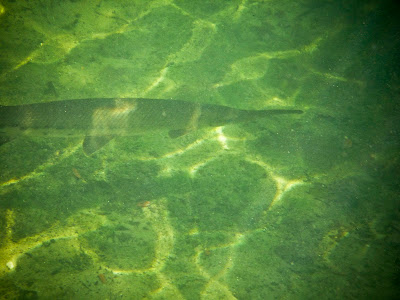 The most direct routes were said to be covered with vegetation but we tried them anyways. Snake Creek which heads northwest to Dead Hontoon River, seemed impassable by our estimation. We tried Smith Canal, an east-west artery linking the two rivers, but were deterred by a large alligator and heavy coverage of plants on the water. Our only path, other than backtracking, was heading further south to another canal, which we were warned was a "very long paddle". And it was. With aching shoulders and a huge sense of accomplishment, we eventually hooked up with the St. Johns again. As one my fellow kayakers said of Hontoon Island, "it's a big island." My estimate is that we covered 12 miles and spent 6 hours in our boats. Not bad for three middle-aged weekend adventurers. Fantastic weather, incredible nature and a chance to spend the day on a few of Florida's most picturesque waterways made it all worth it. Seeing so many other Floridians enjoying the outdoors along with us was encouraging to me. To me there is nothing like the sense of freedom one feels on the water –  on Memorial Day weekend enjoying ones freedom seems like a good way to honor the sacrifices others have made.