My Miracle on 34th Street 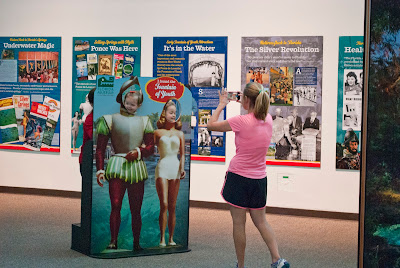 About four years ago I had an idea for an exhibit documenting "Ponceabilia" throughout the state and showing the ways in which the myth of the Fountain of Youth had impacted Florida's development. I did a mock-up for a local museum, but by the time I pitched it to them, they had no space for it. So I switched directions and put my energy into a book about the same subject. Last summer after running into Gainesville photographer John Moran at Glen Springs, he offered to pitch my exhibit project to the Florida Museum of Natural History. Sidenote: the complex of the FMNH, the Harn Museum, and the Phillips Performing Arts Center has been dubbed the "Miracle on 34th Street." Fast forward six months, and the exhibit is now open in the Museum's Central Gallery, along with John's Springs Eternal exhibit.


I could not have scripted the series of events and coincidences that led to the exhibit opening last week, but it felt really good to see it made manifest. I have ten 40" X 60" panels plus one really cool "put your head in the hole" tacky tourist photo-op. The professionalism and support I received from the museum was incredible and I'm proud to contribute to the museum where I took summer classes as a kid.

If you are in Gainesville, please check it out. Hopefully it is amusing to look at, educational, and thought provoking. And the demise of Florida's springs that John has documented is a very important issue for a state that has promoted itself as a fantastic land of natural wonders. Together our two exhibits examine the 500 years of myth of the Fountain of Youth from roadside kitsch to a potential environmental catastrophe. 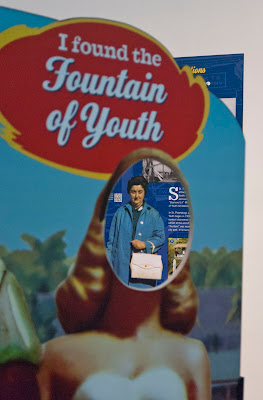 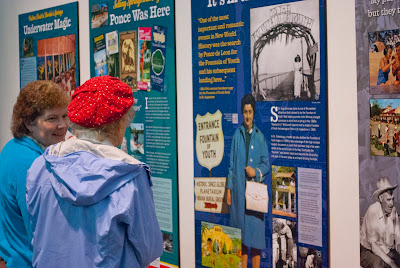 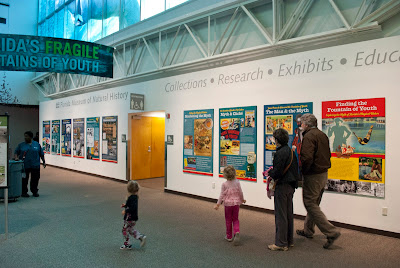 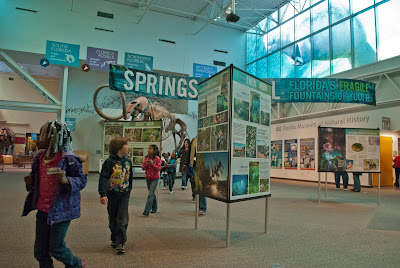 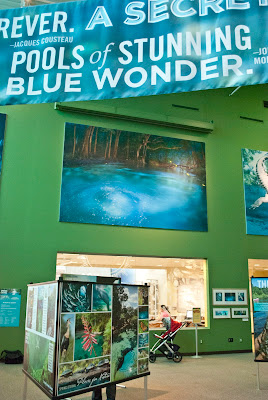 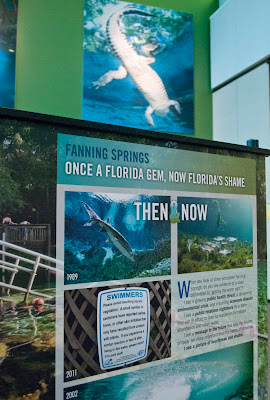 There will be an Earth Day event at the museum on Saturday, April 20th featuring another panel discussion by the Project's members and an appearance by one of the Urban Aquifer buses.