Bringing Shuffleboard back to Central Florida 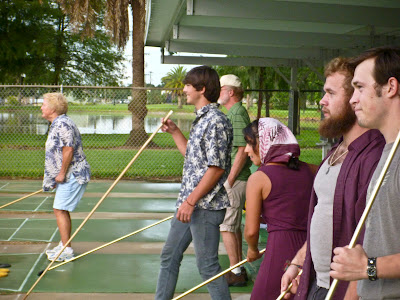 In my mind shuffleboard was a quintessential part of any 20th century Florida vacation. I have been dismayed by discovering courts being ripped up and neglected all across our state so I started the Save Our Shuffleboard group on Facebook. The folks at the shuffleboard club in St. Petersburg, however,  found a way to make the game relevant for today's young people by hosting the St. Pete Shuffle every Friday night. Folks of all ages gather there at what is the world's largest shuffleboard club, to enjoy playing the game under the lights. I was so enchanted by this throwback, family-friendly, yet hipster-acceptable event that I made some preliminary inquiries about court availability in Central Florida. But I never found the right venue. But some intrepid friends found an excellent facility and a willing host in the city of Sanford. 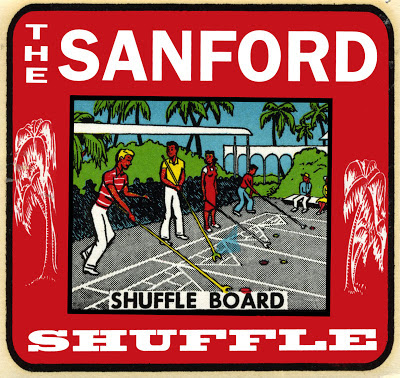 The courts, located at the Sanford Senior Center, are part of a wonderful mid century complex that has shuffleboard courts, a storage room full of equipment, a P.A. system and even a clubhouse! Sandwiched between Sanford's quaint little downtown and Fort Mellon Park, the location couldn't be better. With views of the Lake Monroe and an active osprey nest nearby it is even possible to do a little bird watching right from the court! We found out the courts hadn't been used in ten years. 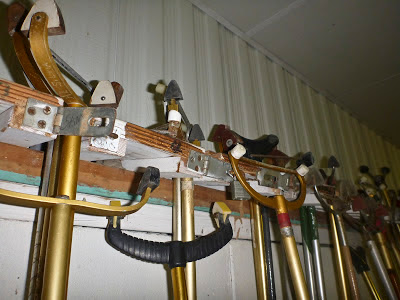 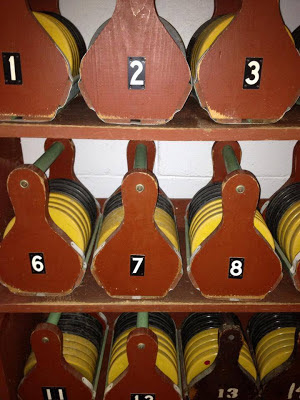 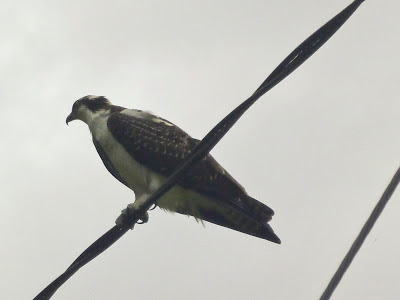 Organized by Jane Goddard and Delaney Dean, the Sanford Shuffle took place this past Friday, about a month after the pair travelled all the way from Dean's house on Lake Monroe to the the Atlantic Ocean via the St. Johns River. Mrs. Ephemera and I drove up early to have dinner at Sanford's delightful Willow Tree Cafe, the area's premier German restaurant. As we pulled into town, Central Florida's daily summer rainstorm arrived and it looked like our inaugural Shuffle might be called on account of weather. But by the time we ate dinner, the rain had slowed to a steady drizzle and we made our way to the courts.

The facility was in excellent condition thanks to the city, and I wasn't going to let puddles on the court prevent me from shuffling. The pucks left tiny wakes as they careened down the soggy concrete and writer Bill Belleville and I were able to muscle our pucks, (or biscuits as some call them), down the courts. As the rain diminished, enthusiastic shufflers began arriving! The courts began to dry out and before we knew it a crowd of 30 or so occupied almost half the courts. The group included some younger folks who seemed to enjoy the game just as much as those of us who remembered playing it in our childhood. Jane even awarded a prize for best vintage attire to Dan and Sandra Carr, aka Mr. and Mrs. Retro!


The rain actually cooled the temperature down so the evening was quite comfortable for late June. As the sun set no one wanted to leave and pucks slid up and down the court even when it was too dark to see. Those of age headed down the Imperial Bar, where mixologists had concocted a special cocktail for the occasion. In a previous post, I pondered if shuffleboard was worth preserving. For me, the answer is a loud and definitive YES! I can't wait until the next shuffle in July!