Old Florida Gratitude: Presents from the Past 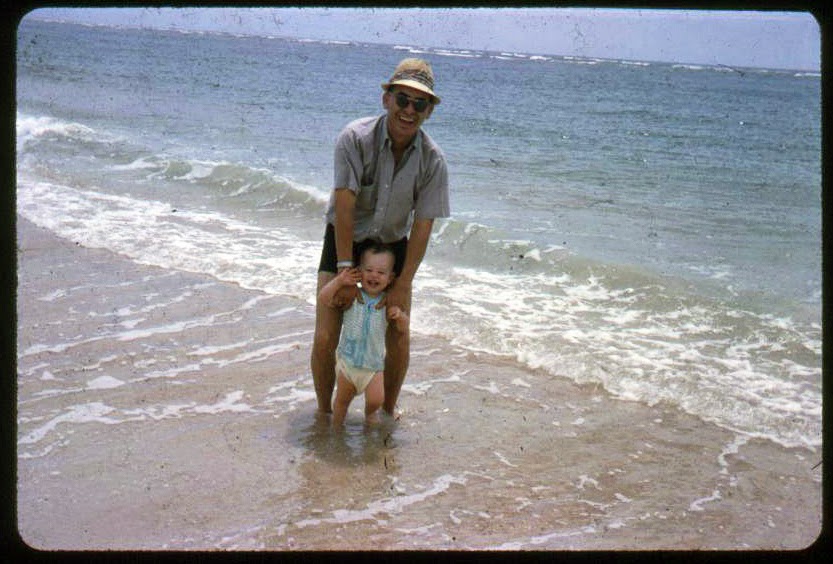 I was not born in Florida, but it's the only home I've ever known. I was 18 months old when my mom and I flew down to Gainesville to meet my Dad, who had already started his new job for the city. I have no memories of the snowy Midwest and while I know that it's me in those baby pictures in Michigan, there are no memories attached to them.

So in my own internal survey of what I'm grateful for this Thanksgiving, I must put at the top of the list that I'm grateful that my parents decided to move to Florida. Today only 36% of the folks living here are natives, and this state's colorful history is one of folks from other places leaving their mark here – from Ponce de León to Henry Flagler.

I grew up in Gainesville in a suburban neighborhood at the end of the block near the woods. Critters would leave the sanctuary of the woods and explore our yard; gopher tortoises, box turtles, snakes, and fireflies. My mom still lives in the house I grew up in and she still has deer and armadillo amble through the property, but sadly no more fireflies.

The second thing I am grateful for is growing up near those woods. It was our playground and in our young minds live oak branches became jet planes, the paths became motocross trails for our bicycles, and we became army scouts searching for the enemy. It was fertile ground for our  imaginations. I remember signing up for a nature course at the local trail shop with Tom Allen from Mutual of Omaha's Wild Kingdom (and son of Ross Allen). To my surprise, they didn't take us to any of Gainesville's well known settings for nature like Paynes Prairie or the San Felasco Hammock. To my surprise, the nature course, led by the famous naturalist, simply explored the woods near my house. I guess our silvan playground was something special.

The woods are still there today, pretty much unchanged. 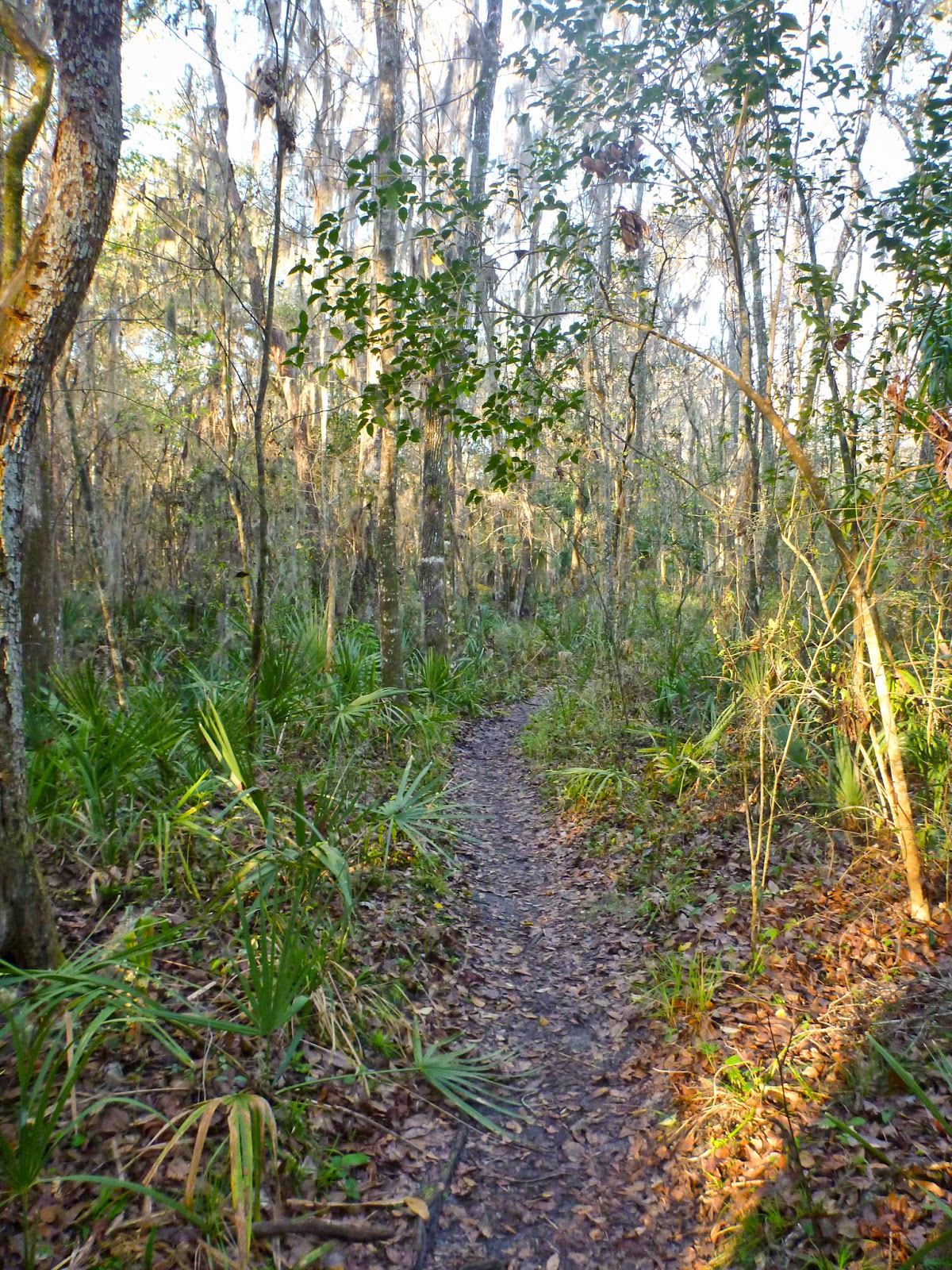 As I started fourth grade my mom went back to work because my parents had made the decision to purchase a weekend retreat. Most Gainevillians had Crescent Beach condos, but my parents chose a different location, the tiny town of Welaka on the St. Johns River. One of my dad's best friends had purchased a place there, directly across from the mouth of the Ocklawaha River, and we soon began making the hour and twenty minute drive from Gainesville every Friday night.

While River Bend Villas was anything but Old Florida, the location was off the beaten path. Tiny Welaka was and is in my mind the quintessential small Florida town – one stop light and the majority of the businesses there were fish camps. Our place was right where the river widened to form Little Lake George at a spot called Beecher's Point. If the tide was low enough we could walk along the water's edge and find Indian pottery. I caught my first bass there, saw my first manatee, and had a close encounter with a cottonmouth that still gives me nightmares. But we also caught blue crabs, had fish fries every weekend, and made trips up the Ocklawaha to swim and picnic.


I am grateful to have had the opportunity to experience Old Florida at places like Welaka, Micanopy, and Palatka. I took it for granted then, but I don't today.

I was a Cub Scout and a Webelo, but I never made it to Boy Scouts as my troop dissolved and for some reason I didn't rejoin another troop. Webelos, the intermediate rank between Cub and Boy Scouts, stands for "We'll be Loyal Scouts." My favorite memory as a Webelo was a camping trip at a spring on the Santa Fe River. I don't remember the name of the spring, if I even knew it, but I remember it was on private property and we had the entire spring to ourselves for the whole weekend. We put watermelons in the spring to chill and when we finally ate them, it was the best watermelon I've ever had. Our entertainment for the camp out was to ride inflatable rafts from the spring head down the run, jumping out just before we reached the Santa Fe's darker water. We did this over and over and over, the force of the current making it a challenge to avoid crashing against the bank.

I'm grateful I grew up around springs and unspoiled wilderness. The Florida I grew up in was tiny towns and mid-sized cities with lots of forests or farmland in between. As a kid, long car rides bored me but today long drives through the country restore my soul.

We took several epic Florida vacations, and I'll always treasure the memories and the photos from our Sunshine State trips. My favorite was staying on remote Sanibel Island in a small cottage. I'd get up early every morning and scour the beach for seashells. We went to Thomas Edison's Winter Home in Ft. Myer's and Edison became my childhood hero. After Sanibel we cut across the state and visited Lion Country Safari on the other coast.

I also remember a vacation to the panhandle with a glorious sailboat trip, staying at little motels on Ormond Beach, and many frequent visits to St. Augustine. There was lots to do in Florida before Disney, and it didn't cost a fortune to do it.

I'm grateful for these experiences in the other parts of the state, they give me a baseline with which to contrast the Florida of today and it helps me to appreciate the remnants of Old Florida that survive into the 21st century. Looking back into my childhood, I am reminded by how these experiences shaped me into who I am today. I am committed to doing my part to preserve Florida's culture, its history, and its natural environment.

I love hearing the stories from Floridians who have been in the state for generations – it helps me to imagine what the state was like before we arrived in '66. Feel free to leave a comment and share what you are grateful regarding Old Florida. 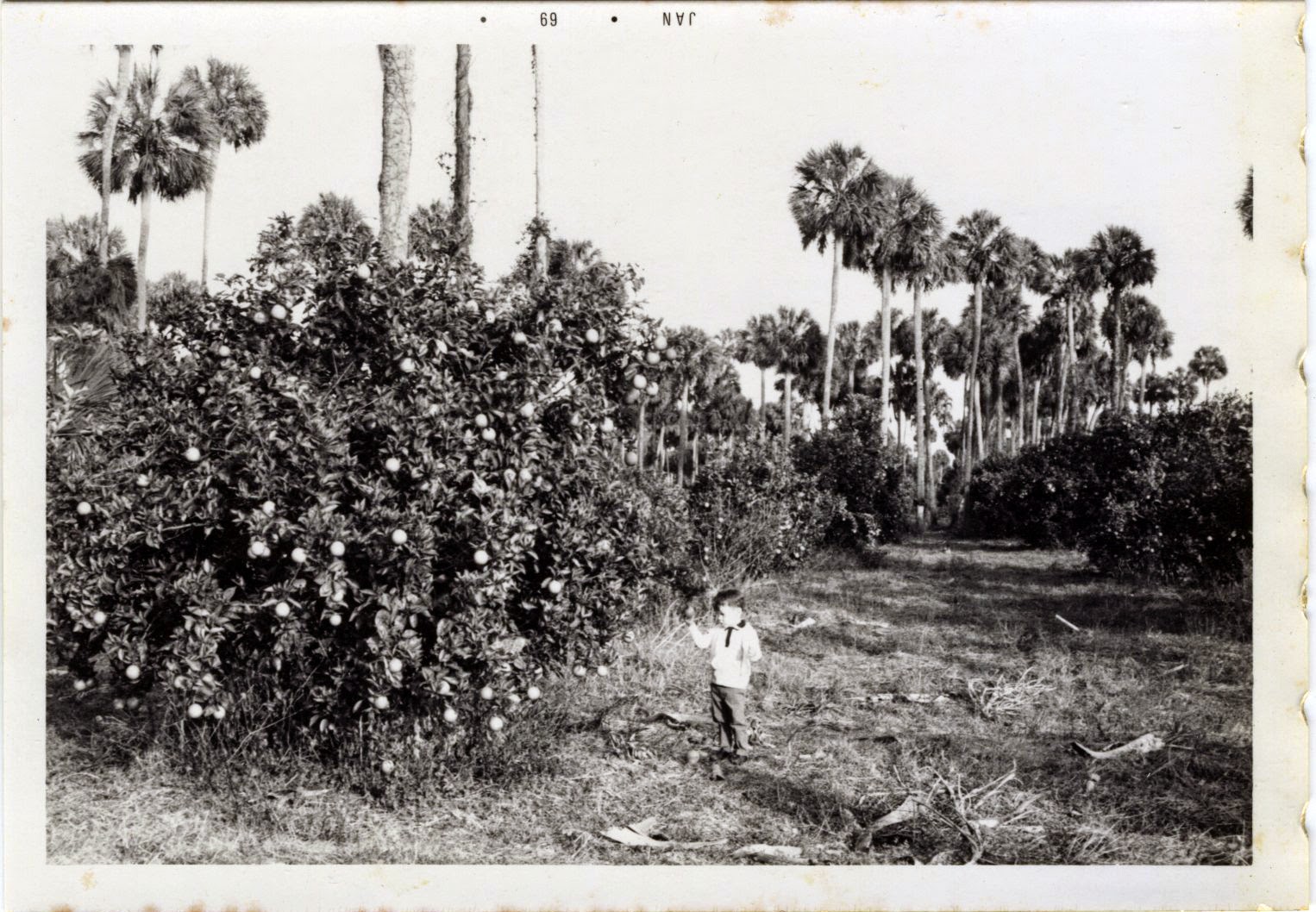