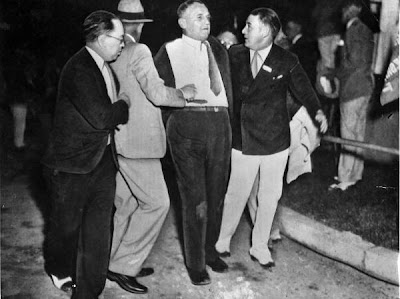 I was Googling up info on the WPA in Florida when I came across a fascinating bit of Florida history I'd never known before: in 1933 President-elect Franklin D. Roosevelt narrowly survived an assassination attempt in Miami. The photo above, from the state archives, has the following caption:

"The Pres.-elect had just returned from a fishing trip aboard Vincent Astor's yacht Nourmahal to address a gathering in Miami's Bayfront Park. Accompanied by Mayor R.B. Gautier, in the rear seat of a convertible, the Pres.-elect made a short talk and had just finished greeting Chicago Mayor Anton Cermak when Giuseppi Zangara began firing. Franklin D. Roosevelt was spared but Cermak was fatally wounded. At right he is assisted by W.W. Wood and L.L. Lee to Roosevelt's car, in which he was rushed to Jackson Memorial Hospital. He died of peritonitis on March 6th." 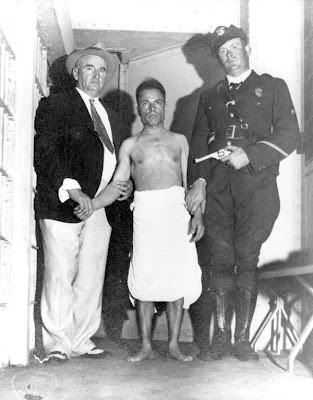 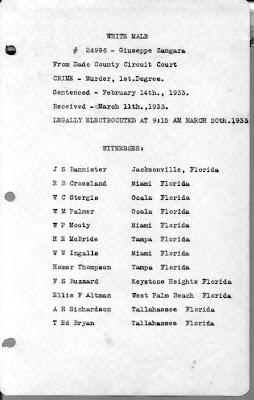 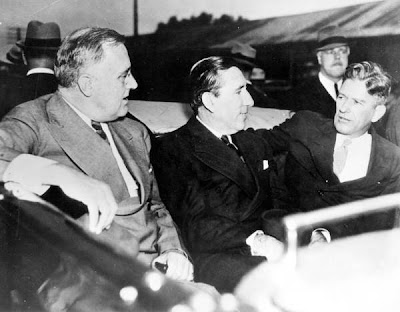 All images from the State Archives of Florida
Posted by Rick Kilby at 8:53 AM