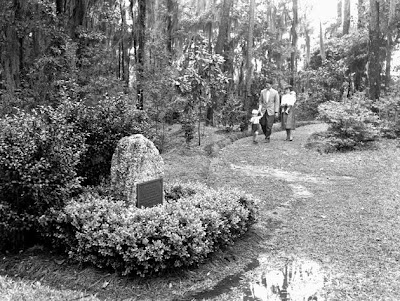 You know how when you're a kid everything seems big and then when you revisit as an adult, you are surprised that it's not really big, it just seemed that way because you were little? I recently returned to a spot on the University of Florida campus, where I played as a child, to not only find it changed by perspective, but also to find it was nothing liked I remembered because it had changed so much over time.
Wilmot Gardens in Gainesville near Shands Teaching Hospital is a place I remembered going whenever my Grandmother and Uncle were in town from Michigan. I think my mom loved showing them the azaleas and camellias in bloom; I just liked chasing my brother through the the labryinth-like paths and exploring the banks of the small creek that ran through the middle of the garden. The last time I can recall being there was when my college roommate had me help him drag a large armchair from our living room into the garden for a double exposure shot he was doing for a photography project. The image of the chair in the overgrown garden, he dubbed "Rick's Chair", still hangs in my house. 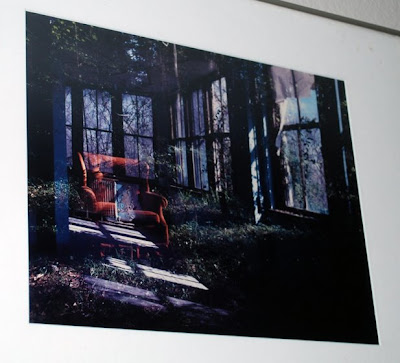 Wilmot Gardens was named after Roy Wilmot who as a horticulturist at UF in the 1940s became the preeminent authority on camellias. Wilmot founded the American Camelia Society in 1946 but passed away 4 years later a the age of 50. The UF College of Medicine website says that "in his memory, society members donated 300 once rare varieties of camellias representing every corner of the country " and in 1954 a plaque dedicated the Gardens in Wilmot's name. 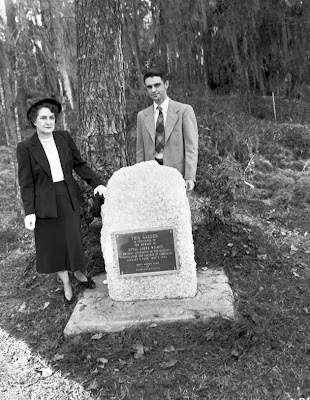 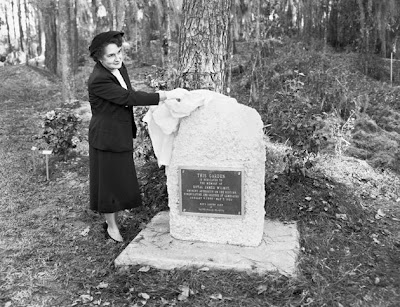 It turns out that the gardens were nearly lost from years of neglect, pine beetles, hurricanes and the growth of the surrounding university. Sometime in the 1980s the University stopped maintaining the gardens, and anyone who has tried to maintain a yard in Florida knows it doesn't take long for the jungle to move in once you let it go.
Fortunately some folks at UF saw the value of the space that once held "the largest publicly owned camellia collection inthe United States" and efforts are underway to restore the gardens. On the sumer day I visited, I was shocked at how little is left of their former beauty. Where there once was intimate paths carved out of lush green walls of plants, there are now barren open spaces, with an occasional plant stuck in the ground here and there. Maybe with some of that mojo the Florida sports teams have been able to muster, the gardens will return to their former glory for future generations of kids to play in and enjoy. 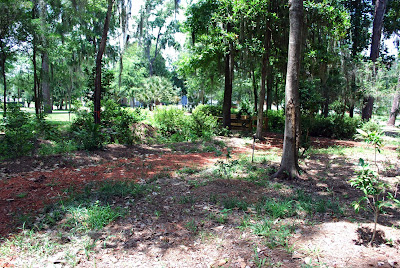 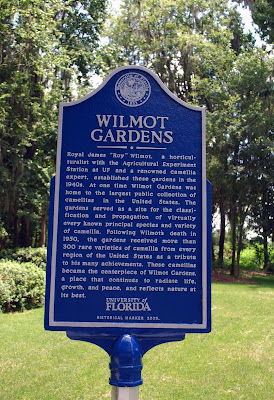 Archival images from the digital archives of the University of Florida
Posted by Rick Kilby at 6:09 PM