Hands Across the Sand at Lake Eola 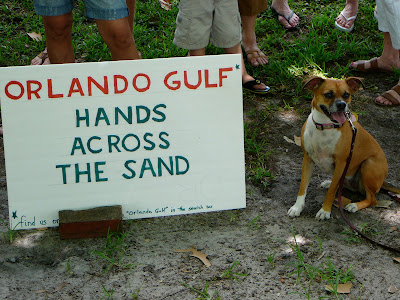 Orlando is about an hour from the Atlantic and about an hour and a half from the Gulf. So when I heard about Hands Across the Sand, I really wanted to drive to the beach to participate in this exercise to say no to offshore oil drilling and yes to clean energy. It was pointed out, however, that I would be a hypocrite by burning a great deal of fossil fuel in driving to the coast and back. Fortunately one of the 850 world-wide locations was just a couple miles from my house at Lake Eola.
I rode my bike downtown and rushed over to the lake and found three people holding a sign at the appointed meet-up location. Soon we were joined by others until we had between 30 and 40 like-minded individuals wanting to link hands in a show of unity for clean energy. We stood on the edge of the yucky green lake water, trying to hug the shade as it was pretty warm. In fact, I must say, riding your bike at midday in the Central Florida summer is a hot and sweaty endeavor. But it felt appropriate for the statement we were trying to make. I just hope clean energy solutions of the future include air conditioning!
I've never participated in something like this before, and I must admit I was not sure what to expect. Everyone I met seemed very kind and warm and committed to making this small stand. At first, I was pretty bummed that in a region with the population of Central Florida, only three dozen or so would show up. But later I saw photos of HATS folks all over the world and realized that we were part of something much, much bigger. Thousands of people all over the world, from India to South America, from Hawaii to Alaska, linked hands at the same time we did. In some places only three people gathered, in others the line of humanity stretched beyond the lens of the camera, appearing to extend into infinity.
It has been extremely frustrating to sit and watch the oil continue to gush into the Gulf and feel like we could only sit and watch. I know that linking hands for 15 minutes on a Saturday isn't going to make that stop. But as I saw the coverage of HATS on the national news, in the New York Times and all across the Internet, I have to think a message is being sent, that people are realizing the magnitude of whats going on in the Gulf and recognizing that we have to change the way we've been operating. For 15 minutes we stood in the humid Florida heat, linked hand-in-hand with our brothers and sisters around the world, and instead of feeling powerless, we felt pretty good. I look forward to having the opportunity to do it again. 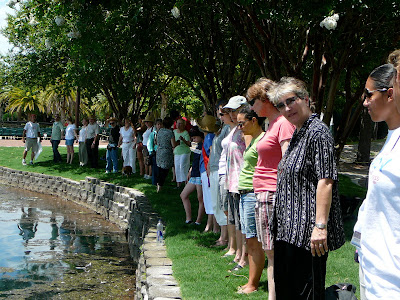 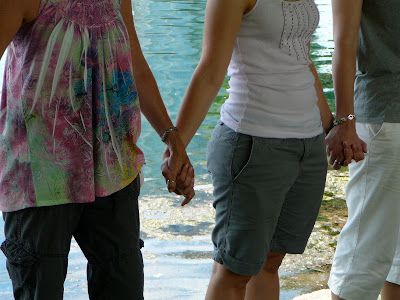 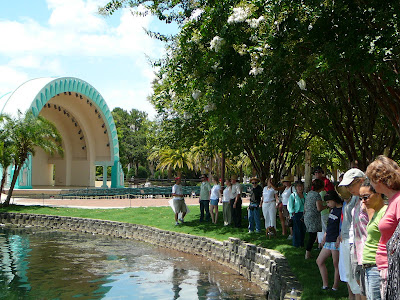 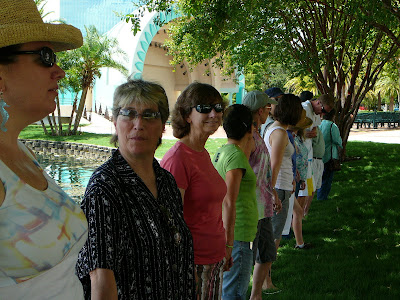 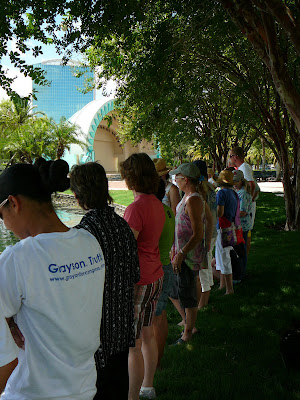 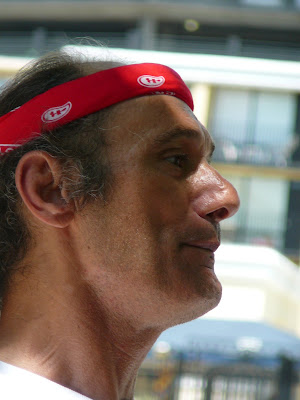 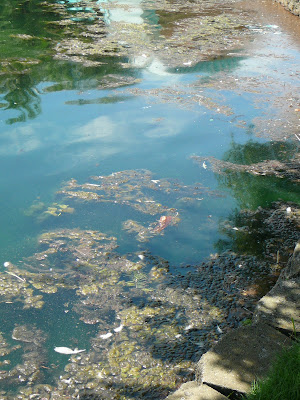 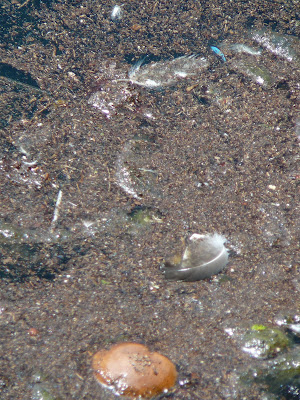 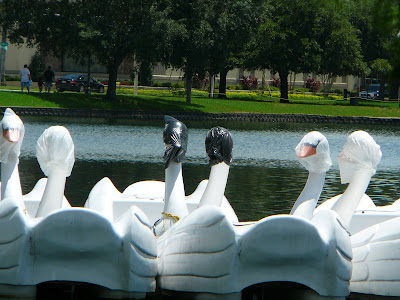 Perhaps this is to keep the swans from noticing the conditions of the water? 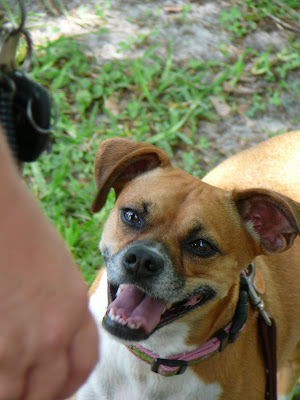 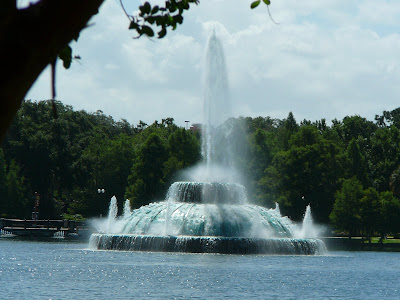