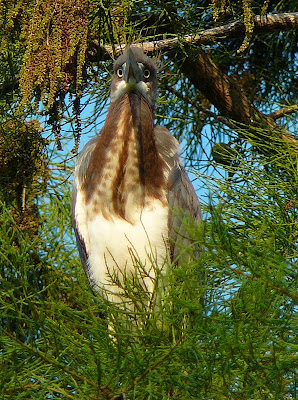 The whole concept of a bird rookery is relatively new to me, so I could have been around these bird-nesting magnets my whole life and not realized it. A bird rookery is an area where more than one pair of birds nest in a group. One of the most unique that I know of is on a small island just south of downtown Orlando in Lake Lucerne. It is within feet of the off ramp from SR 408 (or what old time Orlandoans know as the East-West Expressway.) 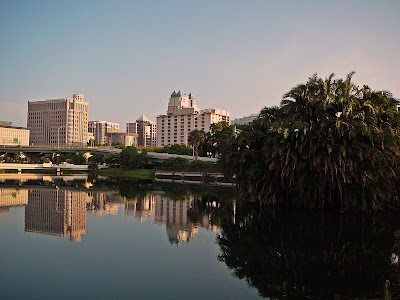 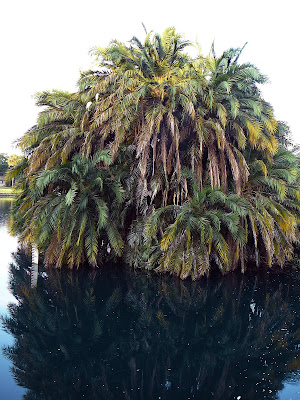 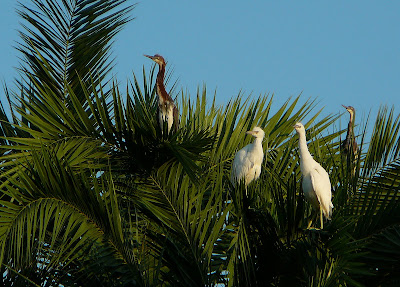 At this time of year the young birds are much older than the ones I saw at Gatorland, most of them appeared to be able to fly. They don't, however, seem to want to stray far from their nests and my guess is they may still be receiving meals from their parents. 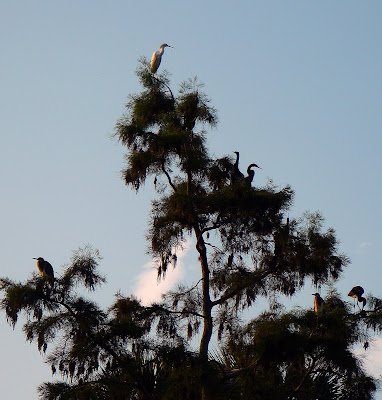 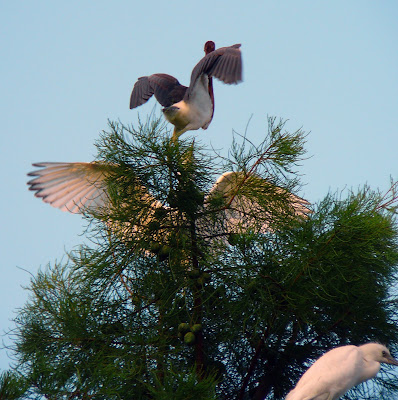 The small island is full of tri-colored herons, great egrets, snowy egrets and ibis. In a nearby Cypress tree are some young Anhinga and it seems like the island can't hold all of the quickly maturing birds anymore, so they populate the trees along the lake's shoreline too. I was unable to see any nests, I'm guessing they must be wall-to-wall on the island's interior where I can't see. There is much commotion constantly as birds jockey for position and birds are flying in and out constantly. The worst thing about the place is the smell of guano; it will knock you over. After I left I swore I could still smell it.
But overall I'm once again amazed by this little patch of wilderness in the middle of an urban environment. And after the media barrage of birds covered in oil in the gulf, it is nice to see these cute fledglings with the last bit of down on their heads, trying to muster up the courage to go out in the world on their own. 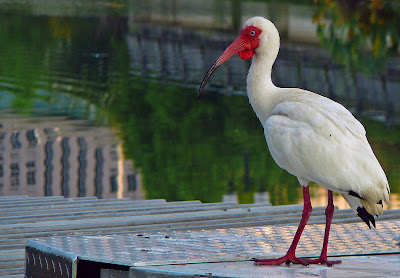 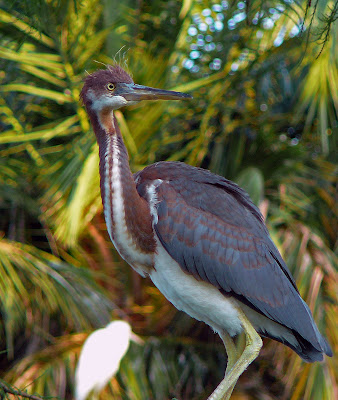