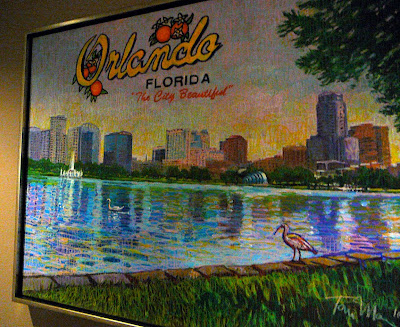 Aaron Jernigan was Orlando's original settler. Jernigan moved here in 1843 from Georgia with 700 head of cattle after the government offered free land to anyone willing to settle the wilderness that was then Central Florida. He headed up the local militia, built a fort to protect the settlers from the pesky Seminoles, represented Orange County in the state legislature and was the area's first postmaster. Jernigan, was apparently a bit of a scoundrel too, as he had several brushes with the law and eventually left the Orlando area after being indicted for murder!
Today I attended the dedication the new restaurant in the new Amway Arena named Jernigan's after the city's scoundrel founder. The building of the gazillion dollar palace of basketball was quite controversial, and my guess is that someone thought it would be a good PR move to give the upscale eatery located there some local flavor. So in addition to naming the place after the city's founder, they decorated it with historical imagery and memorabilia from Central Florida. 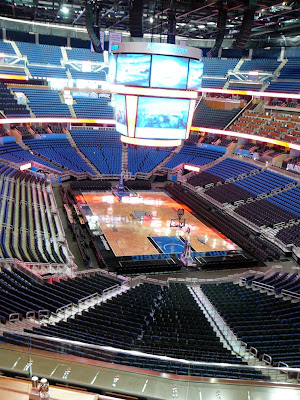 My friends at the Orange County Regional History Center provided many of the images used in the decor. Many of my favorites, like "citrus girl", were reproduced in large scale, plus some new images I've never seen in their archives. They also provided reproductions of vintage citrus labels used in the creation of a huge piece of art in the stairwell. 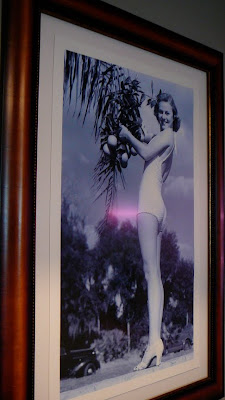 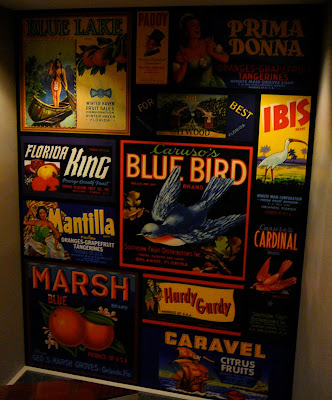 Much of the memorabilia was purchased when the owners of Church Street Station auctioned off what was left of the grand downtown attraction, located just a block to the east of the new arena. Church Street's current businesses are hoping the foot traffic from concerts and basketball games will provide a much needed economic boost. 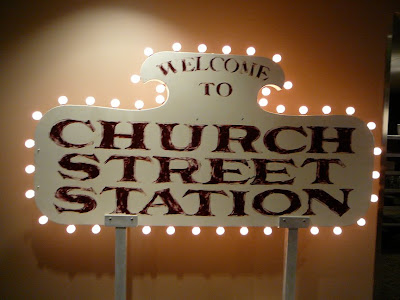 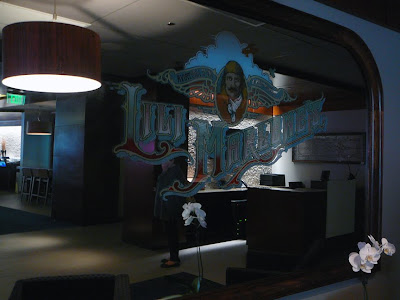 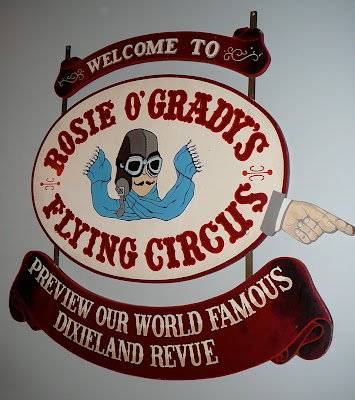 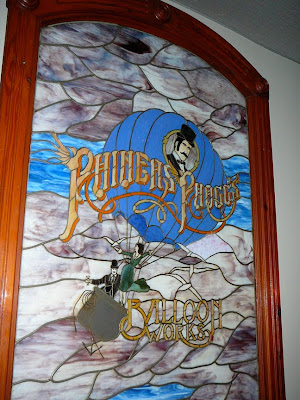 There was also some contemporary artwork – re-interpretations of vintage photos and postcards in a painterly technique plus traditional Florida landscapes scenes painted on actual basketball court flooring by Highwayman painter Robert McClendon. 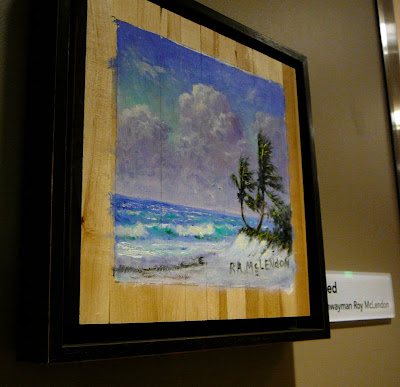 On hand was a who's who of Orlando politics plus many representatives from "old Orlando", including the "Great American Hero" Joe Kittinger. Fifty years worth of Orlando mayors were in attendance and the politicos played nice as they commemorated this gorgeous space with great views of the hardwood below. I thought the food was pretty good too. 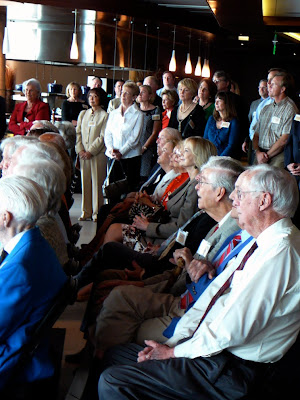 Years after escaping incarceration, Aaron Jernigan returned to Florida to find the settlement bearing his name was now called Orlando. His role in starting our city has been relatively obscure up until now. Perhaps the pioneer's colorful legend will have a Magical rebirth thanks to this fancy new establishment.