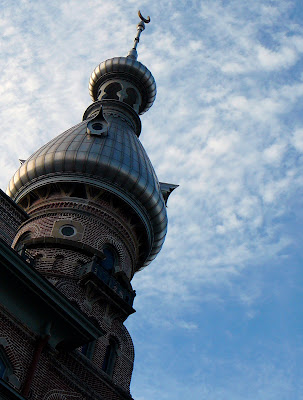 I'm not sure when I first saw the dazzling silver minarets of the the University of Tampa, but I knew immediately that I wanted a closer look. And even though the grand Victorian/Moorish masterpiece is just over an hour away from my doorstep, it took me an excruciatingly long time to finally get there. Located on the west side of the Hillsborough River, across from Tampa's downtown, the University of Tampa originated as the Tampa Bay Hotel built by Florida railroad baron Henry Plant. 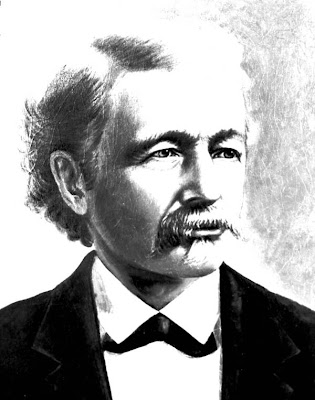 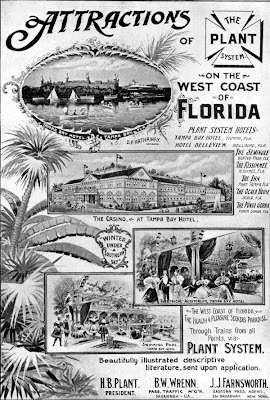 My first experience with a Plant property was stumbling across the Pico Hotel in Sanford. While incredibly interesting, the Pico can't hold a candle to the the opulent Tampa Bay Hotel. Opened in 1891, the Tampa Bay Hotel was Plant's response to Henry Flagler's brilliant Ponce de Leon Hotel in St. Augustine. Tropical Splendor: An Architectural History of Florida describes the building's unique features this way:
"It had thirteen silver minarets, each topped with a crescent moon representing a month on the Islamic lunar calendar. Horeseshoe arches of wood with carved curlicues amid elaborate filigree work graced the wide piazza. Keyhole windows also abounded in this fanciful structure, modeled in part on the Alhambra Place in Granada Spain. It took two years to build...It cost over two million dollars to construct and another half-million to furnish." 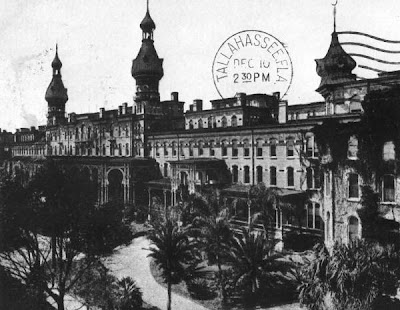 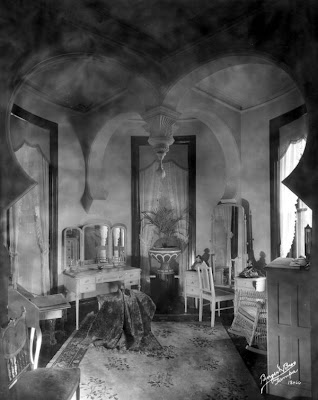 Some other facts about the hotel's history include:
• 452 freight car loads of bricks were used in the building's construction
• The interior was decorated with 80 freight cars worth of period furnishing picked out by Plant and his wife in Europe
• Designed by architect J.A. Wood, the hotel was the most modern of its day with electric lighting, private baths, telephones and elevators
• Guest paid between $75 and $15 to stay in the hotel
• The hotel served as headquarters for the Spanish-American War in 1898, at which time one of its most famous occupants was Teddy Roosevelt
• In its 40 years operating as a hotel guests included Thomas Edison, Winston Churchill, Stephen Crane and Grover Cleveland among others
• After Plant's death in 1899 the hotel was sold to the City of Tampa for a mere $125,000
• The hotel closed in 1930 and remained shuttered for three years until Tampa Bay Junior College began using the space in 1933 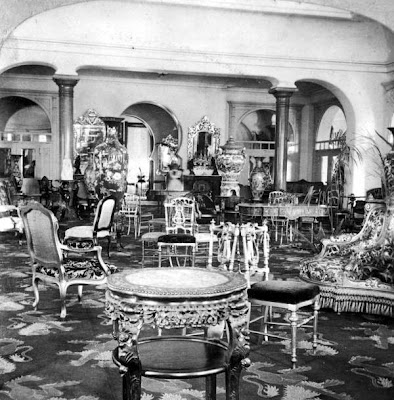 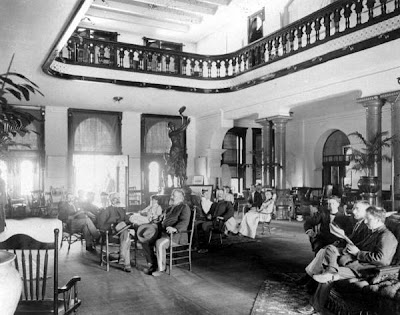 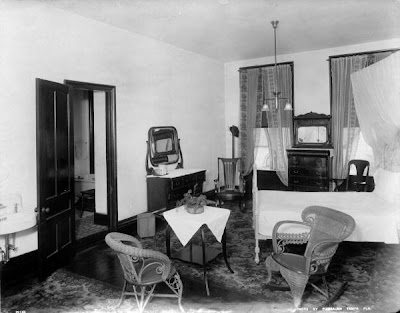 In addition to housing the University of Tampa, the hotel currently is home to the Henry B. Plant Museum. Rooms are decorated with period furnishings, and they were decked out for the holidays when we visited. The museum has a wonderful video on the life of the hotel and also offers a well-stocked gift shop. After a leisurely stroll through the museum, we wandered through some of the public spaces of the University and reveled in the opulence of the interior's decor. In my honest opinion, the building and the grounds are some of the grandest in Florida. I cannot imagine why I took so long to get there. If you are interested in history or architecture, this is a must-see. 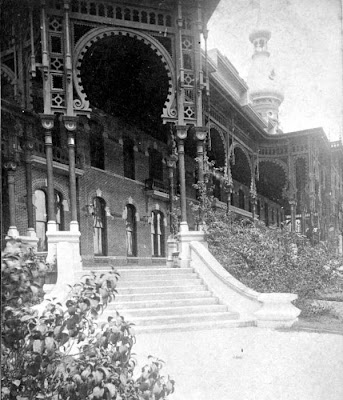 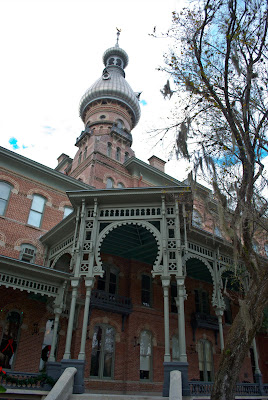 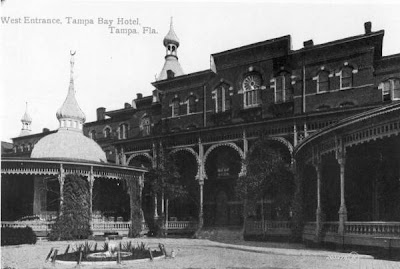 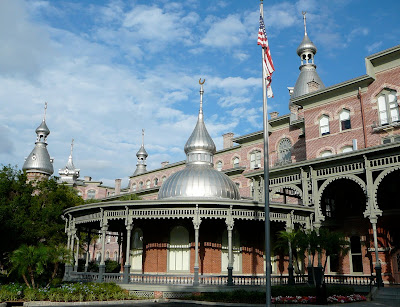 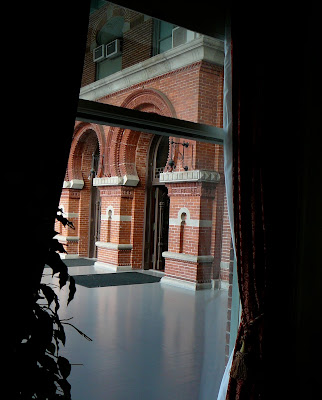 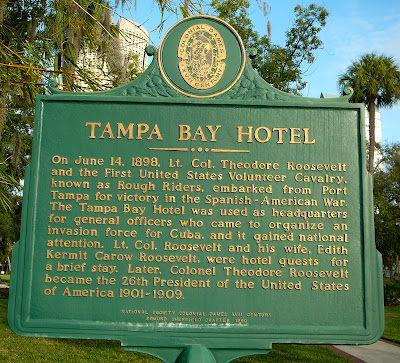 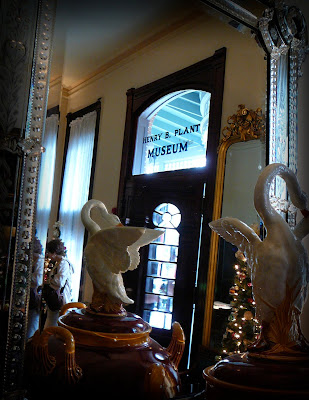 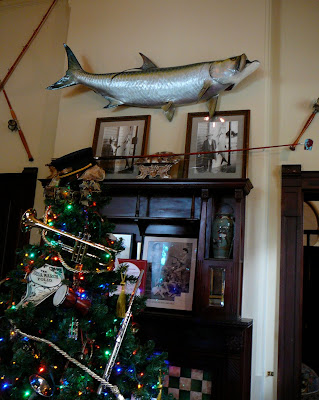 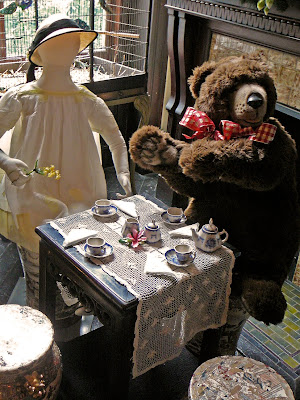 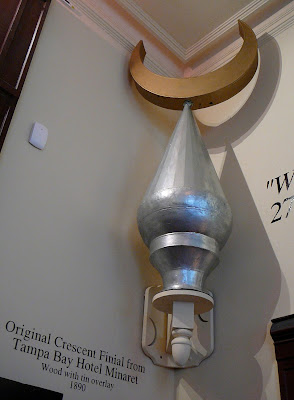 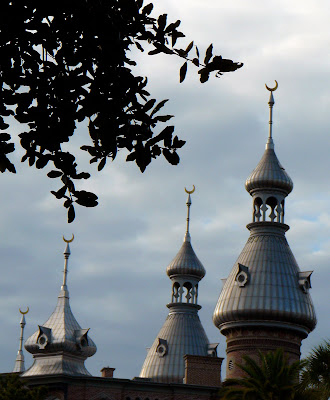 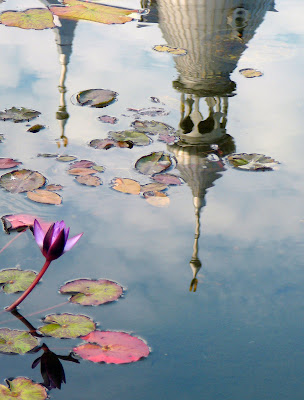 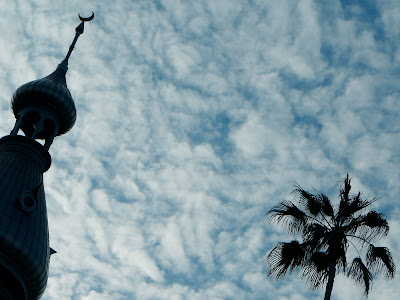 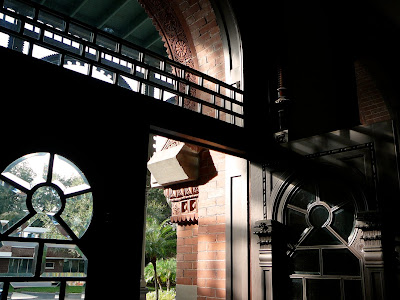 Historic images from the State Archives of Florida
Posted by Rick Kilby at 8:41 AM