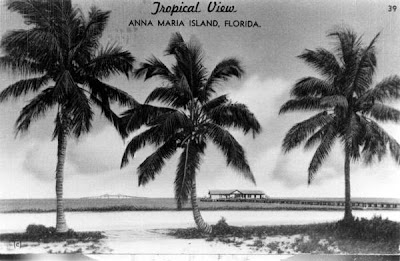 Anna Maria Island is a seven mile long piece of paradise just west of Bradenton Florida. Unless you are there at the time of year when snowbirds clog the island's roads and accommodations, then its more like hell. I was last there at Thanksgiving before the island was totally taken over by Midwesterners, and had very enjoyable stay. 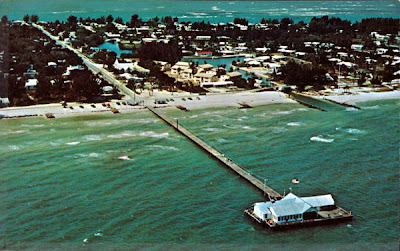 The island was named after the queen of Spain by none other than Ponce de Leon and was first homesteaded by George Emerson Bean in 1892. His son, George Wilhelm Bean, partnered with Charles Roser to develop the island. Today almost every inch is developed and the property has become extremely pricey ( a small mid-century 2/1 would go for a million dollars before the collapse of the real estate market.) 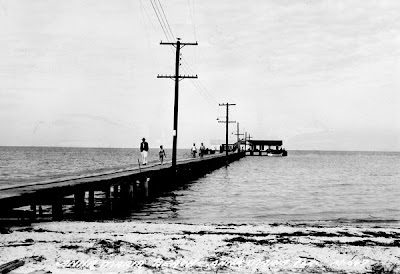 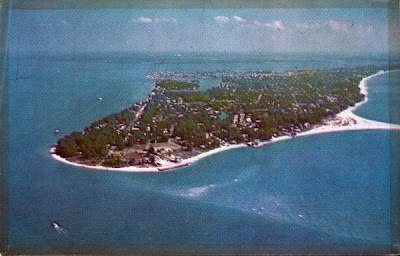 My association with Anna Maria goes back a number of years, as relatives from Michigan have wintered there for many years. Just two and a half hours from Orlando, I'm always delighted to see how different the flora and fauna is from my home in the state's interior. Wild Parrots squawk loudly from enormous palms and Banyan and Ficus trees thrive in the climate. And despite the concentration of vacation homes and northerners, the place does have that delightful "island vibe" that one has to experience to understand. A 2005 New York Times piece about the island was entitled "Perfecting the Fine Art of Doing Nothing." 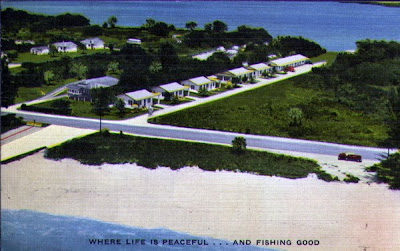 Vintage postcards from the State Archives of Florida 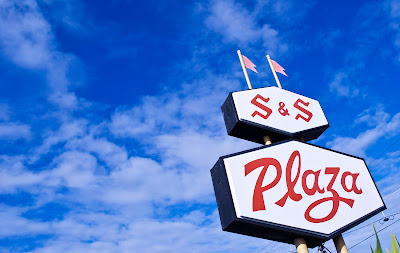 There are some wonderful mid-century structures on the island
The keepers of Anna Maria history have a small museum in a 1920s ice house. The quaint space has some great artifacts and the property includes the City Jail and a small cottage that originally sat at the end of the city pier until it fell into the bay in 1926. The jail has long been a photo op, and the museum was stocked with great ephemera and minutiae like the fact that after filming a movie on AMI, Esther Williams fell in love with the island and bought a house here.

Although I don't have a house here, I fell in love with the place a long time ago too. 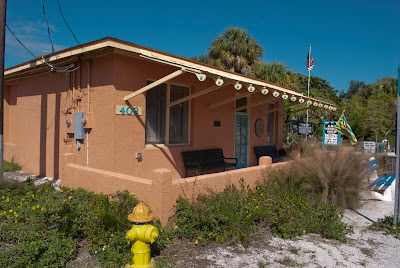 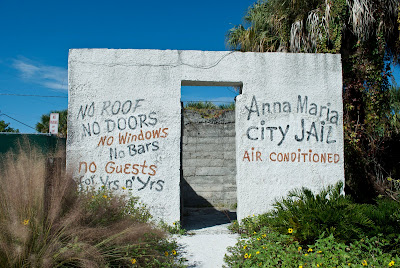 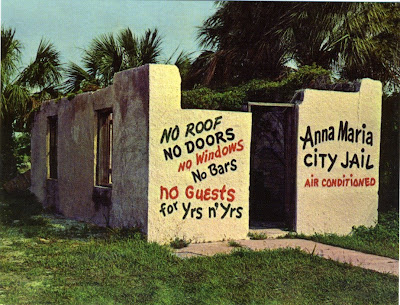 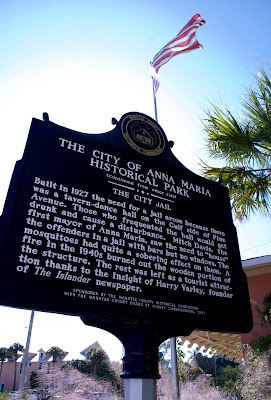 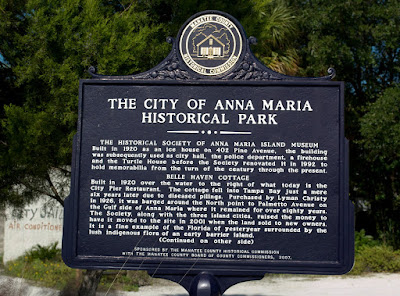 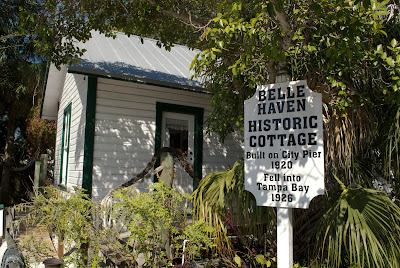 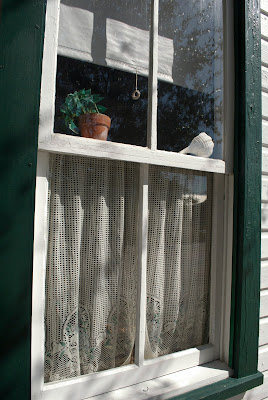 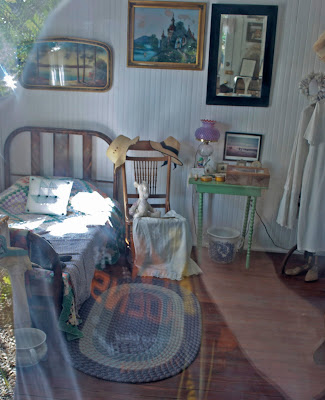 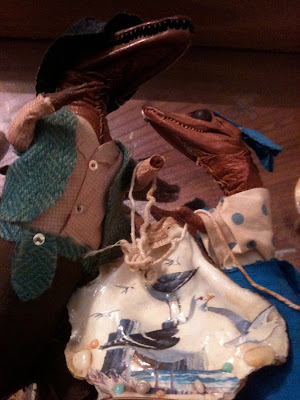 Example of kitschy museum display, this one featuring classic Floridiana 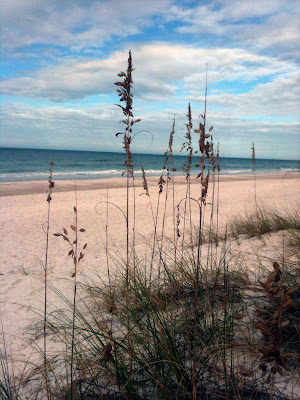 A pristine Anna Maria Island Beach
Posted by Rick Kilby at 7:54 AM