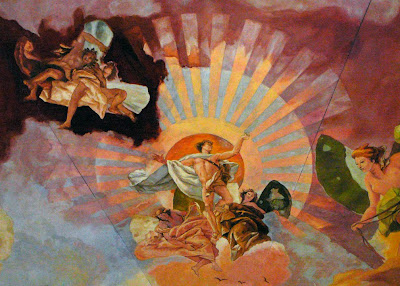 Black Friday was one of the best days of the year for me. It started in Anna Maria Island (future post), continued at the St. Pete Shuffle and ended at the historic Safety Harbor Resort and Spa. I don't think I've ever stayed at a spa before, but the rates were very affordable and the location is within walking distance of my friends' home. And did I mention that its historic?
According to the history published by the spa, the site contains five springs discovered by Spanish explorer Hernando De Soto in 1539. Reportedly De Soto thought he had discovered the famed Fountain of Youth and named the site Espiritu Santo Springs, or "Spring of the Holy Spirit." 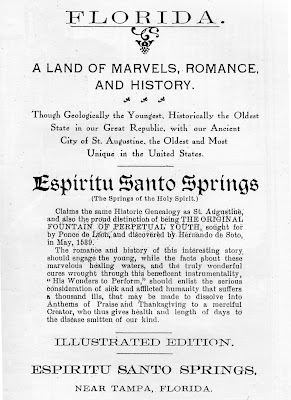 Seminole War veteran William J. Bailey was the first American to own the springs in 1855 and by the start of the next century Safety Harbor was known as the "Health Giving City". In the 1920s James Tucker developed the springs further building the Safety Harbor Sanitorium, two pavilions and a hotel on the site. The five springs became categorized by the ailments they reportedly healed; they were the Beauty Springs (for healing skin problems), the Stomach Springs (for internal digestive issues), The Kidney Springs, the Liver Springs and the Pure Water Springs (delicious drinking water that was bottled.) 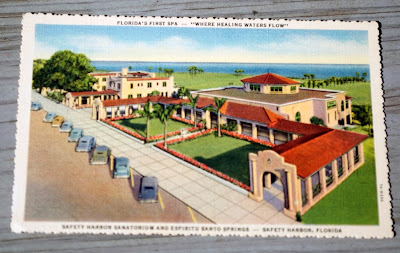 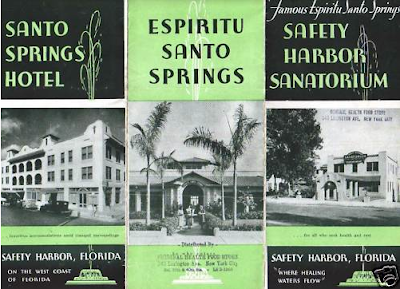 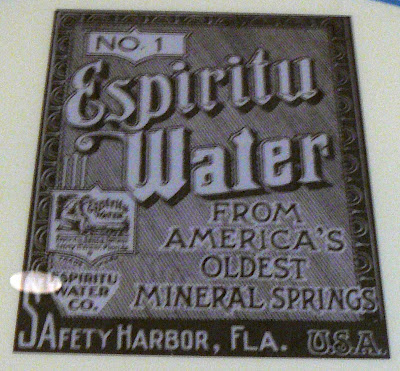 The first swimming pool for the spring water was built in the thirties under the direction of new owner Dr. Alben Jansik. Famous guests during this period included Houdini and drugstore barons F.W. Grant and Russ Kresge. A series of other owners further developed the property into a resort and full service spa in the mid-20th century. In 1964 it was recognized as a historical landmark by the US Department of the Interior. 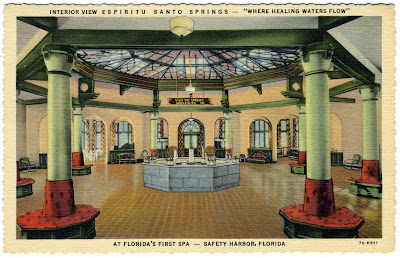 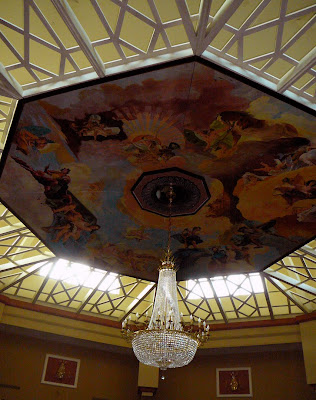 As historical properties goes, this property seems very contemporary as the interior has undergone extensive renovation through the years. The lobby is very plush and when we checked in a loud rock band played from a club on the floor beneath us. The octagonal room that at one point had a spring directly beneath it, is now a fancy banquet room, complete with a hand painted mural overhead. Adjacent to that the History Hall with several large displays depicting the sites glorious past. 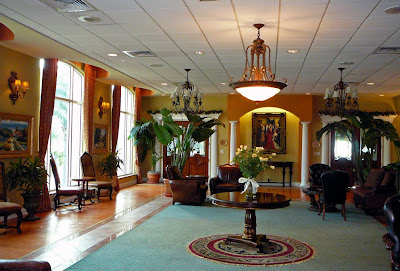 Our room was very comfortable and although we didn't have the opportunity to take advantage of the any of the Spa functions, I would like to try out some of the facilities on a future visit. On the day we were there, they offered spinning, water aerobics and Pilates classes plus Qi' Gong, T'ai Chi and Energy Medicine. There is a $16 resort amenity fee included in the cost of the room, but even with that additional expense I still thought the room rate was reasonable. 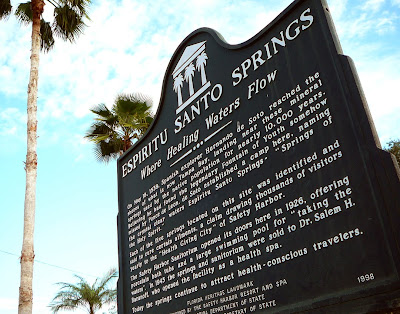 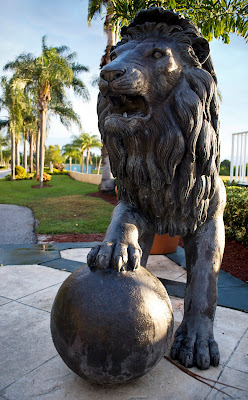 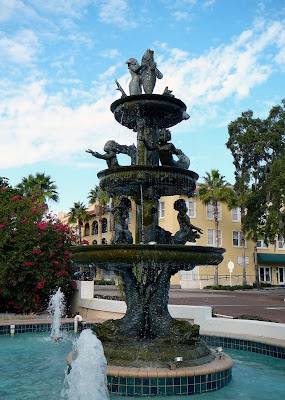