Shrine of the Water Gods - A Brief History of Silver Springs 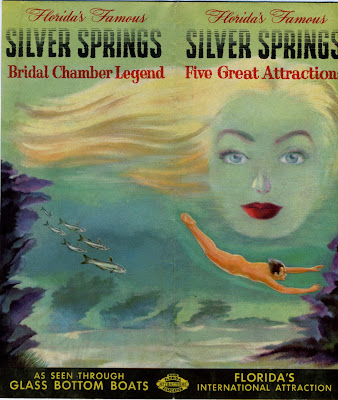 Few places in Florida have more human history than Silver Springs. According to a 1935 written history of the Springs entitled Shrine of the Water Gods, this place the Indians called "Sua-illeaha" meaning "sunglinting water" had the Indians under its "strange spell." In Florida's Past, Volume 3, author Gene M. Burnett claims conquistadors Narvaez and De Soto visited the spring only to be "craftily directed to... mythical gold fields northward" by the native Ocali Indians in order to keep their "watery shrine" from being desecrated. 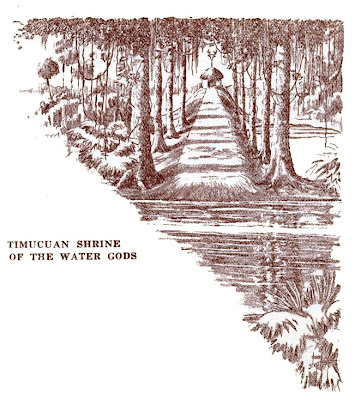 Burnett also states that the Seminole leader Osceola swam and fished at the sacred spot in his youth and it was home to another Indian Chief until the advent of the Second Seminole War. The first white man to make a claim on the land bought the Springs and 80 acres around it for $1.25 an acre from the U.S. Government. Tourists began arriving a short time later when steam boats traveled from the St. John River, through the twisty Oklawaha River up the Silver River to the Springs. The river trip to Silver Springs grew in popularity after the Civil War, attracting both Robert E. Lee and Ulysses S. Grant as well as Mary Todd Lincoln. Popular writers of the day helped the legend grow, as poet Sidney Lanier and Uncle Tom's Cabin author Harriet Beecher Stowe marveled at the entrancing spectacle of Silver Springs. The glass bottom boat was perfected by twentieth century owners Col. W.M. Davidson and W.C. Ray who promoted the Springs with billboards until attendance reached 500,000 visitors a year. 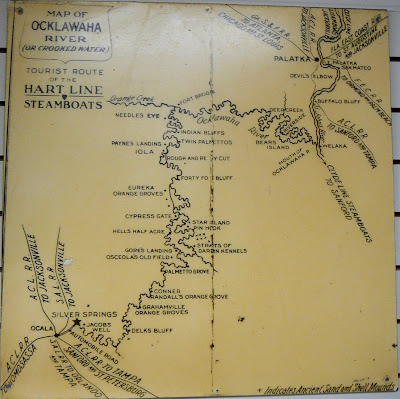 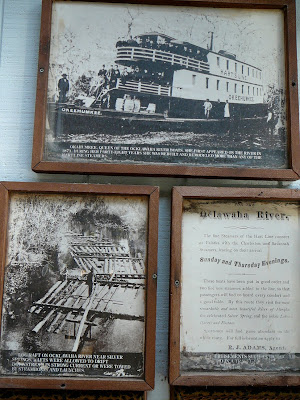 The rich history of the Springs, including ephemera from the movie and television shows filmed there, are celebrated in a small museum in the current park's promenade. Models of the park used in road shows are on display as well as movie memorabilia and marketing collateral from the Springs' golden days. 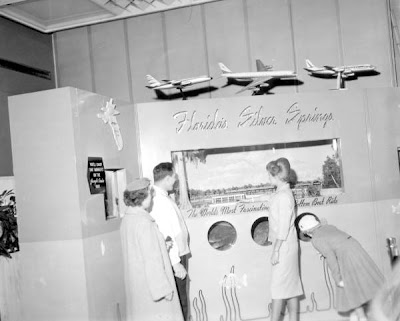 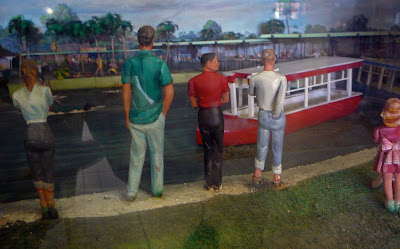 The same dioramas are on display today
at the small museum inside the attraction. 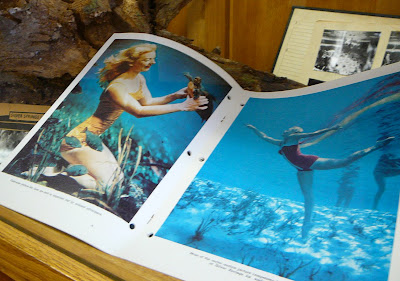 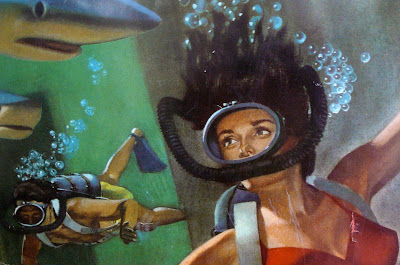 Silver Springs has been home to a great deal of underwater production from Johnny Weismuller's Tarzan to TV's Sea Hunt to a recent James Bond film. 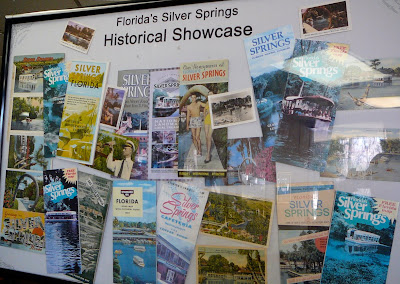 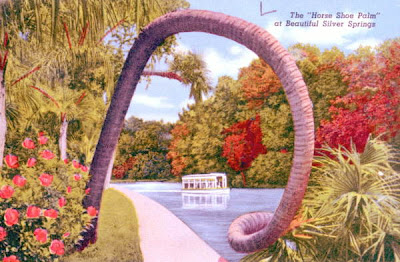 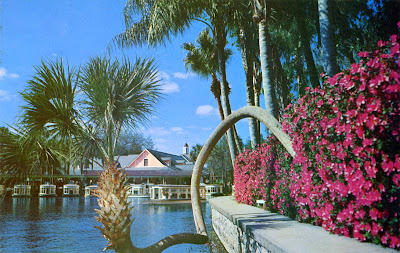 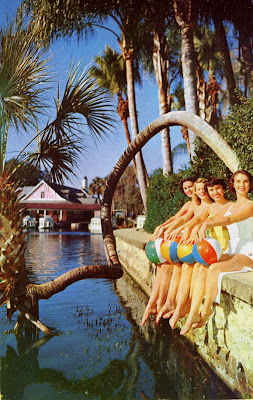 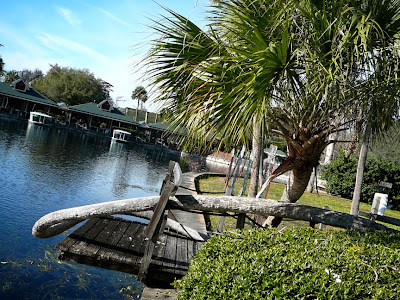 The tree remains, but it is supported on a wooden platform
and surrounded by a wooden fence. 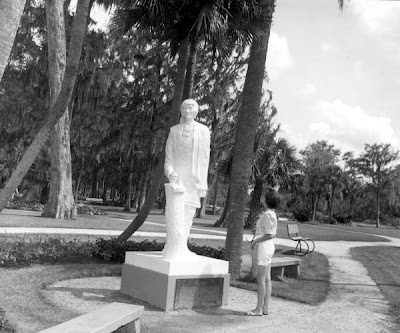 The statue of Osceola is another icon of the park's heydays.
State Archives of Florida 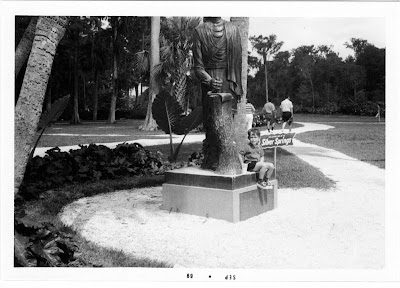 Yours truly with Osceola in 1969 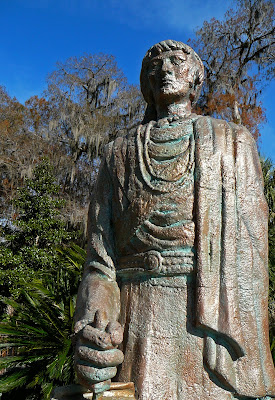 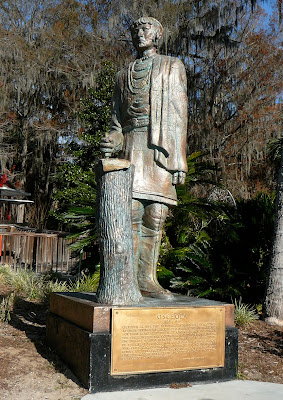 The Osceola statue today
Posted by Rick Kilby at 7:05 AM