Hotel Marion in the Kingdom of the Sun 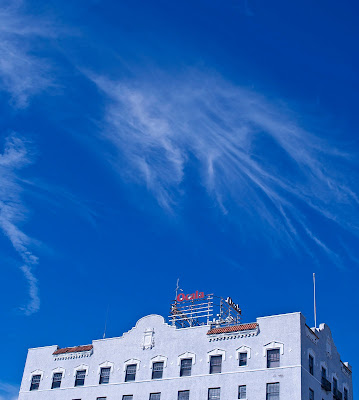 The back edge of a cold front was moving though Ocala, sucking away all the humidity from the air and leaving bright blues skies and stretched out clouds. As I approached the Hotel Marion, I was mostly focused on what was above the building. Fortunately I found more photos in the Wikimdeia Commons by Ebyabe showing more of this great old building. This blog shows some great ephemera from the hotel in its prime.
Some stats:
• Built 1927
• Added to the Historic Register 1980
• 100 rooms
• Rates for a single room were $2 a night, year round

The Hotel Marion strikes me as the quintessential 1920s Florida boom hotel; similar to others in Gainesville (Seagle Building), Lake Wales (Dixie Walesbilt) and Lakeland (Terrace Hotel). They are beautiful relics of a distant age of prosperity; some have entered the 21st century gracefully and others are slowly decaying. I'd say the Hotel Marion is doing fairly well for grand old lady approaching the end of her first century of existence. 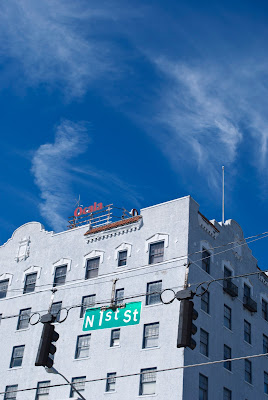 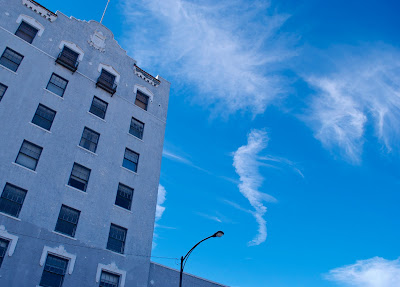 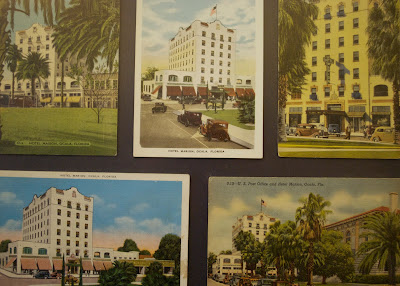 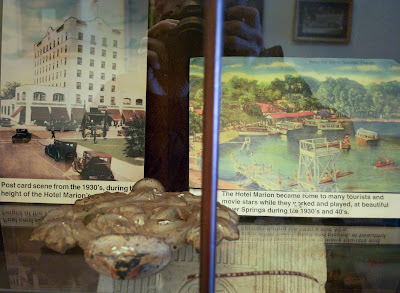 Historical artifacts in the lobby 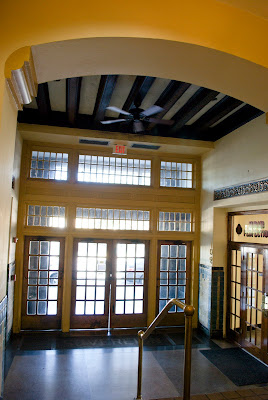 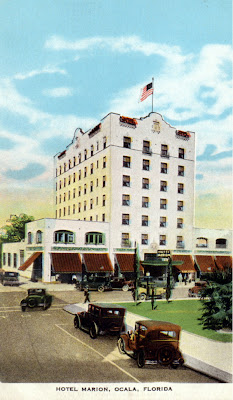 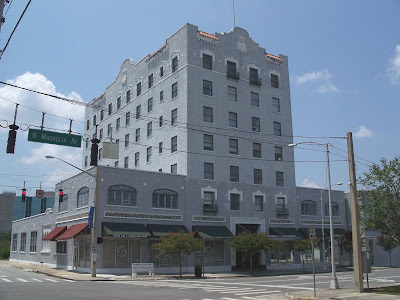 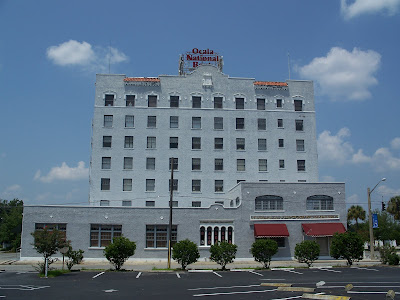 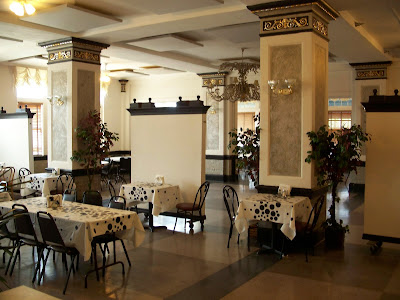 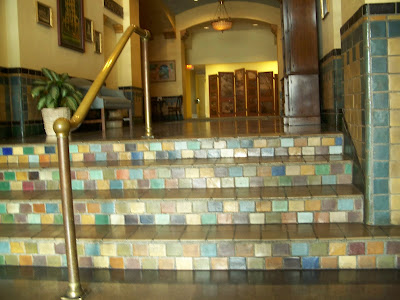