A Wonderous glimpse into the past 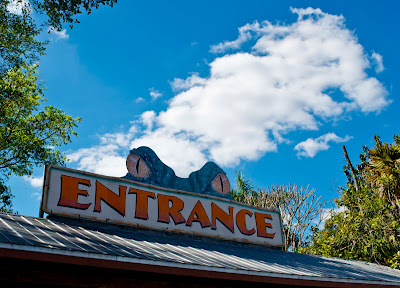 For a short time it looked like it looked like my visit to Everglades Wonder Gardens might not happen, but a window opened up and I squeezed in a quick trip to this wonderful vintage roadside attraction last Saturday. It had been high on my list to visit because the future of the 75 year-old institution is uncertain, as the owners are exploring selling their property. Located on Old US 41 in downtown Bonita Spring's quaint little downtown, the property could be the cornerstone to that area's redevelopment. But for now, it is still a vintage time capsule, very much a portal to the past where roadside curiosities lured travelers off the road, well before theme parks were invented. And that is the charm of the place, it has personality and is an expression of one family's vision, not a team of Imagineers. Having visited Disney's Animal Kingdom just weeks previous, the contrast between the two parks was jarring, symbols of the changes in the last 70 years of tourism in Florida.

Brothers Bill and Lester Piper moved to Florida in the early 1930s and purchased the riverfront property that the Gardens sit on today. The siblings collected reptiles from the nearby Everglades and started a small roadside zoo on the Tamiami Trial in 1936. In the 1940s they added Florida Panthers to their growing collection of animals, which was supplemented (and still is today) by injured animals needing rehabilitation from all over SW Florida. The two most famous animals in their collection were Tom, a large Black Bear who starred in The Yearling, and Big Joe, a 15 ft. long North American Crocodile (he is still on display today in a glass case thanks to taxidermy.) Also worth noting is that at least one Florida Panther from Everglades Wonder Gardens was re-introduced into the wild by the National Park Service to help revitalize the ever diminishing numbers of Florida's native big cat. For a more extensive history on the Gardens, I recommend this website. 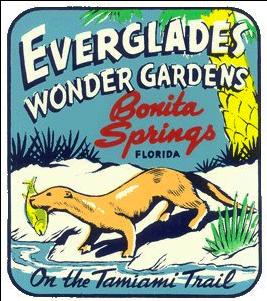 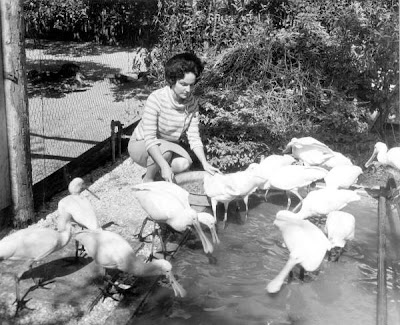 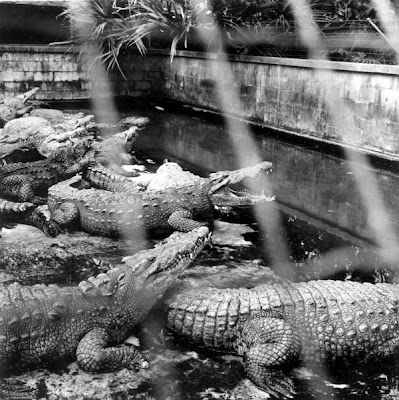 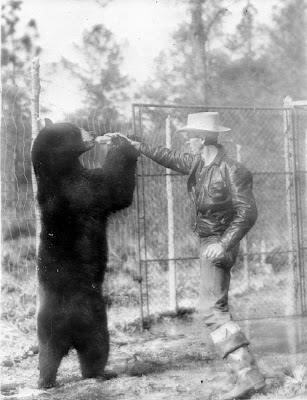 Tom, the Florida Black Bear, played Old Slewfoot in the filming of The Yearling in 1946. Here he is with EWG co-owner Bill Piper.
State Archives of Florida
It's hard to miss the gardens today, as beautifully painted signs bookend the property on Old 41. One enters the attraction through a tin-roof style cabin with a big covered porch out front. Doubling as the gift shop, a wide variety of taxidermy treasures are sprinkled amidst t-shirts and standard tourist baubles. After paying admission, one starts the tour of the Gardens in the fabulous museum, which is full of a wide array of preserved animals. A collection of old Florida memorabilia, animal bones, and bizarre relics, the museum is wonderful and macabre, in a Ripley's sort of way. 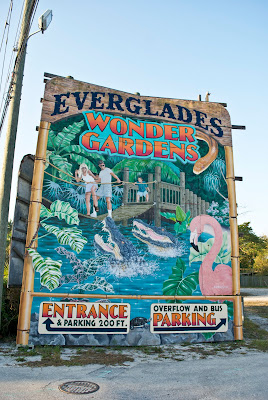 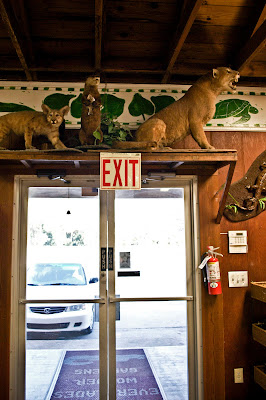 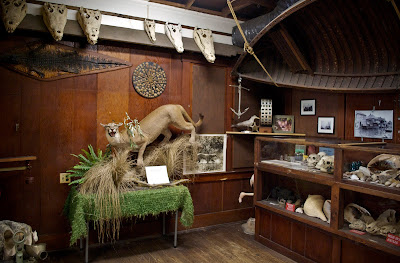 Tours are offered continuously, so a guide takes you from the museum to the tour where ever it is in the Gardens; however you are free to leave the tour and explore on your own at anytime. I liked this tradition of conveying information about the plants and animals vocally, versus having text panels throughout the park. While it was by no means crowded, a dedicated band followed our guide, hanging on his every word and closely examining each animal. The difference between the environments the animals live in here and the ones I recently witnessed at Animal Kingdom, is expressed very well in a hand a painted sign outside the entrance:
"We have early 1930's animal housing which enables a guest to get up close and personal to each exhibit." The sign continues "These enclosures are nestled among one of the most beautiful botanical gardens in the world. We feature predominantly animal wildlife, but we do have other species from Asia, Africa and South America. Visitors through the our Gardens are taken on a tour by experienced guides at no extra charge. During this tour enjoy the alligator feedings and otter shows which are a part of every tour." 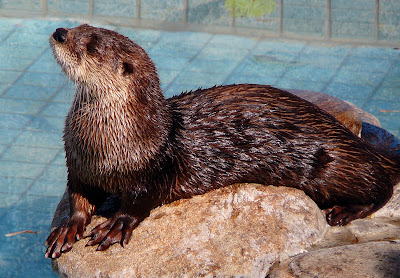 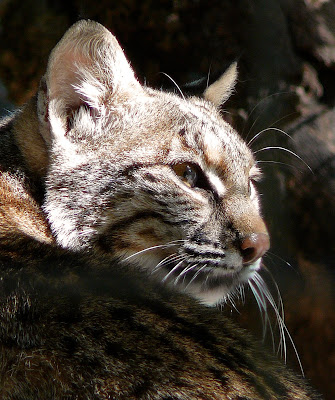 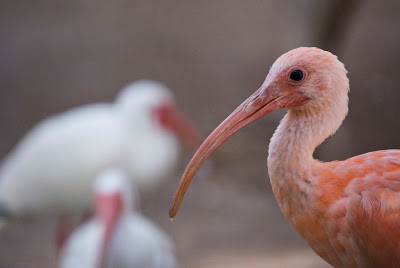 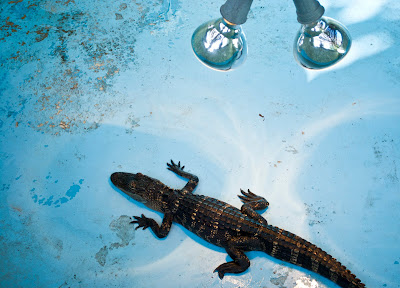 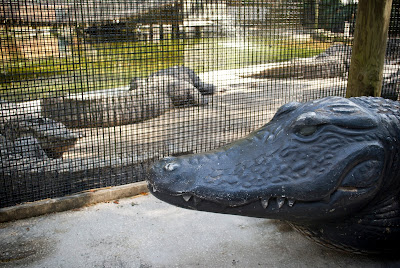 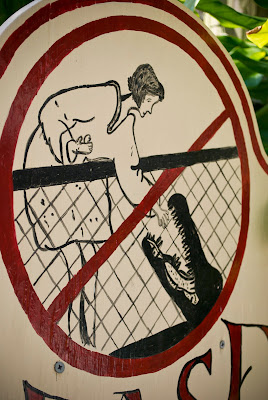 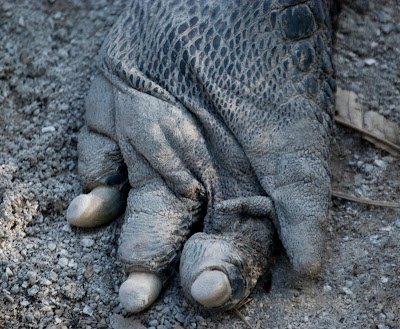 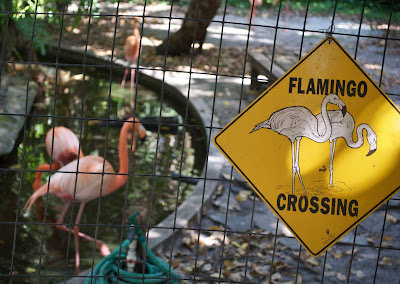 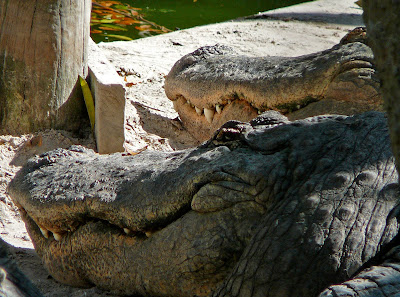 The question is, does a 75 year-old roadside attraction still have a place in 21st century Florida? In a state that changes as quickly as Florida does, it is amazing that it has been able to survive as long as it has. On the day that I visited, I could easily imagine being a visitor in the early days of the Tamiami Trail, and getting a glimpse into Florida's roadside past was quite a treat. 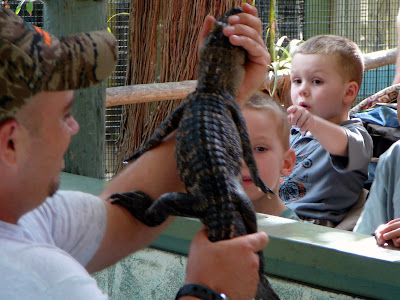