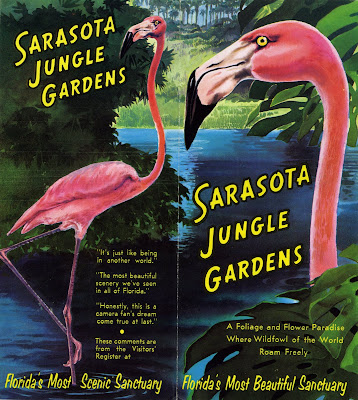 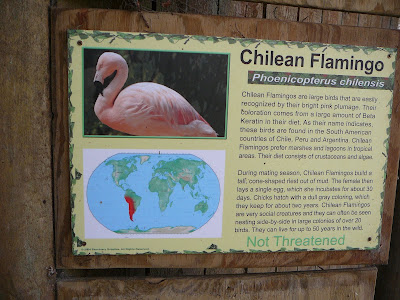 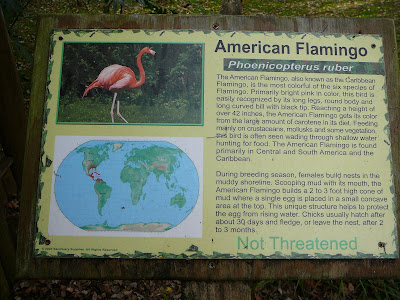 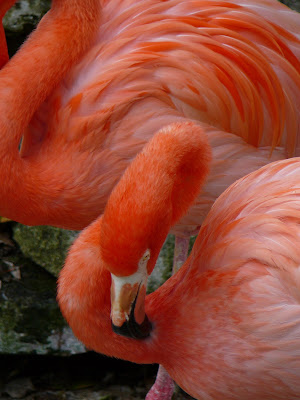 The more familiar American or Caribbean Flamingo at Silver Springs
The color of flamingos vary from a light pink to a dark reddish salmon color due to their diet which is high in Beta Carotene. The Lessers we saw at the Disney park were more pale in coloration than their Caribbean counterparts we saw at Silver Springs a month earlier, but their eerie red eyes and odd behaviors made them just as striking. Although I don't remember seeing this variety before, flamingo-world.com says Lessers are the most common of all flamingos and the type that you are most likely to see in captivity. Despite their impressive numbers the population of the Lesser Flamingo is decreasing as floods, droughts and pollution are taking a toll on the ability these incredible birds have to survive in the wild. 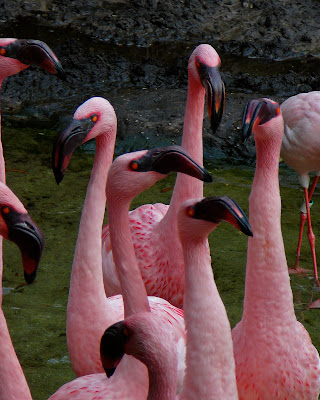