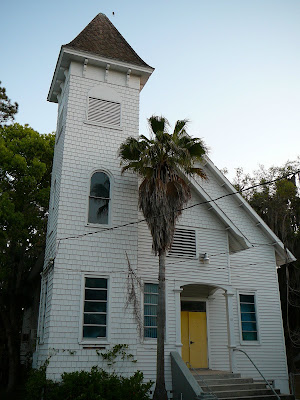 St. Augustine has the best collection of historical architecture in Florida, hands down. From towering masterpieces of the Victorian age like Henry Flagler's Ponce de Leon Hotel, to modest wooden churches, there is a charm in the old town that captivates me every time I visit. And I keep finding reasons to visit. 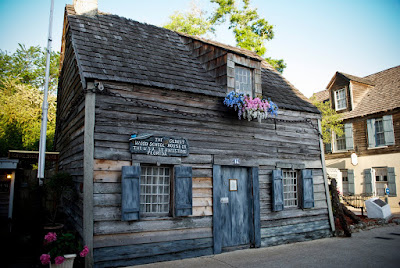 I've been by this little schoolhouse a zillion times, but never actually seen it when it wasn't surrounded by tourists before. 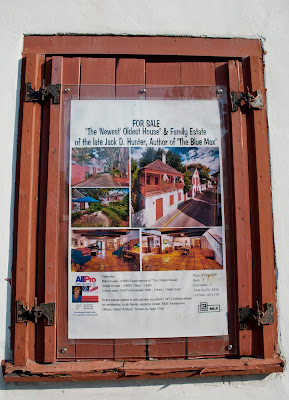 Got a spare 1.3 million to spend? You can own this replica of St. Augustine's oldest house directly across from one of my favorite places to eat, the Mayan Cafe. 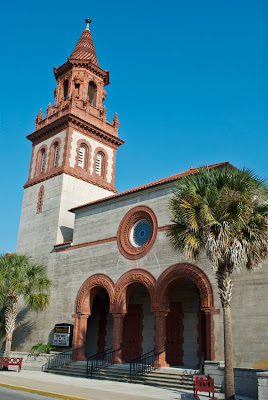 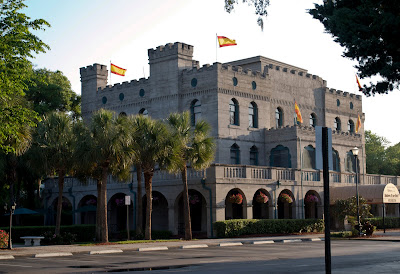 Another rare opportunity to shoot this site of Ripley's Believe It or Not without hundreds of tourists... this was once a hotel owned by Marjorie Kinnan Rawlings' husband. 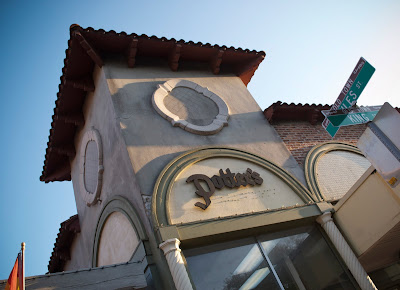 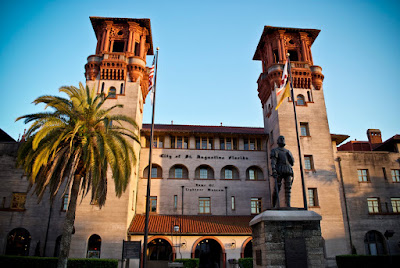 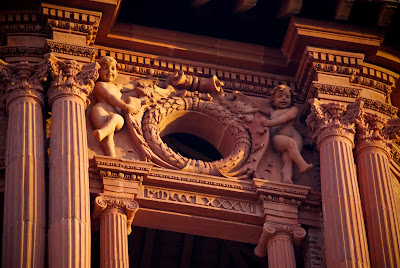 Details of the Alcazar Hotel, now home to the Lightner Museum and City Hall. 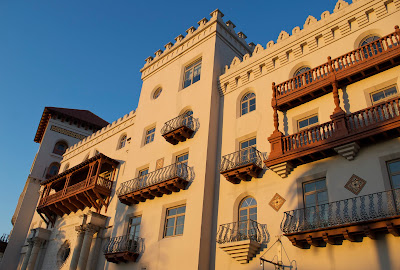 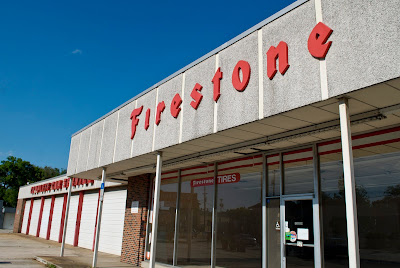 I keep photographing this vacant mid-century Firestone dealership because I'm afraid it won't be there the next time I visit... 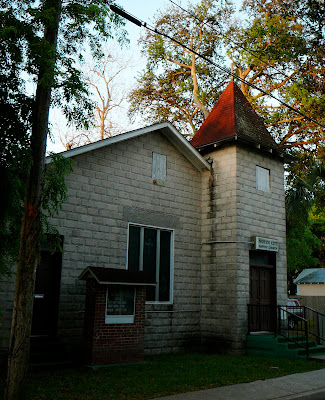 "Bernard Street is one of three historically black residential streets in the North City area, dating back to the Flagler Era... In the early twentieth century, Dawson Chapel C.M.E., Hurst Chapel A.M.E., and North City Baptist Church were built on Bernard Street." 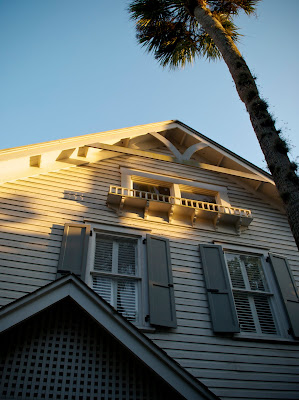 "Perhaps the most unique location in the city, Palm Row is reminiscent of residential mews found tucked away in historic sections of urban locales (think Greenwich Village and you'll get the idea). What appears to be a bricked walkway is the actual street as it was laid out in the very early 1900s at the end of the Victorian era. Houses line up on the south side with parking on the north." 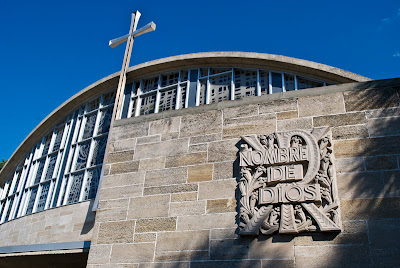 Another mid-century beauty, the Prince of Peace Church is part of the Nombre de Dios shrine where Menendez performed the first mass in North America.
Posted by Rick Kilby at 7:48 AM