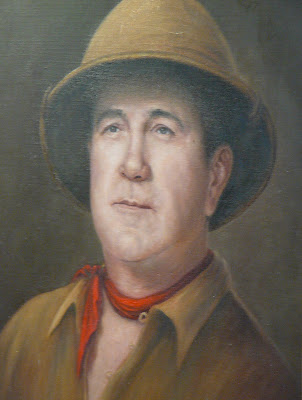 My first visit to the wonderful world of Waldo Sexton was on my second wedding anniversary three years ago. The occasion for my latest visit, was anniversary number five for Mrs. Ephemera and I, and more importantly anniversary number fifty for my parents. And this time we actually stayed in Sexton's Driftwood Inn, a real treat.
Waldo Sexton discovered Vero Beach in 1913, after moving from Indiana. According to "A Brief History of the Driftwood Inn", Sexton's early focus was the oceanfront structure he built for his family that later became the Driftwood Inn. "He built with whatever lumber was available: scraps from a demolished barn, discarded planks along the roadside, ocean-washed timbers that appeared worthless to anyone else", and he embellished both the exterior and interior of structure with "art, artifacts, antiques and just plain junk he collected." 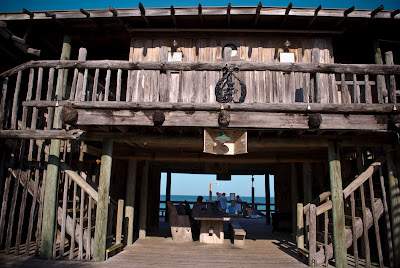 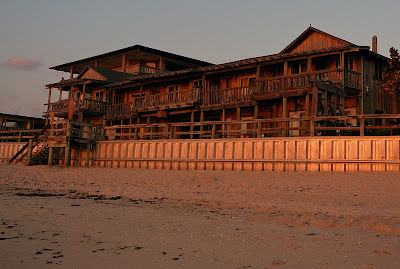 The front and back of the original portion of the Driftwood,
circa 1934, also known as the "Breezeway"- listed on the
National Register of Historic Places in 1994 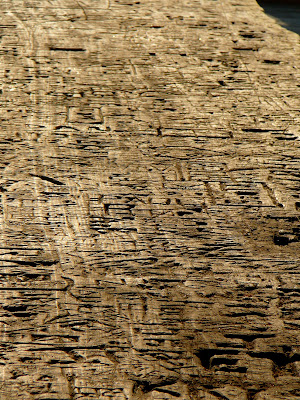 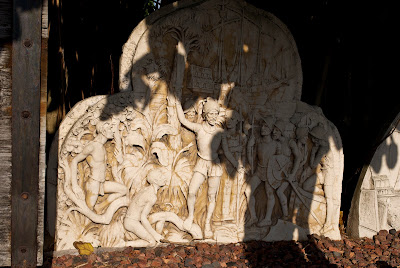 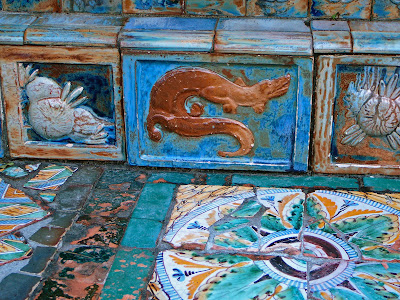 Details from around the Driftwood 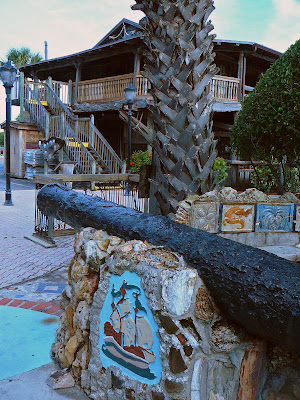 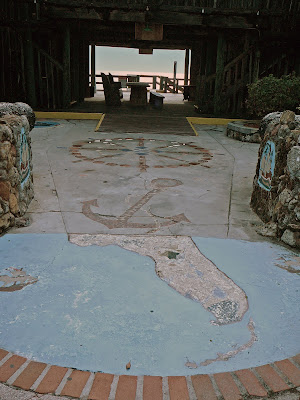 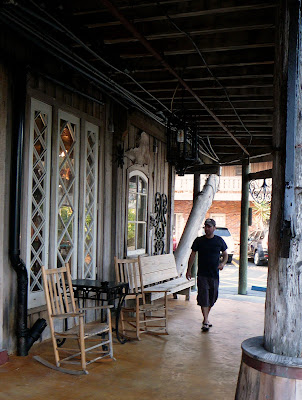 The front of the poolside restaurant at the Driftwood named "Waldos"
Staying a the Driftwood was like immersing yourself in Waldo's world. Even in the newer sections, the attention to detail is far more greater than you'd find in your average beach side hotel, an homage to its founder's eccentricities.

One reason staying at the Driftwood is so great, is that it is a short walk to another of Sexton's creations, The Ocean Grill, circa 1941. "Tiffany lamps, retrospective paintings, complicated ironwork and nautical artifacts decorate the main dining room," according to a 2002 article from Island Life magazine. With great views of the ocean, an interesting menu and fantastic decor, the Ocean Grill made for a memorable anniversary dinner for my folks. Thank you Waldo. 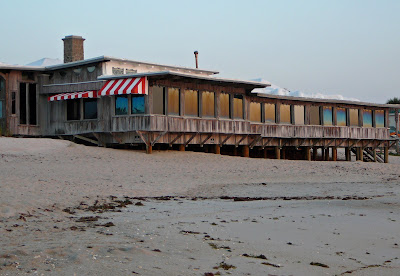 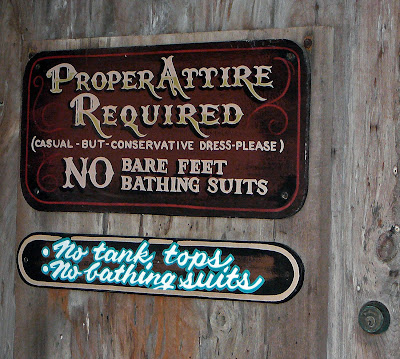 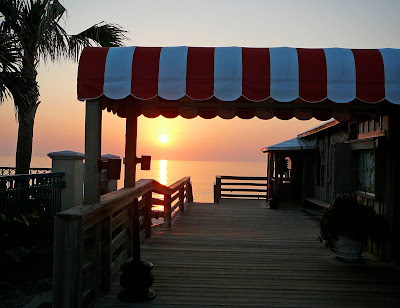 The reason for our original visit a couple years ago was to visit the former roadside attraction, McKee Botanical Gardens. While I must admit, I wish the property was still full of tropical birds and monkeys, it is a gorgeous spot and Sexton's Hall of Giants is still an inspiring space. 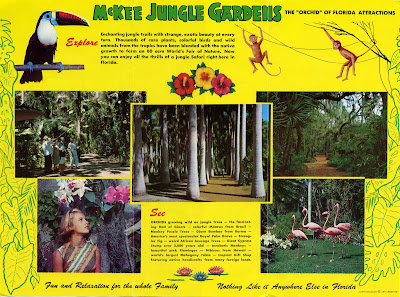 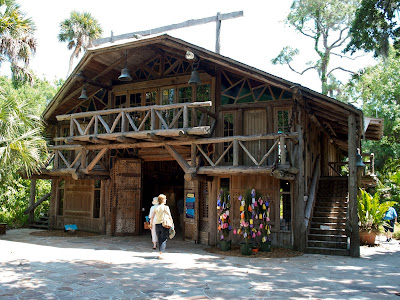 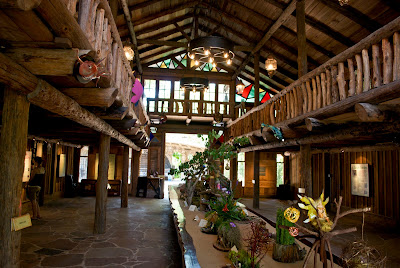 The Hall of Giants today 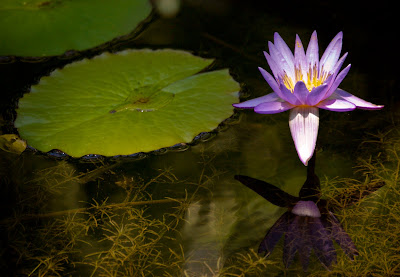 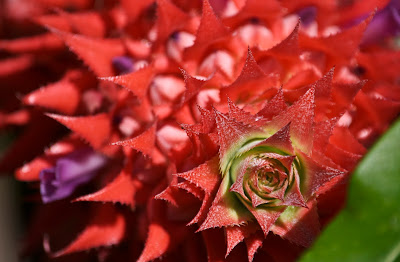 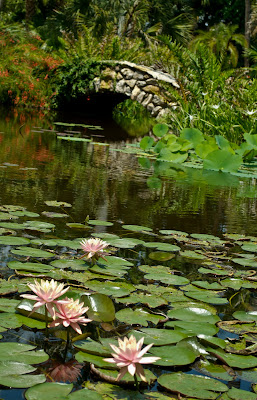 Volunteer gardeners brought the grounds back from a
nearly jungle-like state after years of neglect.
Our "Where's Waldo" tour continued up US 1 with what used to be the Patio Restaurant and now appears to be serve Mexican food. The ironwork, tiles and odd ephemera placed around the building made a "Sextonian" ID pretty easy. The restaurant was closed so I couldn't see the interior but a quick walk around the building showed that Waldo didn't skimp on stuff for the exterior. 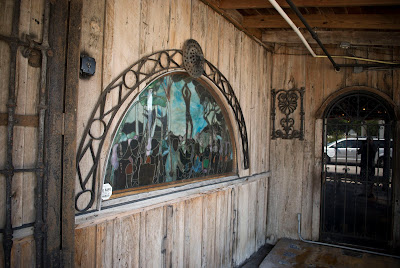 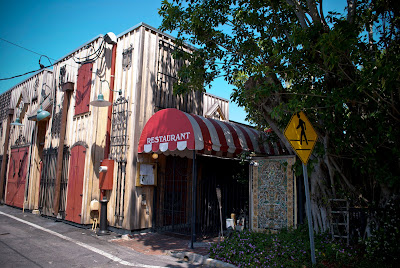 As we headed home down 60 towards Yeehaw Junction, Mrs. Ephemera spotted an odd chimney behind another building when we stopped a red light. We did a U-turn and came back to investigate, and sure enough it was the Szechuan Palace, another Waldo Sexton design. 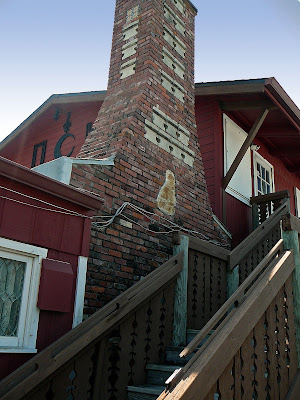 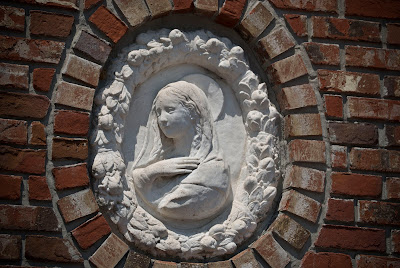 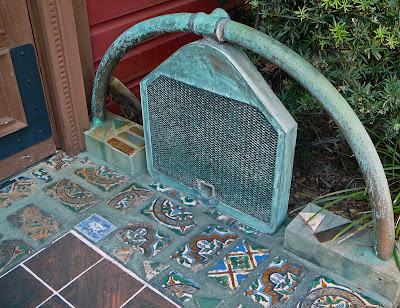 What appears to be an old car radiator built into a railing
While many beach towns in Florida have been over-developed, homogenized and overrun with franchises, Vero Beach still celebrates one of our state's more eccentric builders. For me it is reassuring that we still have places like this, where creativity and non-conformity is prized and preserved.