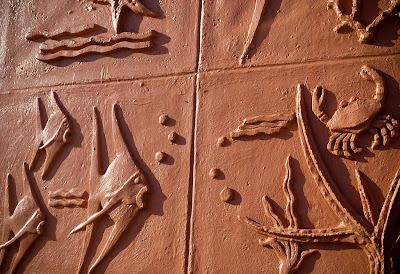 I don't have much experience exploring Ft. Lauderdale, aside from several trips to the Mai Kai and one afternoon on Los Olas, the ritzy shopping boulevard. So my trip Hukilau allowed for just a little more exploring of the area, although I must say in my brief stay it was tough to get a feel for the place. Staying in a large hotel on the beach, I ventured out once on foot and by car a second time as we went to breakfast at a local diner. What I found on my quick walk, I'll call LaMo, for Lauderdale Modern, an homage to the acronym MiMo used to describe Miami Modern architecture.

A short horseshoe-shaped road starting at the Bahia Cabana Motel and ending at the Yankee Clipper, yielded some great mid-century commercial buildings; all of them appeared to be either apartments, condos or motels. I'm not sure how many will survive once the economy recovers and waterfront property values soar again, but the discoveries I made make me want to come back to Ft. Lauderdale and dig a little deeper. 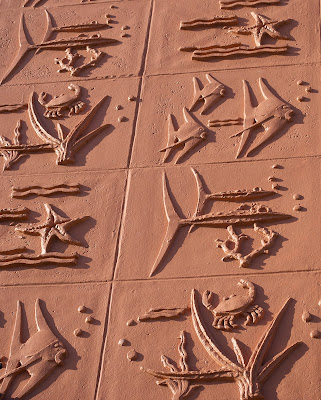 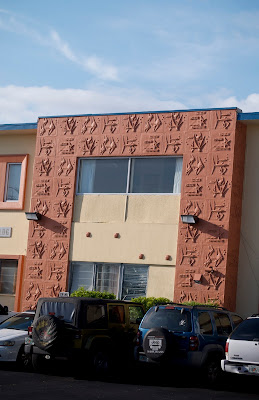 These wonderful relief panels are part of the Bahia Cabana Motel. To see the same design in color, click here. 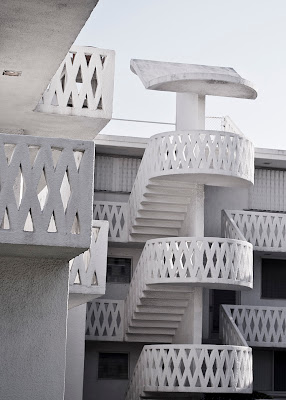 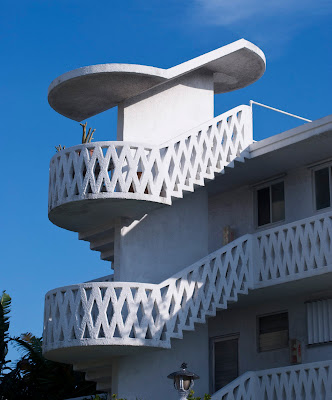 I loved the architectural details on this building 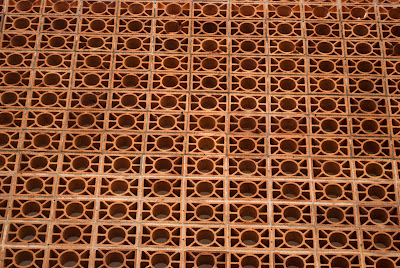 I'm afraid the future of the complex behind these decorative bricks is not bright
as the entire property was deserted behind a chain link fence. 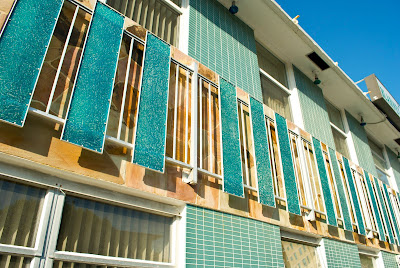 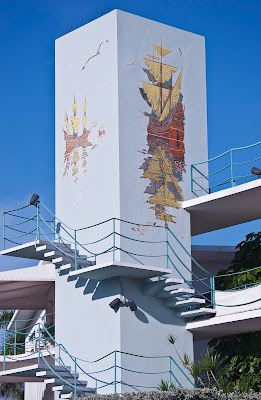 The decoration on this monolithic column is a wonderful mosaic - I love the hanging stairwells too! 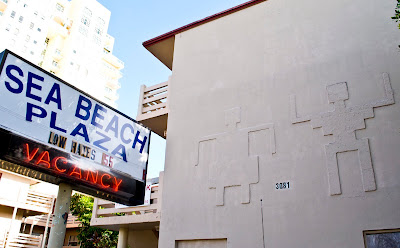 I'm curious about what might be under the paint at the Sea Beach Plaza –
might these two figures be made of mosaic tile as well? 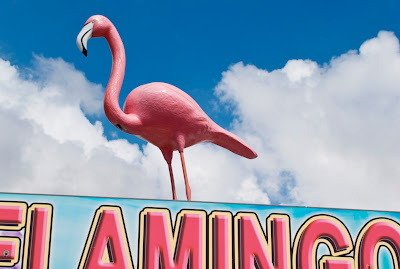 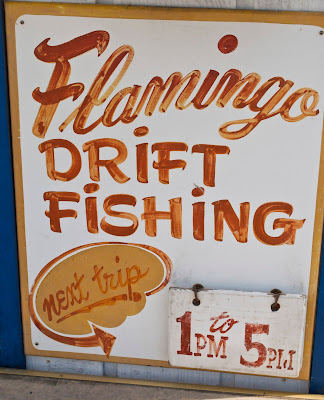 This festive kiosk was in the parking lot of our hotel -
while it is not vintage, it was full of character! 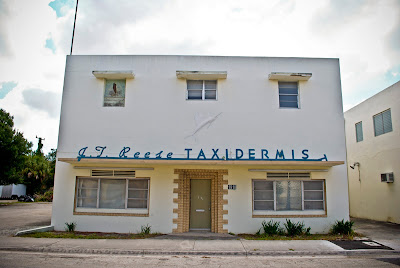 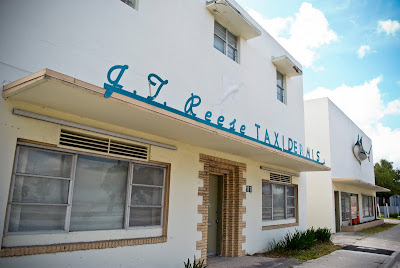 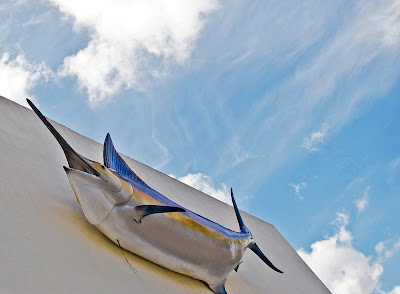 While certainly not "LaMo", this taxidermy shop I stumbled across had plenty of vintage charm. 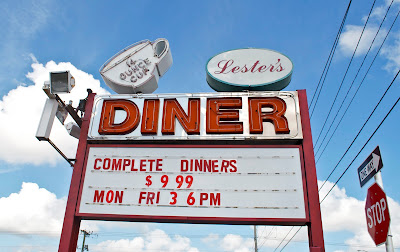