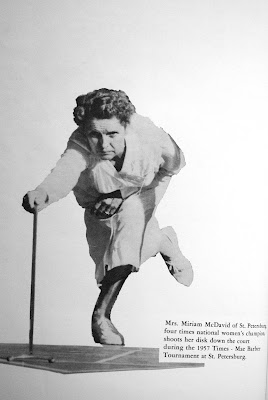 No one is sure exactly when shuffleboard was invented, but it clear it was played for centuries in Europe before coming across the Atlantic on ocean liners. The game was first played on U.S. soil right here in Florida at the Lyndhurst Hotel in Daytona Beach in 1913. I know that because I saw a display at Clearwater's International Shuffleboard Hall of Fame adjacent to the Clearwater Shuffleboard Club.
The Hall of Fame is in two rooms located next to the clubhouse and I was fortunate to have a club member let me in on my Saturday morning visit. The first room seems to be dedicated to housing memorabilia and photographs of shuffleboard worldwide; the second room seems to focus on shuffleboard domestically. It was that second room that I found most fascinating because it was full of vintage tangs and biscuits, old trophies, and printed ephemera related to the game. Without any guidance, as this room is really more of a collection that an exhibit, I really enjoyed the aesthetics of the equipment and the graphics of the printed materials on display. While not for everyone, a shuffleboard junkie like myself found it fascinating and inspiring – an intriguing visual record of 99 years of shuffling. I look forward to seeing how the 100th anniversary of the game on land is celebrated next year. 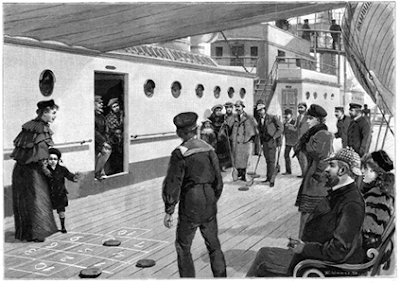 This is how the game probably came to America 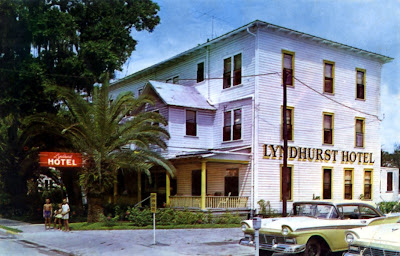 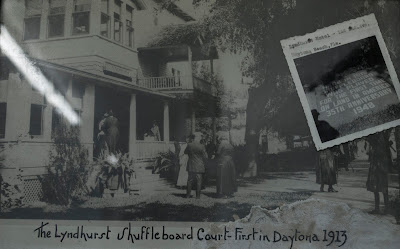 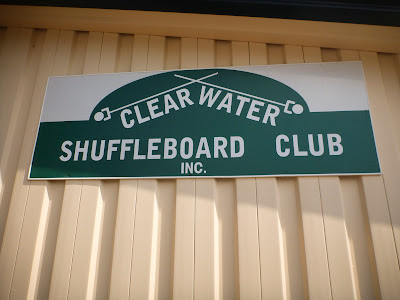 Home of the International Shuffleboard Hall of Fame 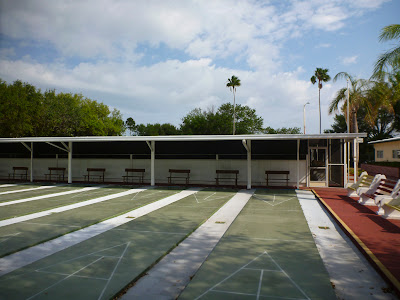 Clearwater Shuffleboard members can shuffle in this nice screened-in space 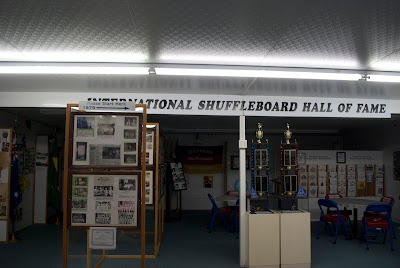 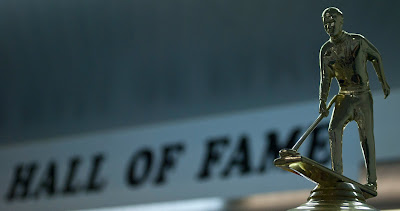 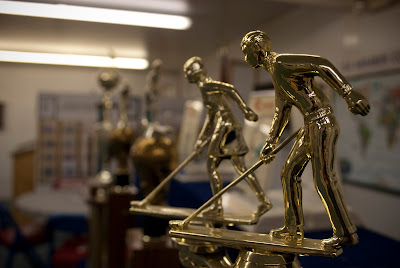 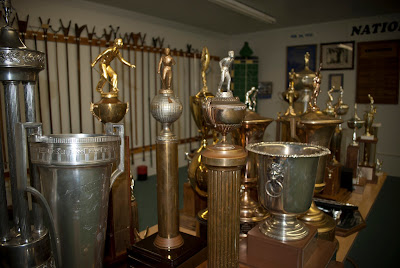 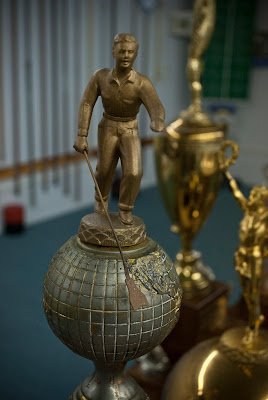 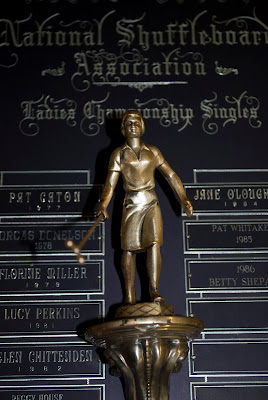 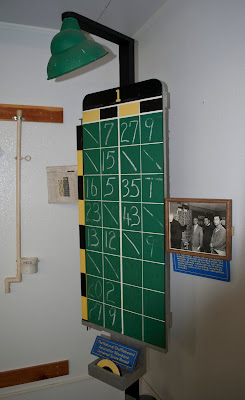 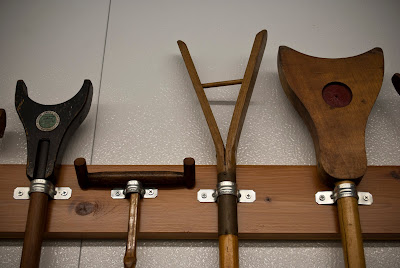 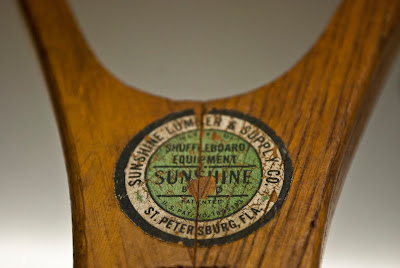 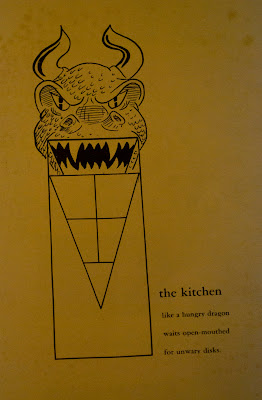 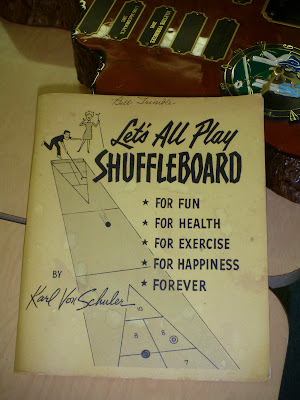