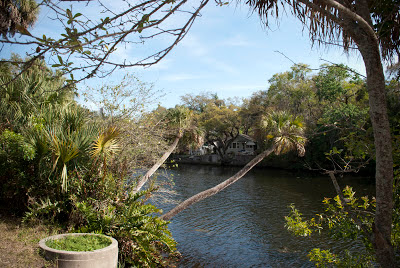 Last weekend I created some space in my schedule for a little urban exploration in Tampa.  After a quick survey of architecture in downtown, I headed under I-275 to Ulele Springs. According to this news story, Ulele Spring, formerly known as Magbee Spring was "Tampa's first source of drinking water." Just off a brick street, between a neglected park and a utilities building, Ulele Spring gurgles out of a pipe into a short run before disappearing again. I assume the water from the spring ultimately reaches the Hillsborough River. The setting is surprisingly peaceful despite it's urban location and there is evidence that at one time the spring and the park were better groomed and landscaped. I found an article online about plans to restore the water works building into a cafe, but that apparently has not happened yet. Another article from late 2011 noted that there were plans to restore the spring as well. I hope the city proceeds with its plans, this place has great potential to be a little oasis in the shadow of the interstate.

Next I proceeded north to Purity Springs which I only knew of because of a post in the Tampania Blog. I was familiar with the Burgert Brothers photograph of Purity Springs water trucks from research for my book. It was exciting to find this little spring. The short spring run leads right to the road before passing under the road and entering the Hillsborough River. When I was there a flock of Ibis filled the run and a few ducks noisily quacked while I snapped photos of this amazingly serene setting. Just past the spring pool, beyond the edges of the park, several hi-rise condos peered over the trees. I could hear music and voices from a celebration near the condos that was in direct contrast the beauty of the quaint scene I was beholding. The shallow pool showed no sign of a spring boil and my guess is that water entered the run from a pipe on the side. I am glad the city has preserved this little gem and hope others will stop and appreciate its beauty. 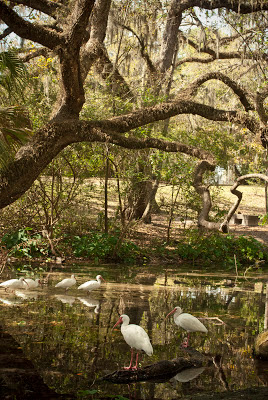 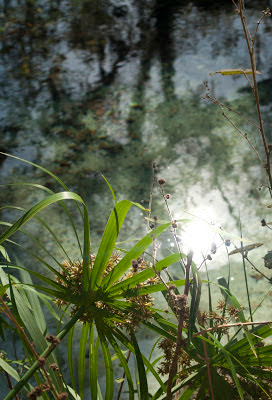 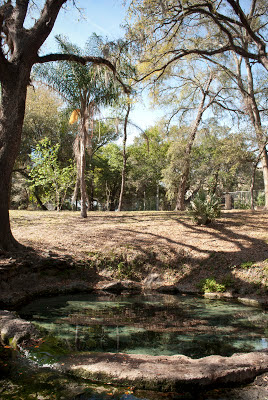 In direct contrast to this idyllic scene was nearby Sulphur Springs. I was quite familiar with the imagery of the springs' earlier incarnation as a resort and spa. In addition to Burgert Bros images, there are many postcards showing 1920s patrons strolling along its banks, taking the waters, and climbing the tower of the enormous high dive. I stopped first at the wonderful Gothic Revival water tower. It sits in another cute little park on the banks of the Hillsborough River. According to the excellent Tampapix website, the Sulphur Springs Resort was developed by Josiah Richardson, who, in addition to the tower, built a hotel and a commercial arcade. The tower had fallen into disrepair before being purchased by the city in 2005 and subsequently restored. The park was pretty quiet on this unseasonably hot February day with only a nearby elderly couple enjoying the views of the river through a lovely frame of palm trees and live oaks. 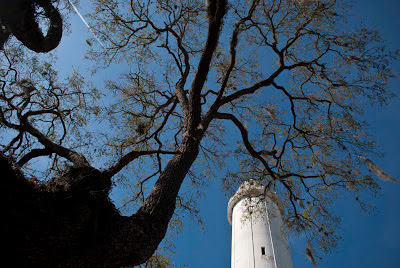 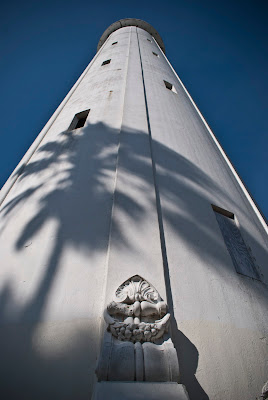 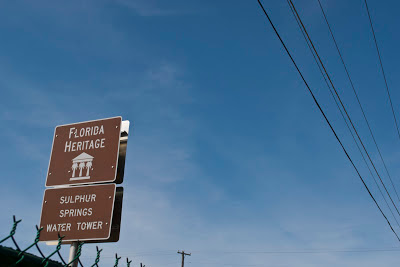 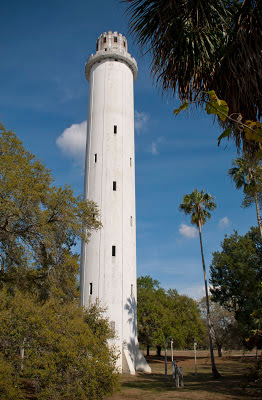 Next was short drive down to the spring head itself, now corralled and surrounded by a fence. The spring closed to swimming in 1986 due to "high fecal coliform bacterial counts" according to this 2007 article. Next to the spring, which smelled pretty bad, is a swimming pool that was being used by a few snowbirds. The city pipes water from the springs and the building next to the spring head has enormous pipes running out of it with murals of scenes of native wildlife on the walls.

I had mixed emotions seeing this historic site for the first time. The grand gazebo is being restored and the views of the river from the park are lovely. But as I struggled to find a working water fountain to quench my thirst in this spot where zillions of gallons bubbled up from the aquifer, it seemed something wasn't right. After finally finding a working faucet, I passed a father fishing with his kids on a bridge over the spring run. I asked if they were having any luck and they said no. As I got to my car and continued to explore the area, the first thing I heard on the radio was that Tampa had a boil water alert for the next 48 hours. I wondered if the drink I just took was tainted (it wasn't).

In some ways Sulphur Springs is a microcosm of what tends to happen in Florida. We find a beautiful natural resource. Someone sees it as an opportunity and develops the land to entice more people to come and enjoy this resource. In doing so the resource gets ruined. Only afterwards we recognize what was there and put up interpretive markers to pay homage to what we destroyed. In this case a manmade swimming pool sits next to the old, polluted swimming hole. It is a scenario I have seen played out all over the state. My question is, will we ever learn from our past mistakes? 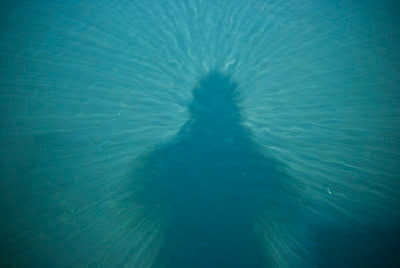