Sunny Point on the St. Johns 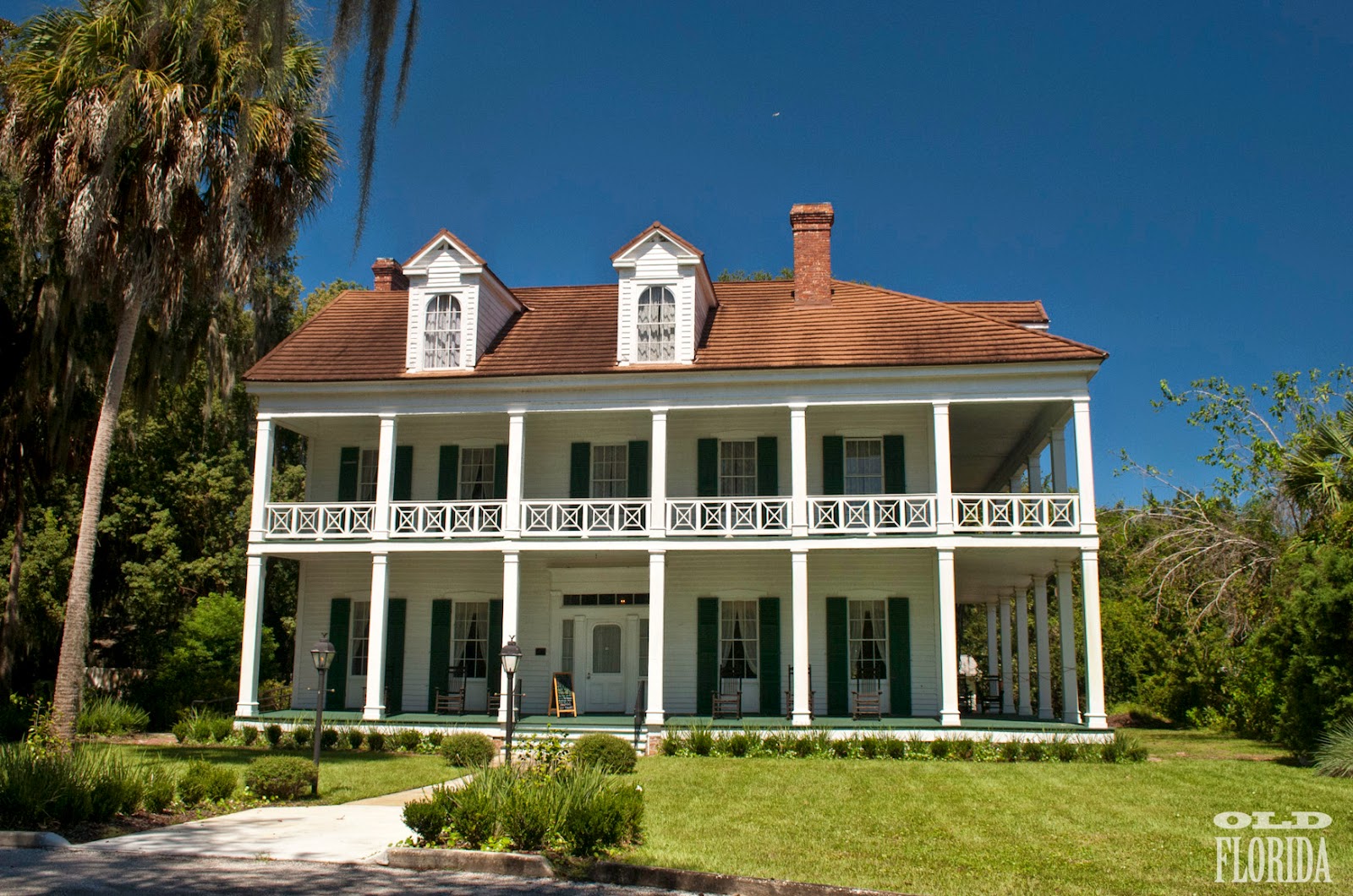 One of the statements that makes me bristle is when someone says "Florida doesn't have any history." Florida has a rich, colorful history but often you have to know it's there to find it. Case in point is Sunny Point, now known as the Bronson-Mullholand House in Palatka. From the perspective of this former Gainesville resident, Palatka was the town on the way to something else: our weekend retreat in Welaka, Crescent Beach or even St. Augustine. We would often stop and eat at Holiday House or Sonny's BBQ, but never linger. Only as an adult have I taken the time to take a longer look at this little gem on the St. Johns River and subsequently learn about its fascinating past.

One of the founders of Palatka was Judge Isaac H. Bronson. Bronson was a New York attorney and member of the U.S .Congress who was appointed to be circuit judge of East Florida. When Florida joined the Union as a state in 1845, Bronson was appointed as one of four circuit judges for the state. Bronson purchased a 1,220 acre plot of land in Palatka and later sold part off keeping the portion known as "Sunny Point" where he built his estate.

Sadly the Judge died one year after the completion of the Simplified Greek Revival Style house and his wife Sophronia returned to the North during the Civil War. Before the war, however, Sunny Point was said to be the center of social activities in Palatka. Both Confederate and Union troops used the home as a lookout during the war.

Charlotte Henry White occupied the house after the Bronsons and after the war it was used by the Freedmen's Union Commission as a school for former enslaved people. When Mrs. White's husband fell into ill health, Mrs. White hired Mary Mulholland as a live-in nurse. After years of taking care of the Whites, Ms. Mulholland became heir to Sunny Point after Mrs. White's death in 1904.

Mary Mulholland and her adopted daughter, Edelmira were owners of the mansion until after World War II when it was subdivided into apartments. By 1965 the house had fallen into a sad state and it was sold to the City of Palatka. The heroic restoration efforts by the Putnam County Historical Society allowed the the house to be opened by the public in 1977.


It was a brilliant sunny day when I pulled up to Sunny Point with the fellow members of what I have dubbed the Florida Road Trip. Our guide Phil Eschbach was very familiar with the home and Judge Bronson's place in Florida history. The docent was enthusiastic and knowledgeable and did an excellent job of giving us just the right amount of information in each room. The house is modest in comparison to over-the-top mansions like Stetson House or Henry Flagler's White Hall. But few homes in Florida are this old, with this much history. This is a place where soldiers of both sides in the Civil War once resided. A place constructed from virgin stands of ancient cypress floated up the St. John's River. When it was built, Florida had only been a state for nine years.

If you want history, go to Palatka, they serve it there sunny side up!
Posted by Rick Kilby at 7:02 AM