The Fate of Ft. Myers

I’d visited this Southwest Florida town twice before, once when I was a kid on family vacation and later to visit a friend's uncle. I enjoyed both previous visits, but never really explored Ft. Myers itself. So I picked a place to stay that would give me the best opportunity to do some serious exploring.

Rock Lake Resort was built by James Moore in 1946-47. I was attracted to stay on this property because each room faces a unique circular lake. Mr. Moore quarried the rocks on the site, creating the round water feature and made the cabins out of the rocks. One thing about Florida, there aren’t many rocks here, and to find entire buildings made of native stones is quite a score. 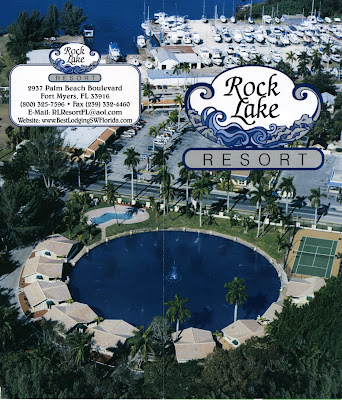 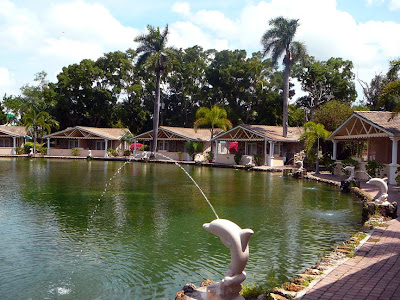 In front of each cabin is a cement dolphin with a water spouting from the marine mammal’s blowhole. We counted 22 circling the lake. Delightfully kitschy, Rock Lake Resort backs up to a wilderness area and Billy’s Creek, named after Seminole War leader Billy Bowlegs who fought earlier settlers down in this area before being shipped of to Oklahoma with other members of his tribe. 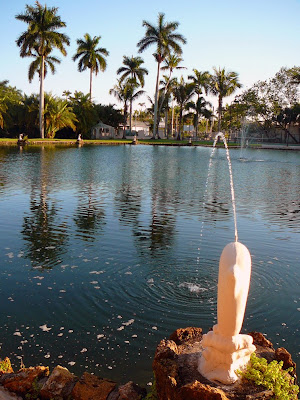 Rock Lake Resort is just a half mile from Ft. Myers' downtown and from what I remembered from my last visit, the downtown appears to have had a renaissance. There are some real architectural gems, some preserved, some in need of restoration. We saw many new restaurants and bars, and some that appear to have been pretty prosperous before the current wave of economic disfunction hit. The biggest symbol of the current fiscal crisis was right across the street from the Rock Lake Resort. 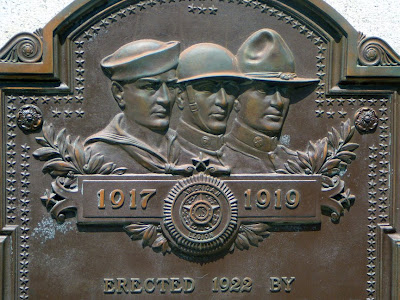 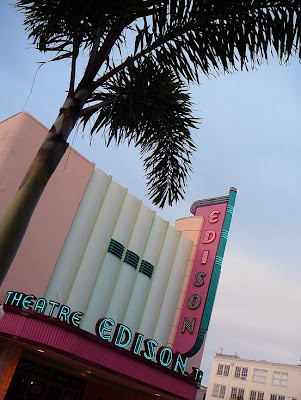 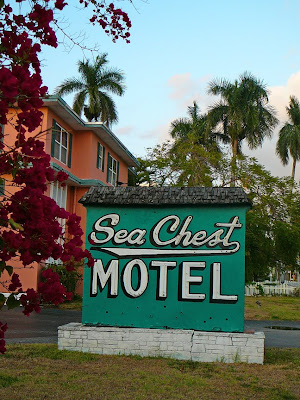 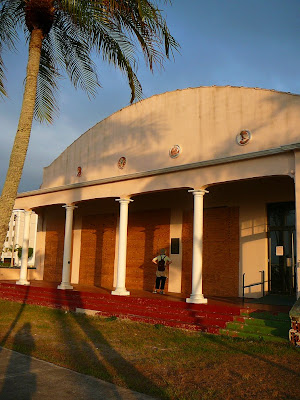 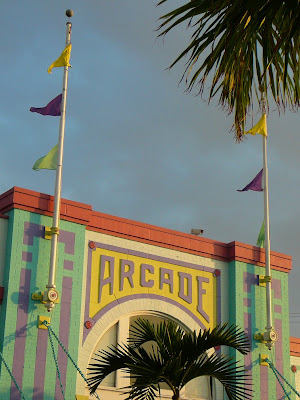 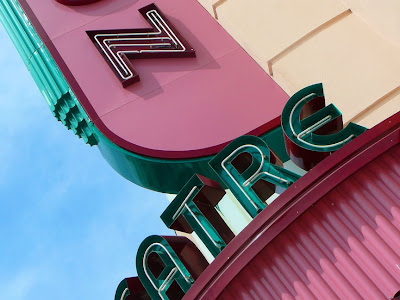 The Oasis is a brand-new 2 tower condo on the Caloosahatchee River. It dominates the little rock lake; each tower appears to by at least 30 stories tall. Yet we counted furniture on only about 5 balconies. And there were several other empty condo complexes up and down the main road paralleling the river. Some appeared to be brand new, others were mid-century motels that went condo and did not make it. 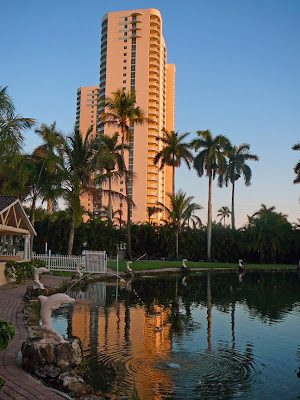 Another memorable feature of Ft. Myers are rows of towering Royal Palms flanking each side of the main drag, McGregor. The first half mile was planted by the Edisons (more on Edison in a later blog). Today, there is 14 miles of palm-lined road and Ft. Myers is known as the City of Palms. The Royal Palm, Florida's official state tree, is tall and magnificent and it is a pity they don’t have them further north up the peninsula! They also seem to have about every other kind of palm here, as well as the always interesting Banyon tree from India. 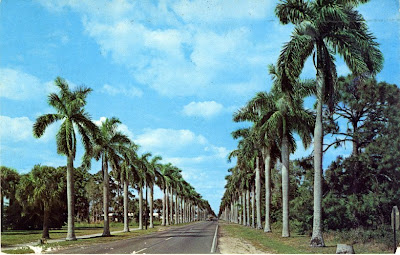 Nature, history and architecture, three of my favorite things, come together in downtown Ft. Myers. I really enjoyed my time in Ft. Myers and despite the current condo situation, I hope it can continue to build on its sturdy, rock-like foundation.
Posted by Rick Kilby at 7:05 AM