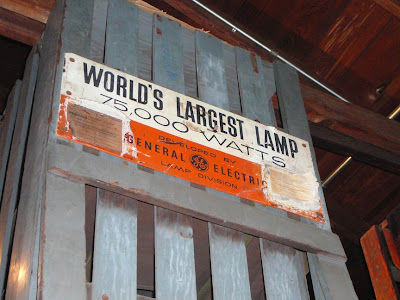 We were leaving Edison's Lab in Ft. Myers when I saw this crate on top of a closet with the words "World's Largest Lamp." I am immediately drawn with anything that says "World's Largest" because my friend is the definitive authority on WLTs and I am always looking to put Florida on the map by finding something really, really big here. 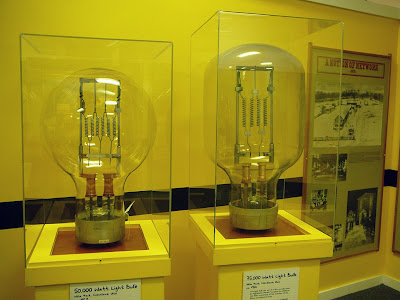 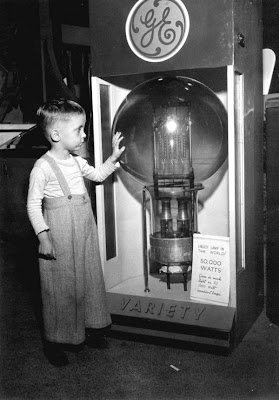 I also found this shot in the state archives of little Tommy Dodgen, age 4 at the 1947 Florida State Fair in Tampa. So clearly the 50,000 watt bulb was the world record holder at one point.

My friend, the founder of World's Largest Things, Inc., found this old article about the bulb created for the top of the Edison Monument in Menlo Park, NJ. And Roadside America lists the same as the World's Largest Bulb.

To me, however, this clearly appears to be made up of many smaller bulbs, and is not one giant single bulb like the 75,000 watt lamp in Ft. Myers. 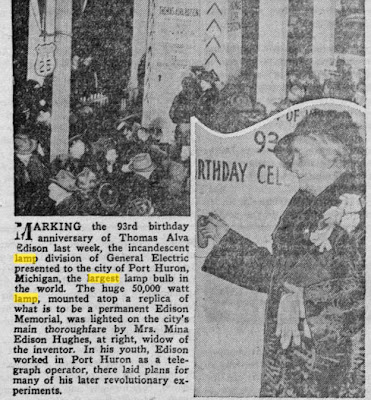 Might the world record holder be in Florida after all?
Posted by Rick Kilby at 6:40 AM