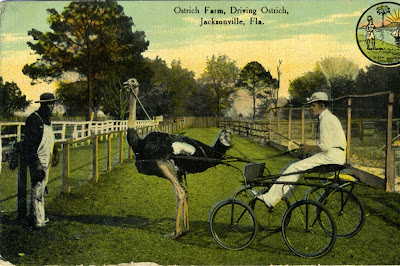 Ostriches have been on my mind lately. On Saturday, my mother sent me this wonderful vintage postcard in the mail. Then on Sunday I heard a story on the news about the Florida legislature trying to muster enough courage to eliminate some of the silly tax exemptions that exist in our state, like the one on Ostrich feed. I doubt this will generate much revenue even if it is revoked, because their aren't many ostriches in Florida. But there used to be... 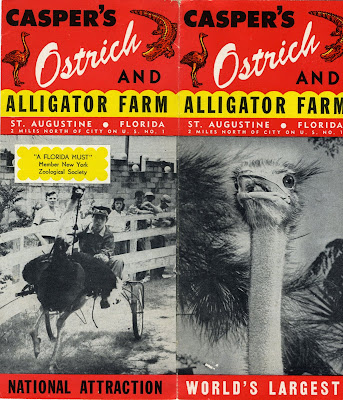 Casper's Ostrich and Alligator Farm was a Florida roadside attraction from 1946 to 1982 just north of St. Augustine on US 1. According to Roadside Paradise by Ken Breslauer, William Casper opened the business in 1934 as a commercial alligator farm. It became an attraction eight years later when Casper allowed the public to see his "over 8,000 alligators... flamingos, Macaws, ostrich harness racing and the South's largest air conditioned gift shop." 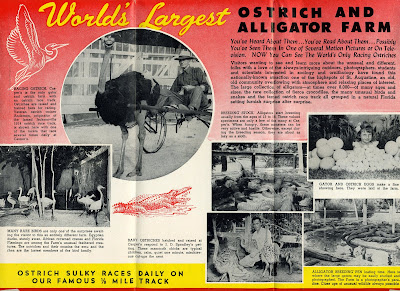 They promoted the attraction with large 12X18 brochure highlighting the ostriches. The copy reads: "You've Hears About Them... You've Read About Them... Possibly You've Seen Them In One of Several Motion Pictures Or On Television. NOW You Can See The World's Only Racing Ostriches." The brochure also references a "famed Jacksonville 1914 ostrich race track" which must be the one on the postcard. The large 3-color advertising piece also contains black and white images of alligators, alive and skinned, Galapagos Tortoises, emu, ostrich eggs, peacock and other exotic birds. 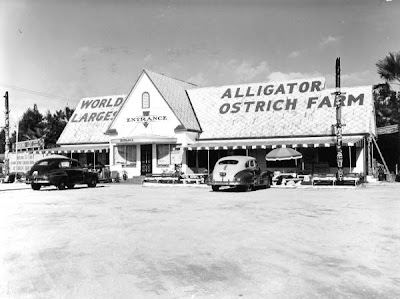 Image from State Archives of Florida
As with most of Florida's original attractions, business took a nose dive when when Americans started taking the interstate highway system instead of the old highways like US 1. So today vintage ephemera is all we have to remember this place where visitors could watch giant birds pull jockeys around a race track. To purchase a great T-shirt with the Casper's logo on the front, visit the Vintage Roadside site. 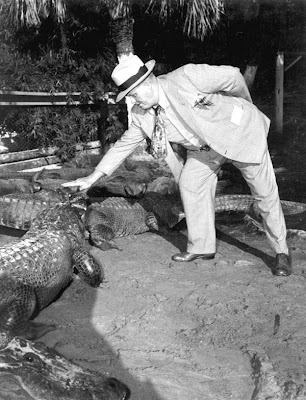 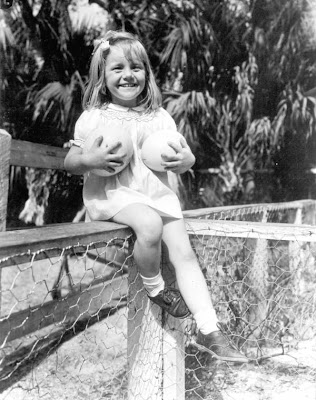 Image from State Archives of Florida
Posted by Rick Kilby at 8:15 PM