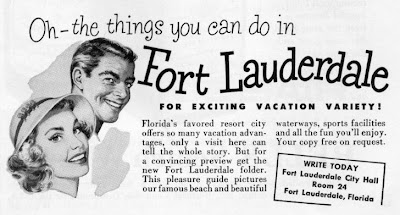 I have a couple issues of the over-sized Holiday magazine, one from 1946 the other from 1954, which have great black and white ads promoting Florida cities. Florida was a self-promotion machine in the mid-twentieth century, drawing tourists and future residents in droves from northern states. John Rothchild speaks of Florida's self promotion in Up for Grabs as the real economic engine driving the state:
"Flora, fauna, literature, and architecture were all part of Florida's continuous advertisement for itself, the advertisement and the product being one. Florida had its orange groves and phosphate pits, cattle ranches and truck farms, manufacturing and light industry, but it's biggest businesses were tourism and land sales, especially around the coasts of the southern two-thirds."

"In Sunday newspaper supplements, on the radio, and through crude black and white televised images, the selling of Florida became big business" says author Gary R. Mormino in Land of Sunshine, State of Dreams. He reports that the state's efforts paid off according to a 1950 Gallup poll when Americans asked if they could take a vacation any where in the world, they picked Hawaii, California and then Florida, ahead of Europe. 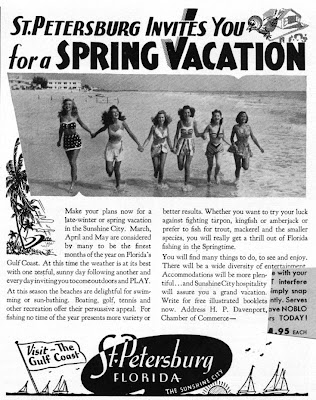 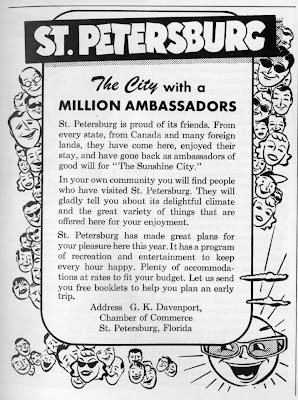