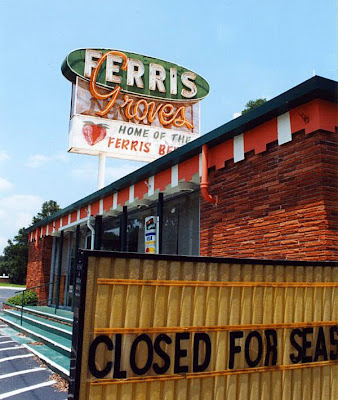 Spurning the interstate for the blue roads one day years ago, I swung through Citrus County on the way back to Central Florida and discovered the roadside shop for Ferris Groves in Floral City, Florida. The shady little town of 5,000 people was at one time "larger than Miami" according to the wikipedia entry, due to the phosphate industry. That industry went bust right before WWI, resulting in the creation of the charming slice of old Florida that is left today near the Withlacoochee River.

Ferris Groves gets its name from L.G. "Doc" Ferris, whose great uncle designed the Ferris Wheel. According to a 1979 article in the Ocala Star banner, Ferris built the packing house in Floral City in 1941 and the roadside store in 1952. The groves, originally planted in 1930, at one time covered 350 acres.

So if you find yourself on US 41 south of Inverness, stop by and see "The Finest Name in Citrus." 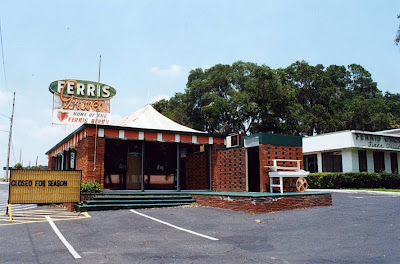 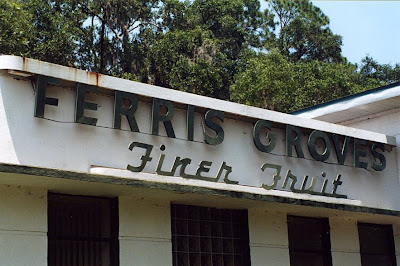 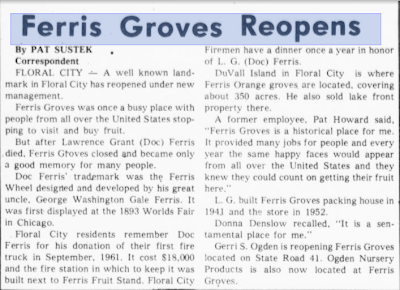 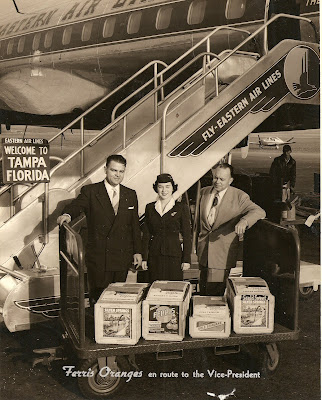 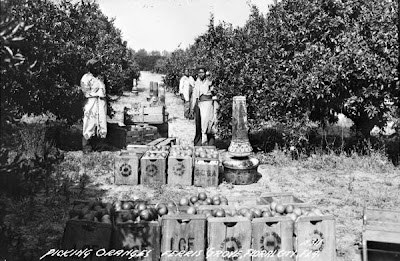 Workers in Ferris Groves from the State Archives of Florida 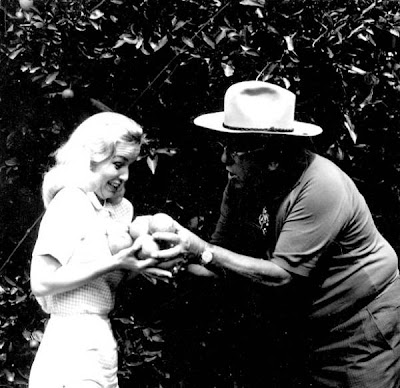 Doc Ferris and Donna Conrad from the State Archives of Florida
Posted by Rick Kilby at 7:02 AM