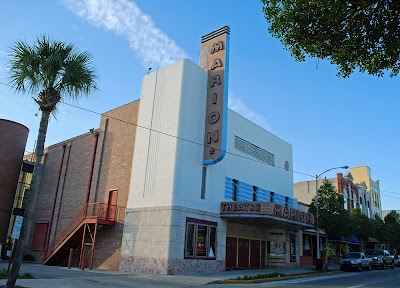 Ocala has a cute little downtown square surrounded by historic architecture and nearby is the Streamline Moderne Marion Theatre. Opening on September 11, 1941, the theater closed in the mid ’70s and sat vacant for 13 years. The art deco lines and neon are original, and after a brief stint as a children's science museum, the theater's interior was restored. It looked empty when I was there, but I believe it is used by a civic theater company and for improv comedy shows. 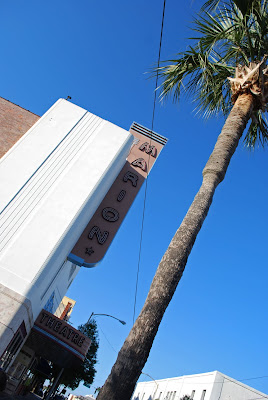 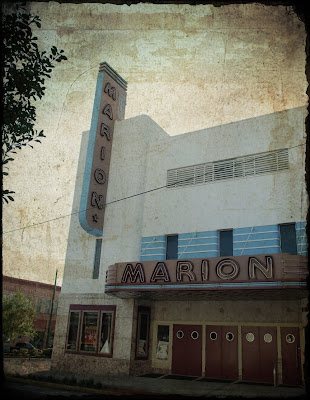 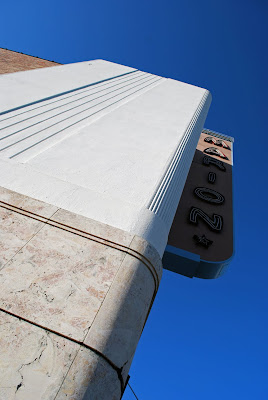 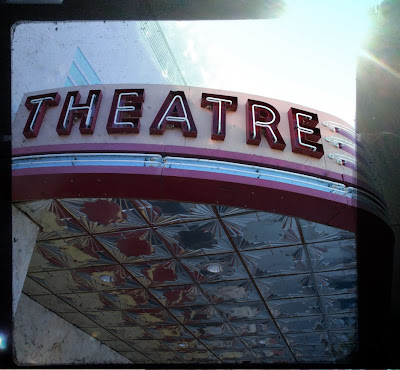 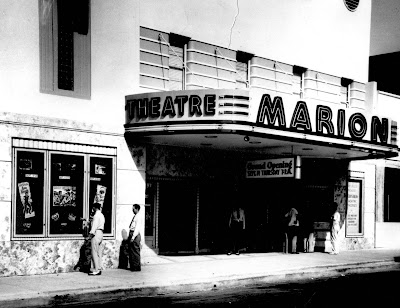 Circa 1941, State Archives of Florida 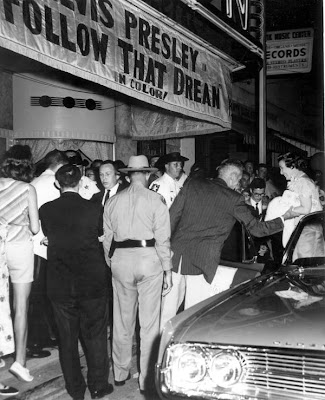 A search in the state archives led me to this image from 1962 showing the wife of then Florida Governor Farris Bryant arriving for the world premiere of "Follow That Dream" starring none other than Elvis Presley. I was not familiar with Governor Bryant and soon learned that the Marion County native was elected governor in 1960 and served one term and later was part of Lyndon Johnson's administration. The most notable achievements in his term as governor were his role in securing funds for Florida's Junior Colleges and his support of the Cross Florida Barge Canal. 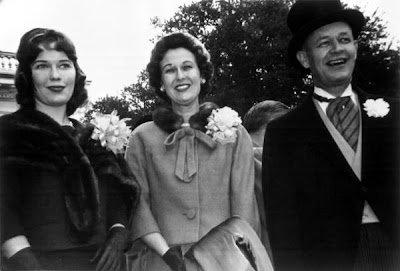 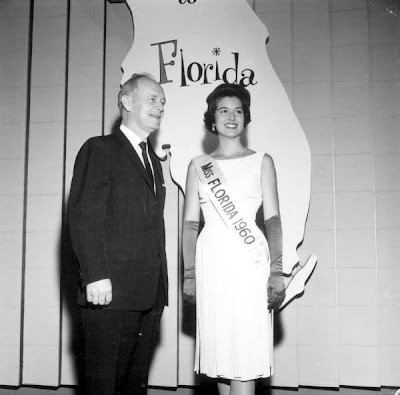 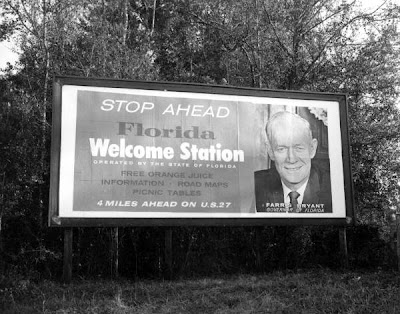 Farris Bryant, State Archives of Florida
According to the March 19, 1962 issue of the Ocala Star Banner, the World Premiere of "Follow That Dream" was scheduled for April 10 at the Marion Theatre. The filming of much of the movie took place in Ocala and further west near Yankeetown and Crystal River. Governor Bryant was invited to the opening, but I'm not sure if he was in attendance. The April 11, 1962 edition has stills from the movie which was said to be Elvis' first comedy. Elvis was not able to attend the premiere, but according to plans published in the April 4th edition, "a motorcade, escorted by the Marion Sheriff's Posse and the Ocala High School Band" was scheduled to arrive with "dignitaries in tow." 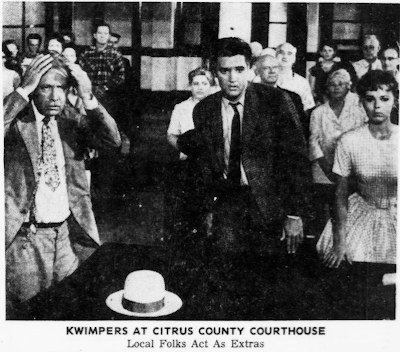 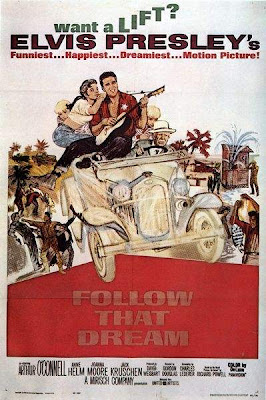 Another interesting bit of Florida history connected with "Follow That Dream" is that scenes from the movie were filmed in the Citrus County Courthouse in Inverness Florida. When the courthouse was to be restored, (it now houses a museum), the best visual record contractors could find of the courtroom's original state was the footage from the the Elvis movie. 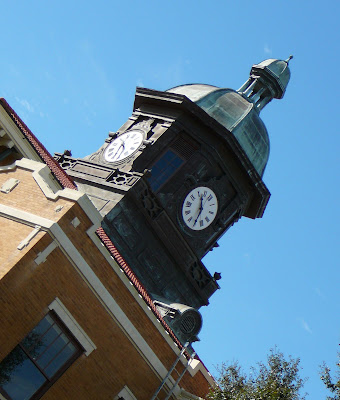