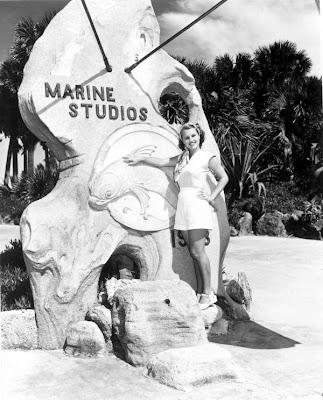 An edited version of the following appears in the Winter edition of the History Center's quarterly journal Reflections from Central Florida.
While serving as a trustee of the American Museum of Natural History in New York, Cornelius Vanderbilt Whitney and his cousin W. Douglas Burden grew frustrated with the institution’s reluctance to accept their innovations for educating their visitors. Whitney, heir to both the Vanderbilt and Whitney fortunes, and Burden, grandson of “Commodore” Cornelius Vanderbilt, believed creating an experience that resembled movie watching could bring learning to a much wider audience. The two teamed with Merian Cooper, writer, director and producer of King Kong, (and a native of Jacksonville), and Ilia Tolstoy, grandson of author Leo Tolstoy, to open Marine Studios near St. Augustine in 1938 to test their concepts. 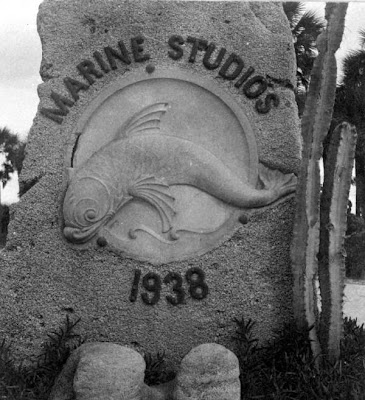 All the partners involved in the creation of the Studios had backgrounds in the motion picture industry. In addition to King Kong, Cooper worked with legendary director John Ford on several movies, received an honorary Oscar and has a star on the Hollywood Walk of Fame. Whitney worked with Ford as well, producing several films including The Searchers and was involved with Burden as a co-producer of Gone with the Wind. Tolstoy had been a motion picture cameraman. The founders also included an explorer with a documentary film background named Sherman Pratt, who was a descendant of one of the founders of Standard Oil.

“Where the Sea Comes Ashore”
Merian led them to a site south of St. Augustine that had access to both an inland waterway (Matanzas Inlet) and the Atlantic Ocean, converging within several hundred feet of each other. The challenges of developing the property were great; the one lane road from St. Augustine was made of sand, the site was prone to flooding, there was no telephone service and no fresh water, according to Whitney’s autobiography, High Peaks.

In 1937 they began construction of two steel tanks, a research lab and other complimentary buildings. Several tons of coral were shipped from Key West to provide cover for the smaller species as the tanks held “every kind of semi-tropical fish from huge sharks and rays to tiny fish” according to Whitney. The 1939 WPA Guide to Florida describes Marine Studios as a “cream-colored concrete aquarium, pitted with tempered glass portholes, and resembling a stranded Caribbean cruiser.” Burden claimed that the portholes in the tanks were arranged so that “ each observer can sit comfortably in relative darkness” as if “in a motion picture theatre, looking out into a brilliant world of the undersea.” Billed as “Where the Sea Comes Ashore”, the founders were surprised when 20,000 people showed up at the grand opening to observe undersea life through the portholes in the sides of the tanks. 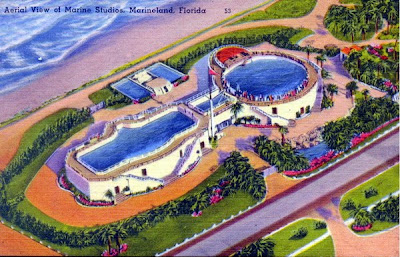 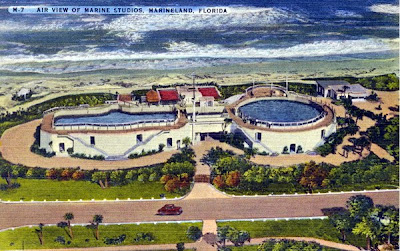 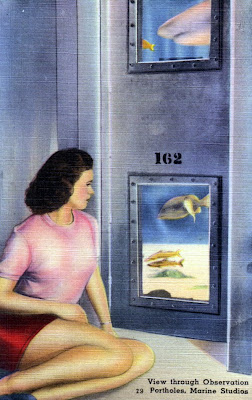 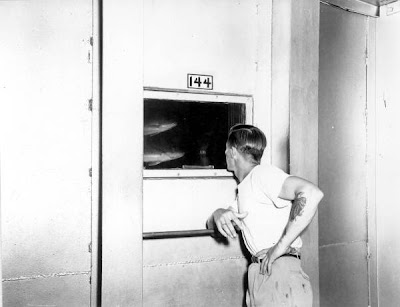 World’s first Oceanographic Research Facility
Researchers showed keen interest in studying the marine life put on display in the tanks. Whitney proclaimed that the interest was so great they had to expand plans for a laboratory and were “booked for a year after opening by visiting scientists.” Today the Whitney Laboratory for Marine Bioscience operates on three acres adjacent to Marine Studios, on land Whitney donated to the University of Florida. 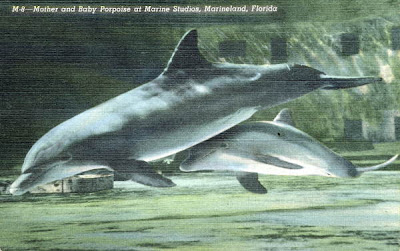 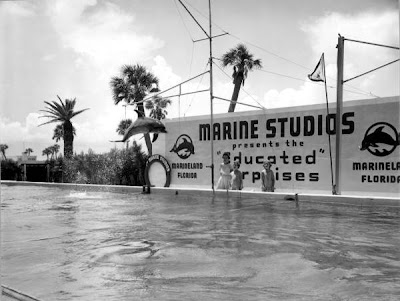 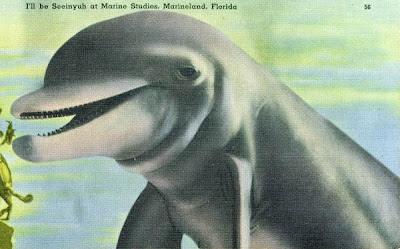 Motion Picture Production
In addition to providing dry locations for filming underwater action scenes for movies, Hollywood studios were soon interested in filming the animal that garnered the most attention at Marine Studios, the Bottlenose Dolphin. MGM created a short film called Marine Circus in 1939 that introduced Marine Studios and its undersea life to audiences in movie houses nationwide. The stars of the film were the charismatic dolphins. The founders of Marine Studios began intensively training dolphins with help from animal trainers from Ringling Brothers and Barnum & Bailey Circus in the 1950s. The studio’s most talented dolphin was a Bottlenose dubbed “Flippy” by C.V. Whitney. Flippy made his film debut in the 1955 sequel to Creature from the Black Lagoon called Revenge of the Creature. Billed as “the world’s most educated dolphin”, Flippy and his growing popularity helped transform Marine Studios into Marineland, the most popular attraction in Florida during the 1950s and 60s, attracting as many as half a million visitors a year. With Flippy as its leading representative, Marineland was responsible for shaping the publics’ perception of dolphins as intelligent, friendly characters of the sea, while providing the opportunity for scientists to study the behavior of the marine mammal. 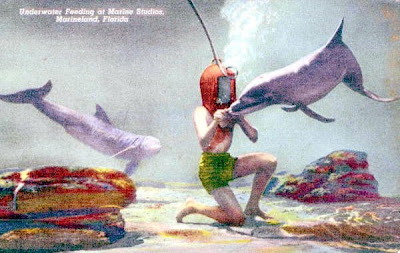 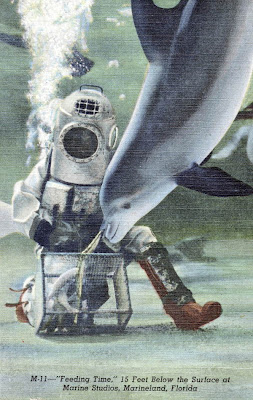 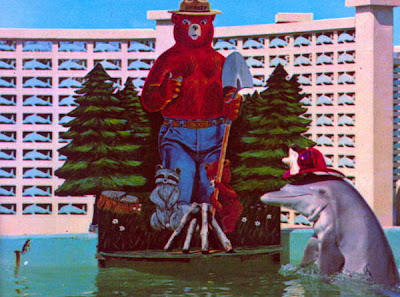 While the roadside attraction aspect of Marineland peaked in the ‘60s and then slowly declined with the opening of Disney World in the ‘70s, film and television production continued into the 1980s. Marine Studios was used for Tarzan movies in the ‘40s, the Sea Hunt television series in the ‘50s and ‘60s, and even a Benji TV movie in the ‘80s in which the canine star became the first dog to scuba dive.

Marineland Today
Eventually time caught up with the world’s first Oceanarium and the rusting attraction closed in 2003 and all the buildings west of AIA were torn down. The Trust for Public Land purchased 125 acres of the Marineland property and in turn sold 89 acres to Flagler County for the creation of a park. Today, Marineland exists as a Dolphin Conservation Center where guests can enjoy up-close and personal experiences swimming with dolphins or participating in other eco tour programs.

Images from the State Archives of Florida