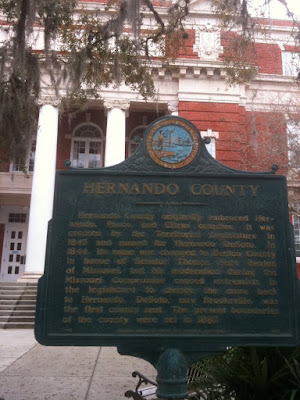 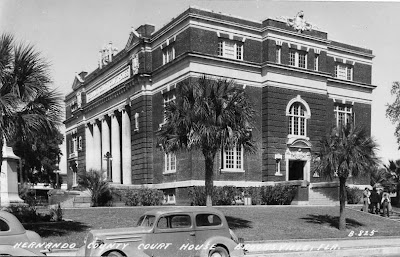 My prior experiences with Brooksville have been only skirting its borders to get to Weeki Wachee. I had a little time to check it out last weekend, so I went out of my way to visit the Hernando County seat's small downtown. I parked across the street from the great old courthouse and the historical marker in front of it explained the county was originally named after Spanish explorer Hernando De Soto, then briefly named Benton County after Thomas Hart Benton (the Missouri senator, not the artist), and then named Hernando County again after Benton's politics fell out of favor. 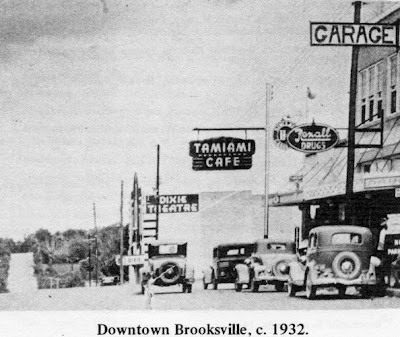 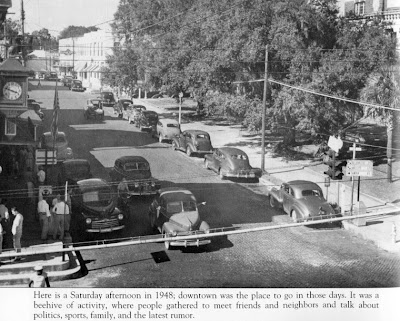 Downtown Brooksville was a much busier place in the past than the day I was there when it was practically deserted. 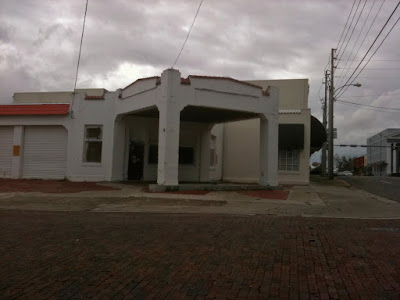 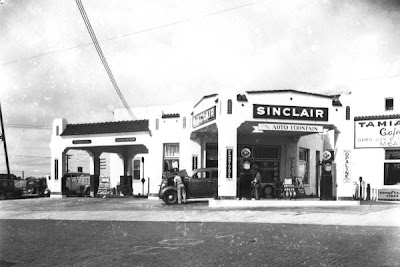 I was looking for an antiques store which I found was no longer open, but stumbled upon this old gas station (for sale) which after much discussion on the SCA facebook page was determined to be a former Sinclair station. Just up the street was an interesting old motel made mostly of rocks, something you don't see in Florida very often. (The weather was horrible and these images were captures with my phone, so forgive the poor quality.) 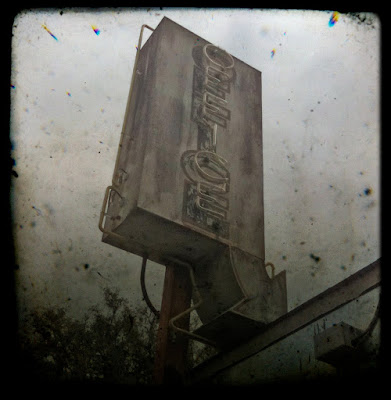 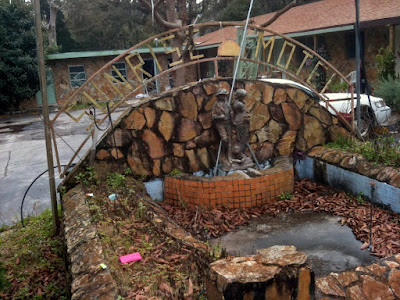 On my way out of town, I saw this wonderful deserted antebellum mansion for sale. After referring to Black Doll's Flickr site, I learned it was the Saxon-Scarborough House. She had this information posted "Frank Saxon built this Queen Anne Revival house in 1864 on 32 acres ... kitchen and servants' quarters were in the back" and wikipedia has this entry "The Frank Saxon House is a historic residence in Brooksville, Florida. It sits on the top of a hill at 200 South Saxon Avenue. 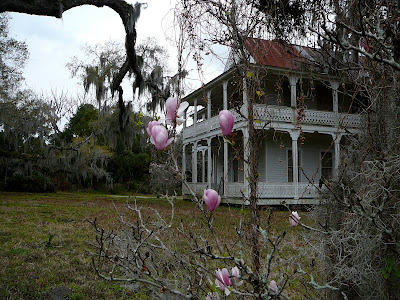 On November 5, 1998, it was added to the U.S. National Register of Historic Places. The Frank Saxon House is one of the earliest examples of Frame Vernacular architecture with Queen Anne Revival influence in Hernando County. The home was built by Frank Saxon in 1864 for his bride Tululu Hope, daughter of William Hope, one of the earliest settlers in the county. Mr. Saxon was a Civil War hero who was a member of the Hernando Wild Cats, a unit of the 3rd Regiment of the Confederate Army. After the war, Frank Saxon served as a member of the Florida Legislature representing Hernando County. The house is in an extreme state of disrepair with windows, doors, and parts of the roof missing." 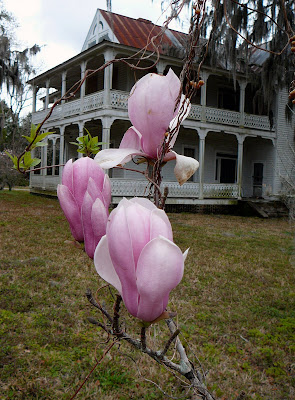 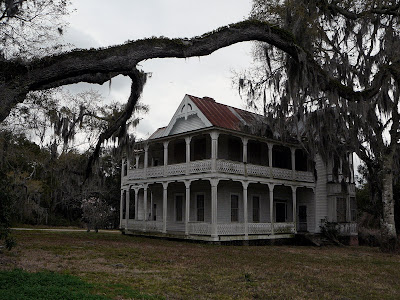 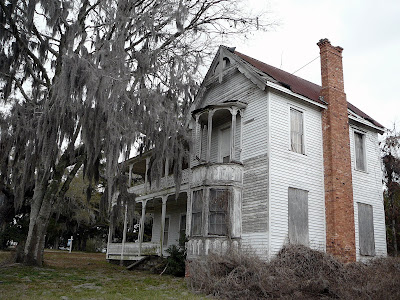 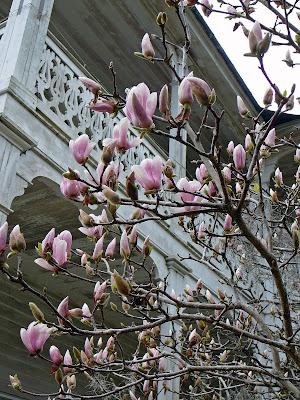 According to a Hernando County History website the house later became the residence of the prominent Varn Family and later years the home was "modified and served as a boarding house for some time."

The crumbling house, on the National Historic Register because of its significant architecture, is in dire need of restoration. It like, Brooksville's small downtown, tells a story of a different Florida, a story which ought to be preserved. But from what I saw on my brief excursion, it is precariously close to slipping away.

Archival images from Hernando County History website
Posted by Rick Kilby at 8:54 AM