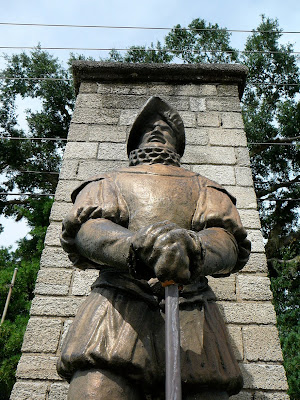 If Ponce de Leon were alive today, he would be a celebrated celebrity endorser and most of his wealth would have been accumulated for allowing his likeness to be used to sell the mystery and romance of the state of Florida. In the 20th century his image and that of other Spanish Conquistadors were used throughout the state, but no place has more Ponce-age than St. Augustine. I'm a little bit obsessed with documenting the usage of his image, as if I could collect his royalties, and was excited to find some wonderful Ponce statues on US 1 in the nation's oldest city. I normally head straight for the town's lovely historic center, but a search for a restaurant led me out of my comfort zone, straight to the Ponce-apalooza. Someday when I feel like I've adequately documented all the Sunshine State Ponces, I may formally prepare a piece on the subject. So if you know about other Ponce scores, please let me know! 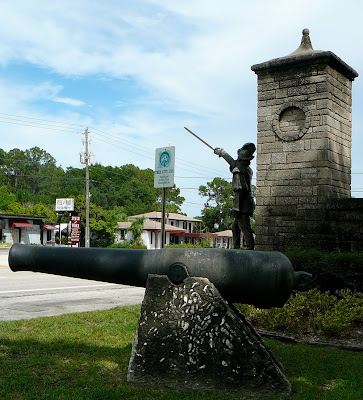 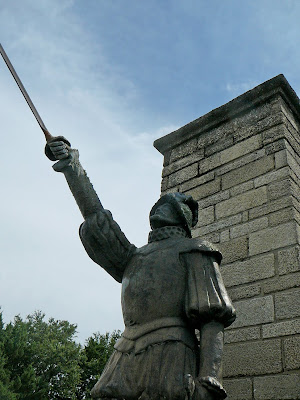 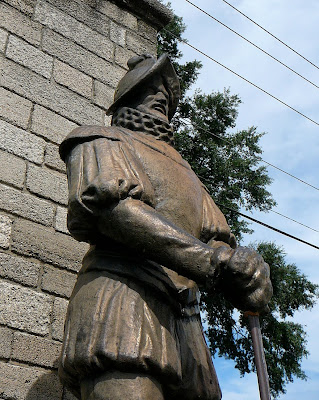 How I missed these wonderful twin Ponces, flanking either side of US1, can only be explained by the fact that I had rarely explored beyond the city's core. 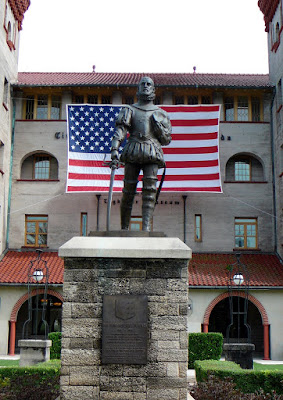 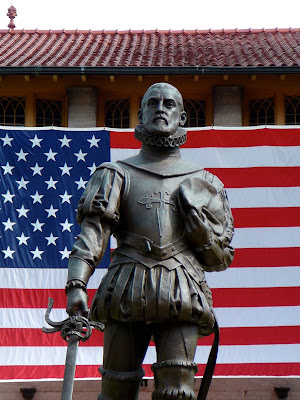 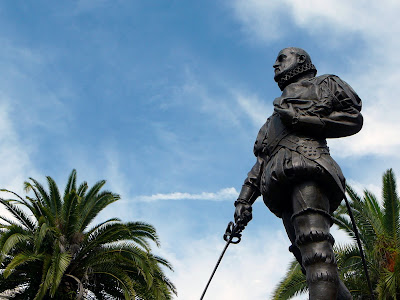 While he founded the city of St. Augustine and was the first governor of Spanish Florida, Pedro Menéndez de Avilés was no Ponce de Leon. I'd rank him behind de Soto in terms of celebrity conquistadors. 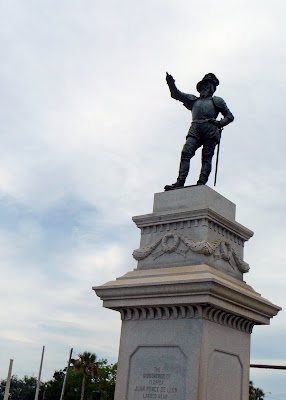 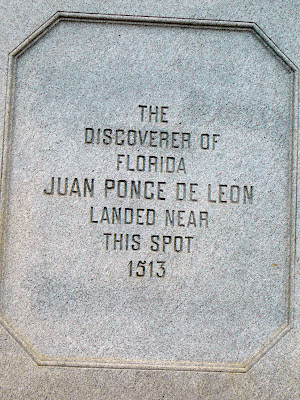 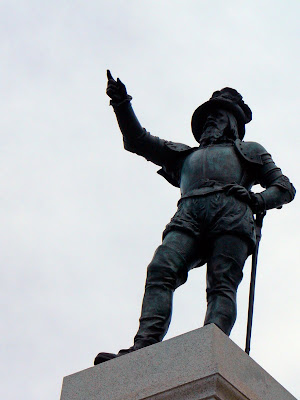 This statue of Ponce is located between the Bridge of Lions and the town square, which once was site of the slave market, a fact that he city of St. Augustine does not widely promote. 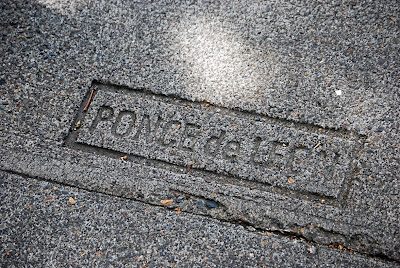 And finally I found this stamped into a sidewalk in downtown Portland Oregon. The adjacent street appeared to have been renamed, but this marker shows that Ponce's star power spread to the opposite corner of the country at one time.
Posted by Rick Kilby at 7:09 AM