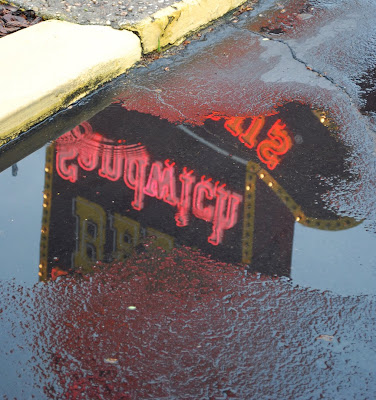 The great hillbilly road trip started off uneventfully with a rainy drive to my parent's house in Gainesville, formerly known as Hogtown. The weather cleared briefly so I could stop at a few of my favorite signs on US 441and grab a few images. 441 has been significant road in my life; my high school was located on the north end of 441 in Gainesville, my first job out of college was at the south end and if you followed the road north even further into Georgia eventually you'd end up in my Dad's home of Rabun County. I'd love to drive it the entire way but that would mean hours and hours of extra driving and we don't have that kind of time... 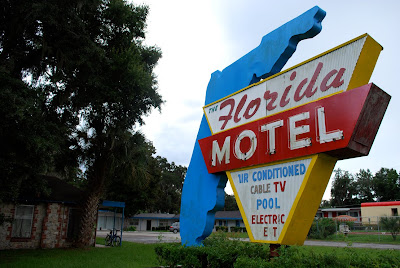 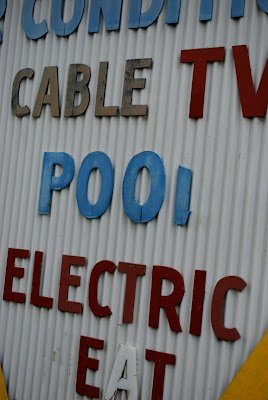 First the Florida Motel, which I've never photographed before. I used to produce a self promotional calendar called Florida Roadside Retro with my brother's images and this sign was one of the featured images. I noticed the hotel itself appeared to be made of chert; one major difference between North Central Florida and Central Florida is that up here they have more existing structures made of indigenous building materials. 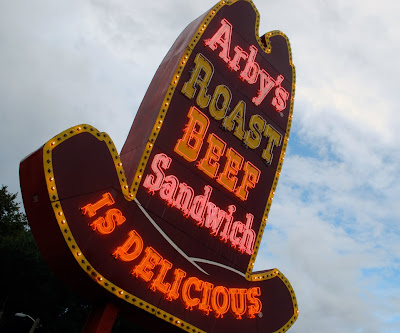 Further up 441 is the wonderful Arby's sign which is always lit and can be counted on to look great even on a rainy day like today. I used to ride down to this Arby's with high school friends for lunch and I miss Arby's milkshakes. 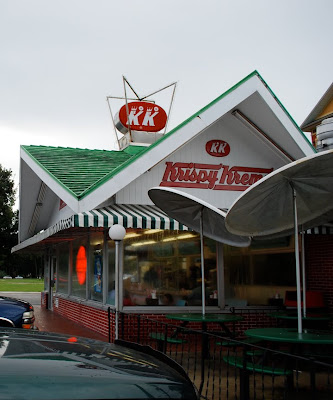 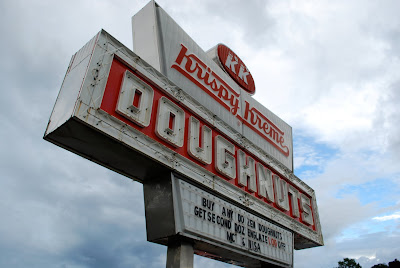 The amazing time machine that is Krispy Kreme donuts did not have its sign lit, but it was wonderful to see how remarkably unchanged it was. When my mom was trying to bribe us to go to First Methodist Church with her she used one of two bribes: Krispy Kremes or feeding the ducks at the duck pond. At that time my dad got all the religion he needed watching Country Gospel Jubilee on TV. I can still hear the theme song in my head to this day. 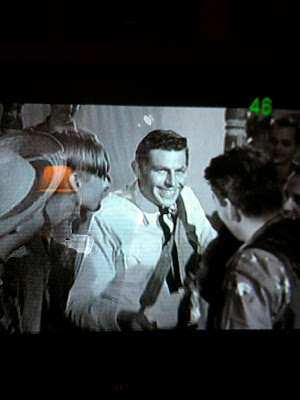 The closest thing to a hillbilly sighting was Andy Griffith in his first big screen role in 1957's "Face in the Crowd" on TCM. He played a pretty rotten dude, nothing like Sheriff Andy Taylor. Just outside of the room with the TV, images of my relatives from Andy Griffith's neck of the world line the hallway as if creating a path of our journey to begin... 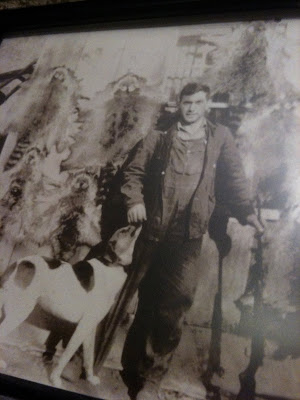 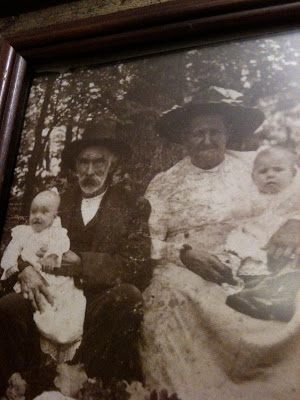 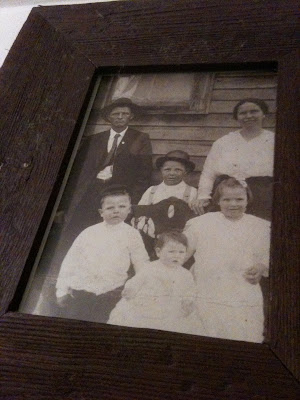 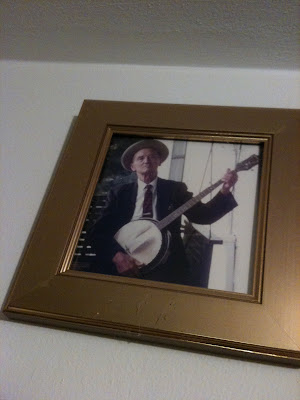